Bennifer 2.0: All you need to know about Jennifer Lopez and Ben Affleck’s romantic reunion 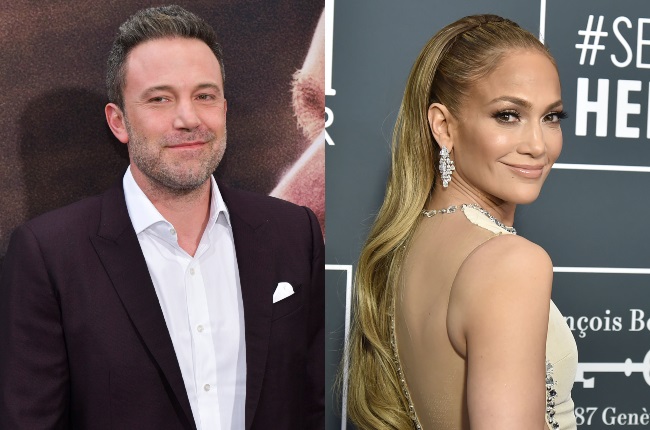 The famous exes, nicknamed Bennifer in their glitzy heyday, were one of the hottest couples of the early 2000s until it all went pear-shaped, so naturally news of their reunion has had fans in a frenzy. (CREDIT: Gallo Images / Getty Images)

There’s nothing quite like the flame of love rekindled to get people all excited – especially when they didn’t see it coming.

And especially after everyone tried to brush it off with “they’re just friends”. But where there is smoke, there’s fire.

And it seems the spark has been lit once again for Jennifer Lopez and Ben Affleck.

First they were spotted hanging out outside her LA mansion. A week later, Ben and J Lo sat side-by-side in an SUV.

Then Ben whisked his former fiancée off on a private jet for a romantic getaway at a luxury ski resort in Montana, where he apparently owns a chalet.

Pics of the pair were sneaked and wham! – Bennifer were leading every site in celeb news-land.

The 48-year-old actor is said to have initiated contact with Jen back in February, while she was shooting her upcoming film, Shotgun Wedding, in the Dominican Republic.

News site TMZ claims Ben emailed Jen to tell her “how beautiful she looked” while filming the movie, insiders say, and the pair kept in touch until she wrapped up filming in late April. A source says Ben wrote in one of his emails about being able to “own J Lo's heart” with his words after she gushed about his writing.

But insiders close to the Dinero singer’s team are quick to insist that her reunion with Ben didn't come until after she ended her engagement to Alex “A-Rod” Rodriguez.

"Jennifer was in contact with Ben before she split from Alex," adds the source.

“But they were friendly conversations and they didn't make a plan behind Alex's back that they would date."

Not that A-Rod is thrilled about how quickly Jennifer, who he dated for four years and proposed to in 2019, has moved on.

The former baseball player made a thinly veiled dig at his love rival when he was questioned about Ben and J’s getaway to Montana.

“Go Yankees!” Alex said with a wry smile when asked about the resurgence of Bennifer. Insiders have branded this fighting talk, given that Ben is a huge fan of rival baseball team the Boston Red Sox and refused to wear a Yankees cap while filming the movie Gone Girl.

A-Rod is said to be flabbergasted that the former couple have been spending time together barely a month after he and J Lo called off their engagement.

“A-Rod is shocked that she’s moved on,” an insider says. “He truly thought they would be able to make it work and reconnect. He has been reaching out to J Lo, trying to meet with her but she’s been very short with him.” 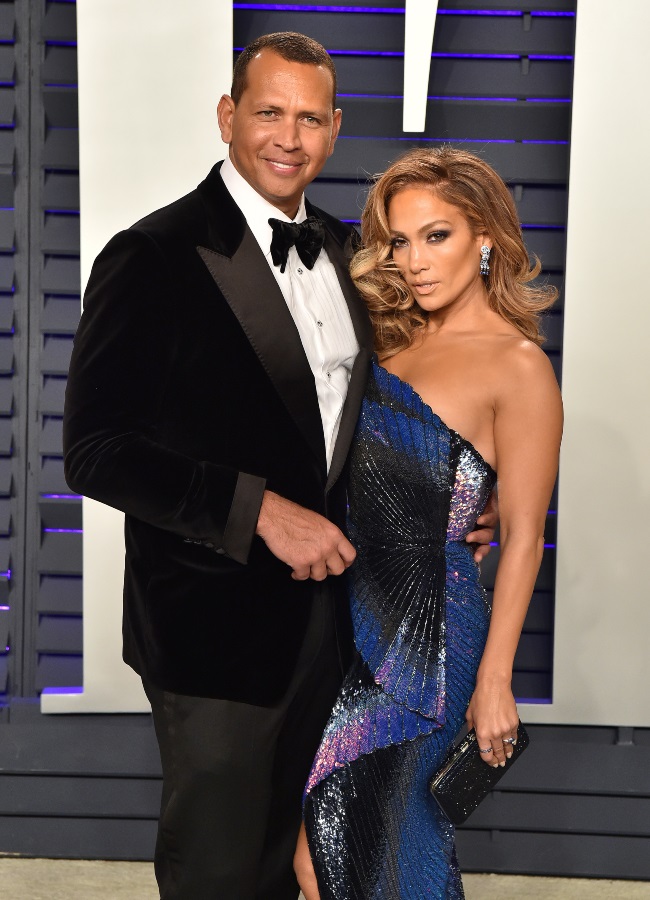 According to sources Alex Rodriguez, who Jennifer dated for four years and split from last month, is 'saddened' and 'upset’ about her reunion with The Way Back actor. (CREDIT: Gallo Images / Getty Images)

Ben’s ex-wife, Jennifer Garner, meanwhile is simply “trying to live her life and raise her kids”.

“The last thing she wants to be doing is dealing with Ben's love life,” a source says. “Her focus is always on the kids' happiness and Ben being a good father.”

The source adds Jennifer (48) “doesn't want to be a part of the circus or media attention in any way”.

And if Bennifer 2.0 unfolds anything like the first instalment did 17 years ago, “circus” is exactly the word.

From the box office flops to Ben’s cameo in the Jenny from the Block music video to the impressive pink-hued $2,5 million (then about R21m) engagement ring – their romance captivated the world.

The actors met on the set of Gigli, a rom-com that released in 2003. The movie bombed spectacularly, but sparks flew between the leading co-stars.

At the time, J Lo was still married to her second husband, dancer Cris Judd, but she and Ben took up their relationship soon after she divorced Cris in 2003. Jennifer and Ben first fell for each other on set of 2003 film Gigli, which went on to bomb at the box office. (CREDIT: 2003 Columbia Pictures / IMDb.com)

The now iconic music video features a steamy moment between Bennifer. The lovebirds sunbathe on a boat while Ben goes a bit over the top with the PDA on Jen’s famously bountiful booty.

The video also has a tongue-in-cheek reference to the tabloid obsession with their relationship, including surveillance camera footage and paparazzi photos of the two.

During a 2010 interview with British talk show host Graham Norton, J Lo spoke of the pressure the media put on their relationship. “It was like being under siege for two years straight.” Ben and Jen put on a steamy display on a yacht in the music video for Jennifer’s 2002 hit Jenny from the Block. (CREDIT: YouTube.com)

Ben popped the question with a pink diamond solitaire engagement ring. In an interview with talk show host Diane Sawyer, Jennifer shows off the 6,1 carat rock and raves about Ben being “brilliantly smart, loving, charming and affectionate.

“I just admire him in every way.” Jennifer showed off the massive pink sparkler during a press conference for Gigi in July 2003. (CREDIT: Gallo Images / Getty Images)

September 2003: The wedding is off

Just days before they were set to tie the knot in Santa Barbara, California, they released a statement saying they were postponing the wedding because of “excessive media attention”.

“When we found ourselves seriously contemplating hiring three separate 'decoy brides' at three different locations, we realised that something was awry. We felt what should have been a joyful and sacred day could be spoiled for us, our families, and our friends.”

Less than three months later, the couple confirm their split with separate statements, asking that their privacy be respected.

“I am not going to confirm anything about his personal life,” a spokesperson for Ben said. “We don’t want to get dragged into quicksand. Everybody wants a war. It’s not happening from our side.”

In her 2014 book, True Love, J Lo reflected on the period between announcing her split from Affleck and marrying Anthony.

"Ben and I split up at the moment when I thought we were committing to each other forever,” she said. “It was my first real heartbreak – it felt like my heart had been torn out of my chest." He married Jennifer Garner and the couple went on to have daughters Violet and Seraphina and son Samuel. The couple split 10 years later and finalised their divorce in 2018. Jennifer Garner poses alongside her father William and kids Violet, Seraphina, and Samuel at her Hollywood Walk of Fame ceremony in 2018. (CREDIT: Gallo Images / Getty Images)

"It's natural between them and the chemistry is unreal,” a source says. “They picked up where they last left off and are enjoying each other's company right now."

It seems the reunion already has the blessing of one of Ben’s closest pals, childhood friend and frequent collaborator Matt Damon. Although Ben's best friend didn’t confirm anything, he did express his excitement about their possible reconciliation during an appearance on the Today show.

“I love them both. I hope it's true. That would be awesome.”