Brad Pitt is suing Angelina Jolie for selling her shares in their French estate to a Russian oligarch. (PHOTO: Gallo Images / Getty Images)

Brad (58) filed a lawsuit against the Maleficent actress after she allegedly sold her shares of their French estate Château Miraval in the village of Correns to a Russian oligarch named Yuri Shefler, who controls the company Tenute del Mondo, in October 2021.

In the court documents, Brad acknowledges that the 46-year-old actress put in 40 percent of the estimated $60 million (then about R510 million) purchase price but states that he alone ensured the success of the winery.

Brad also mentioned that he agreed for Angelina to pursue the sale of the estate in September 2021 but did not consent to the sale to Tenute del Mondo.

“Jolie consummated the purported sale without Pitt’s knowledge, denying Pitt the consent right she owed him and the right of the first refusal her business entity owed his,” the court documents state.

“She sold her interest with the knowledge and intention that Shefler and his affiliates would seek to control the business to which Pitt had devoted himself and to undermine Pitt’s investment in Miraval.”

The Hollywood actor is now allegedly seeking monetary damages and legal fees and wants Angelina’s sale of the winery to be voided.

This comes after reports in October last year that the pair came to an agreement regarding the vineyard they’d shared in the French countryside, which was also the venue for their 2014 wedding.

The couple formerly known as Brangelina have been battling it out over the romantic 13th-century Château Miraval – a 400-hectare estate in the Provence region of southern France – in which they were equal shareholders.

It’s been alleged that things turned nasty when Angie tried to cut Brad out of the chance to make a profit on the sale.

“It’s another example of Angelina trying to circumvent the rules and avoid their obligations,” a source told Page Six. 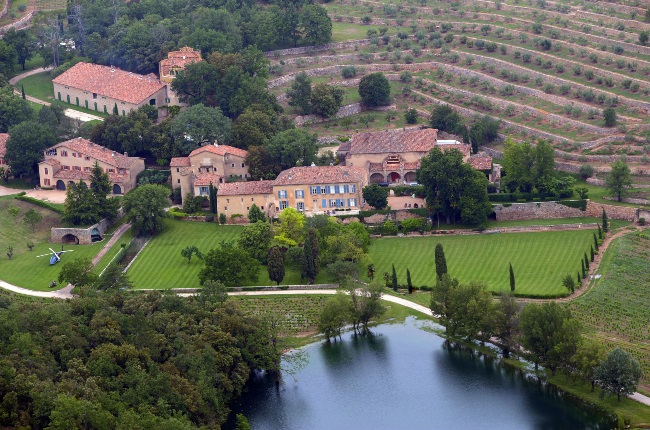 The former couple owned equal shares of the property and wine business. Château Miraval is a château and vineyard located in the village of Correns. (PHOTO: Gallo Images / Getty Images) The former couple owned equal shares of the property and wine business. Château Miraval is a château and vineyard located in the village of Correns. (PHOTO: Gallo Images / Getty Images)

The pair acquired Château Miraval in 2012. They decided to put their names on a line of rosé wine made from grapes grown on the property. According to Wine Spectator, the Hollywood power couple “partnered with the Perrin family of Château de Beaucastel to release their first wines in 2013”.

“For better or worse, given my compulsive nature, if we are going to be in the wine business, let’s make the best wine we can,” Brad told Wine Spectator. “I asked the question, ‘Why can’t we make world-class wine in Provence?’ Let’s approach it like a film, and let’s make something we can be proud of and people can enjoy.”

The picturesque vineyard, which has increased in value by more than $100 million (R1,5 billion) since they bought it, was also where their love was cemented.

Brad and Angie exchanged vows at Château Miraval in an intimate ceremony, with Angelina in a Versace gown and veil decorated with her children’s drawings.

Two years later it was all over and the pair have been fighting ever since over custody of kids Pax (18), Zahara (17), Shiloh (15) and twins Vivienne and Knox (13). Eldest son Maddox is now 20 and is therefore not part of any custody agreement. 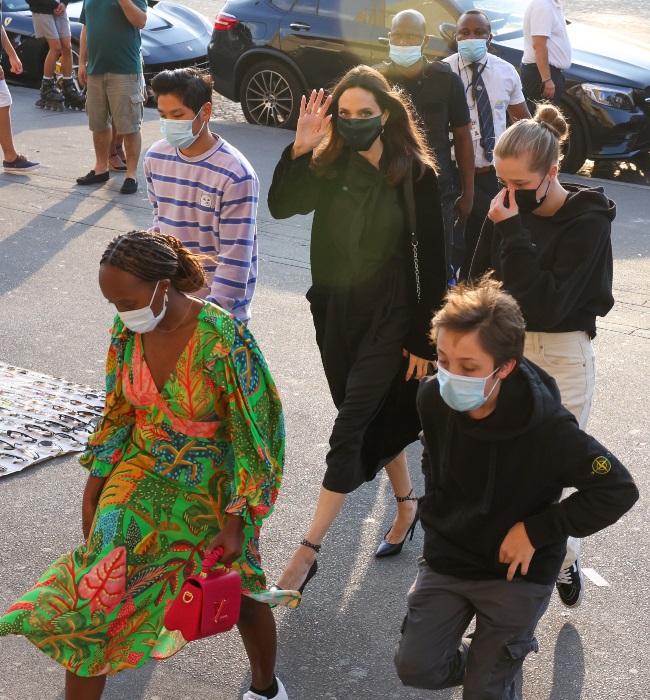 While Brad and Angie’s relationship has soured, the sprawling wine estate was once a place of happy memories and family holidays and even after their split it was reported that the pair wanted to hold on to the property as a legacy for their kids.

“It’s an investment for their family and their children. We have long-term projects and have just released the latest vintage of rosé with our names: ‘bottled by Pitt, Jolie and Perrin’ on it,” Miraval's vintner, Charles Perrin, told the Daily Mail in 2018.

Even as the relationship between Brad and Angie disintegrated, their devotion to Miraval continued, with the property being kept in tip-top shape. But in the end it seems the 35-room château served as too painful a reminder of happier times.

After purchasing Angie’s half in October, Tenute del Mondo, a subsidiary of the Stoli Group known for producing and managing a global spirits portfolio, released a statement about the exciting venture.

"We are thrilled to have a position alongside Brad Pitt as curators of their extraordinary vintages," said Stoli group CEO Damian McKinney.

We live in a world where facts and fiction get blurred
In times of uncertainty you need journalism you can trust. For 14 free days, you can have access to a world of in-depth analyses, investigative journalism, top opinions and a range of features. Journalism strengthens democracy. Invest in the future today. Thereafter you will be billed R75 per month. You can cancel anytime and if you cancel within 14 days you won't be billed.
Subscribe to News24
Related Links
Angelina Jolie returns to her activism roots with new book inspired by her own kids
‘I’ve been hurt’: Nicole Kidman makes a rare comment about her 11-year marriage to Tom Cruise
Beaten, abused, abandoned: how Johnny Depp was influenced by the ‘mean’ mom who he worshipped
Next on You
David Beckham sings Mariah Carey's All I want for Christmas and Victoria Beckham is here for it