Brie Larson is looking back at her past struggles with feeling "like an outcast." CREDIT: GALLO IMAGES/GETTY IMAGES

She’s one of Hollywood’s most bankable stars – so it’s hard to believe Captain Marvel’s Brie Larson spent years struggling with her self-image and self-esteem.

“I don't believe there’s a beauty standard. I struggled with feeling ugly and like an outcast for so much of my life,” the 31-year-old star recently told W magazine. “It took me a long time to be able to be totally comfortable with myself.”

Despite her insecurities, Brie said she’s been able to make peace with herself. “The thing that’s brought me solace is knowing I can be whoever I want to be with myself,” she said.

“What breaks my heart is to think of people in the world who don’t feel that they have safety within their own bodies.”

Nowadays, the Marvel star is putting her best foot forward to help others.

“That, to me, is my ultimate goal in life: to do whatever it is that I can so people have the freedom to express themselves and be exactly who it is that they want to be – whatever that is – knowing that that can also change.”

One of her best-known roles is the titular heroine Captain Marvel, but she also revealed that she initially passed on the role. The Oscar-winner described the audition process, saying she turned down Marvel Studio’s offer numerous times.

She remembers telling film execs: “Oh, I can’t do that. I have too much anxiety. That’s too much for me. I don’t think I could handle that.”

“I’m too much of an introvert. That’s way too big of a thing for me,” she recalled. “It was beyond my comprehension.”

When first approached about the character, Brie said she was making Kong: Skull Island with Tom Hiddleston and Samuel L Jackson and she didn't tell anyone (not even her mom) about the phone call. After the movie wrapped, she met with the Marvel team and admitted she was moved by what they were trying to achieve, with what they were talking about.

"I was very surprised by the way that they were talking about feminism and the way they were handling it,” she added. “They were like all female writers. Female director. Going to have as many female voices in this as possible.”

Earlier this year the actress launched a YouTube channel. As well as using it to connect with fans, she’s used the platform to talk about the many film roles she went for.

"The ones from when I was a kid really, really still sting," she said. "Like it was down to me and another girl for Smart House, the Disney Channel Original Movie, and I didn’t get it. That was a big bummer."

"Spy Kids!" she added. "I mean, did I have any business even auditioning for Spy Kids? Absolutely not. Did I want to be a child spy? Definitely."

When she first entered the public eye, Brie was a teen pop star with a wardrobe to match – think jean mini-skirts and sequined tank tops. Over the years, we’ve watched her morph into a serious actress, thanks in large part to roles in films like Short Term 12 and Room. Here’s a look at how the actress’ red-carpet style has evolved over the years. At a Popstar! Magazine party in Los Angeles in 2004. CREDIT: GALLO IMAGES/GETTY IMAGES 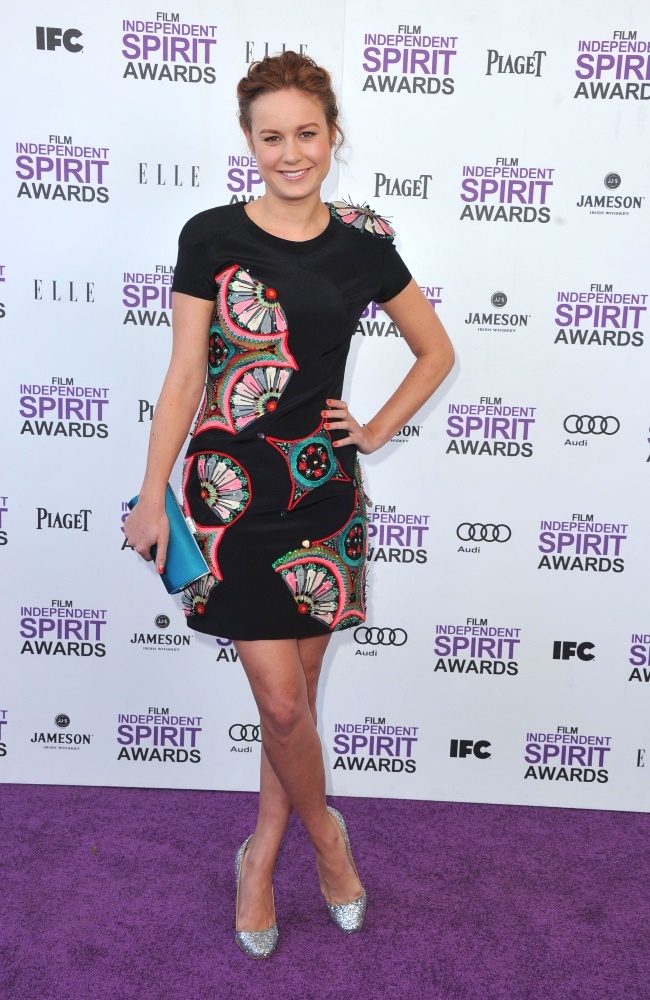 At the Independent Spirit Awards in California in 2012. CREDIT: GALLO IMAGES/GETTY IMAGES At the Vanity Fair Oscar Party in California in 2015. CREDIT: GALLO IMAGES/GETTY IMAGES At the European premiere of Kong: Skull Island in London in 2017. CREDIT: GALLO IMAGES/GETTY IMAGES At the Captain Marvel European Gala in London in 2019. CREDIT: GALLO IMAGES/GETTY IMAGES