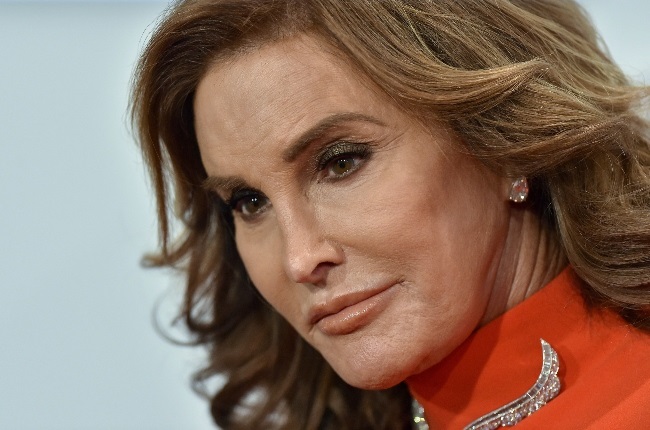 Caitlyn Jenner says she is standing up for women's sports as she supports the new swimming ban on transgender athletes. (PHOTO: Getty Images)

Transgender Olympian Caitlyn Jenner has come out in support of a new policy that prohibits transgender women from competing in swimming events.

In a landmark decision, international professional swimming body Fina has banned transgender athletes from competing in women’s races. Under the new rules, transgender swimmers must have completed their transition by age 12 to be able to compete in women’s competitions.

They must also provide proof that they’ve constantly suppressed their testosterone levels since their transition.

Caitlyn, who famously won gold as Bruce Jenner in 1976, says she took a lot of flack for her sentiments but she believes it's the right move.

“I took a lot of heat – but what’s fair is fair. If you go through male puberty you should not be able to take medals away from females,” she says.

The vote was passed with a 71% majority during a general congress at the World Championships in Budapest, Hungary.

It comes after University of Pennsylvania swimmer Lia Thomas smashed several swimming records at college swim meets this year, raising questions about the role of testosterone in athletic performance.

Lia, who transitioned in 2019, was catapulted into the center of the international debate over whether transgender girls and women should be allowed to participate on female sports teams.

Critics, like Caitlyn, argued that she should compete separately because her body underwent changes during puberty that gave her a lasting, unfair advantage.

“Thanks to all of you that stood with me as I talked about what should be obvious – not anti-LGBT but common sense. I am glad the international athletics community is speaking out. I will continue to speak out, act and advocate for women in sports,” she says. Caitlyn, known as Bruce Jenner at the time, holds the Olympic Torch with ex-wife Kris and daughter Kendall during the torch relay for the XXVI Summer Olympic Games in 1996. (PHOTO: Getty Images)

Caitlyn, who publicly came out as transgender in 2015 in a Vanity Fair article, has been quite vocal on the topic, saying girls’ school sports need to be protected.

In an interview earlier this year, she said she respects Lia’s right to transition and wished her a wonderful life.

“But,” the Olympian added, “she grew up as a biological boy and I don’t think it’s fair that she’s competing in women’s sports.

“Three years earlier, she was on the men’s team ranked 462. Now she’s number one in the same event for women? Obviously, it’s not fair.”

Caitlyn didn't back down on her opinion, even after media reports admonished her views.

“I just had the balls to stand up for women and girls in sports," she said on social media.

His spokesperson Max Blain said, “The Prime Minister believes decisions are ultimately for sporting bodies but we welcome that FINA have taken a decision at the elite level which has been considered and based upon fairness and inclusion.”

In a statement, Fina president Husain Al-Musallam said the new policy included proposals for an open competition category, which will accommodate transgender men and women.

The swimming body will establish a new working group that will spend the next six months looking at the most effective ways to set up this new category. “Fina will always welcome every athlete. The creation of an open category will mean that everybody has the opportunity to compete at an elite level. This has not been done before, so Fina will need to lead the way. I want all athletes to feel included in being able to develop ideas during this process,” Husain says.

A day after Fina's rule was implemented, the International Rugby League banned all transgender women from participating in international matches as it works on rules pertaining to transgender players.

Track and field body, World Athletics, and soccer federetion, Fifa, have also indicated they might be following suit.

“FIFA is currently reviewing its gender eligibility regulations in consultation with expert stakeholders,” a spokesperson said.

“Due to the ongoing nature of the process, FIFA is not in a position to comment on specifics of proposed amendments to the existing regulations,” the spokesperson added.

We live in a world where facts and fiction get blurred
In times of uncertainty you need journalism you can trust. For 14 free days, you can have access to a world of in-depth analyses, investigative journalism, top opinions and a range of features. Journalism strengthens democracy. Invest in the future today. Thereafter you will be billed R75 per month. You can cancel anytime and if you cancel within 14 days you won't be billed.
Subscribe to News24
Related Links
How Kris and Caitlyn Jenner have mended their relationship seven years after her transition shock
Caitlyn Jenner opens up: I’m much closer to Kylie than secretive Kendall
Caitlyn Jenner on O.J. Simpson: 'I knew he was guilty'
Next on You
Emme follows in mom Jennifer Lopez's footsteps and gives a praiseworthy performance on stage