Chrissy Teigen has received backlash after recently speaking out about her life-saving abortion. (PHOTO: Getty Images)

Chrissy Teigen is hitting back at vicious trolls slamming her for sharing that she previously had a life-saving abortion.

The cookbook author recently revealed that the loss of her unborn son Jack in September 2020, with husband John Legend (43), had ended in an abortion. Although she previously described it as a miscarriage.

“It became very clear around halfway through that he wouldn’t survive, and that I wouldn’t either without any medical intervention,” Chrissy (36) said during a summit earlier this month.

“Let’s just call it what it was: it was an abortion,” she continued. “An abortion to save my life for a baby that had absolutely no chance. And to be honest, I never ever put that together until, actually, a few months ago.”

This comes after the US supreme court overturned Roe v Wade earlier this year, ending the nationwide right to an abortion. As a result, all abortion was made immediately illegal in a number of American states.

Chrissy took to social media in October 2020 to share the heartbreaking news of losing her baby boy, Jack, 20 weeks into her pregnancy.

"To our Jack - I’m so sorry that the first few moments of your life were met with so many complications, that we couldn’t give you the home you needed to survive.  We will always love you," Chrissy said in her post.

She experienced bleeding almost from day one and detailed the drama with her 32,9 million Instagram followers. Things went from bad to worse and she was admitted to hospital for bed rest and blood transfusions – and then came the devastating news. Jack was gone, delivered stillborn at just 20 weeks, a tragic end to a life that just wasn’t meant to be.

Just a month after the loss of her baby, the former Sports Illustrated swimsuit model has her little one’s name inked on her right wrist in memory of him.

After discussing the experience, which she now describes as an abortion, Chrissy has received hateful messages from critics on social media, including some who accused her of lying.

She shared screenshots of the “brutal” comments section from what she said was Glamour’s Instagram post about her abortion. 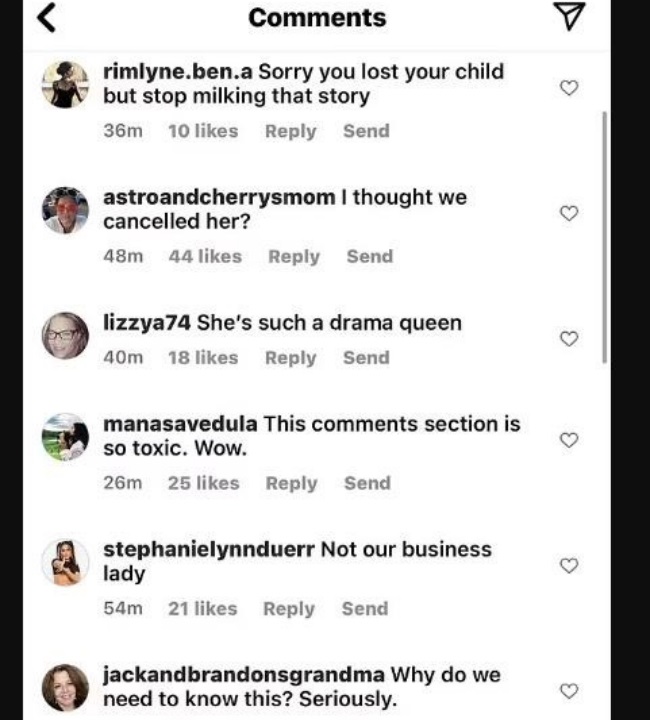 “I knew this would happen, and honestly I’ve already seen you do your worst so if this makes you feel better, great,” she tweeted in response to the backlash. “It doesn’t make me feel worse though.”

Nearly a year after their loss in September 2020, Chrissy and John announced this year that they are expecting another baby. The pregnancy came as a welcome surprise after the couple struggled to conceive despite several IVF cycles.

"Every appointment I’ve said to myself, “ok if it’s healthy today I’ll announce” but then I breathe a sigh of relief to hear a heartbeat and decide I’m just too nervous still. I don’t think I’ll ever walk out of an appointment with more excitement than nerves but so far, everything is perfect and beautiful and I’m feeling hopeful and amazing," she shared in her post.

We live in a world where facts and fiction get blurred
In times of uncertainty you need journalism you can trust. For 14 free days, you can have access to a world of in-depth analyses, investigative journalism, top opinions and a range of features. Journalism strengthens democracy. Invest in the future today. Thereafter you will be billed R75 per month. You can cancel anytime and if you cancel within 14 days you won't be billed.
Subscribe to News24
Related Links
Chrissy Teigen celebrates 100 days of sobriety and admits they travel with baby Jack's ashes
‘This is a devastating time’: Britney Spears on dealing with her miscarriage
‘I've never felt so lonely in my life’: Jessie J opens up about her heartbreaking miscarriage
Next on You
Paris Hilton hires a detective, a psychic and a dog whisperer to find her missing pooch