Clothing chameleons: how the Kardashian sisters’ style is influenced by the men they’re dating You had to be blind not to notice how Kim Kardashian’s style switched after she hooked up with Kanye “Ye” West. That’s because the rapper went to great lengths curating her closet according to his vision.

In the latest episode of The Kardashians, Hulu’s continuation of the family's successful reality TV show, Kim revealed one of the hardest parts of their split was rediscovering her own style.

Kim (41) opened up about how styling herself has become super stressful since their divorce. Months after leaving her ex, she still finds selecting outfits very difficult because Ye always approved her look before they stepped out in public.

“I got to the point where I'd ask him for advice for everything, down to what I wear. Even now I’m having panic attacks, like, 'What do I wear?' ” she says.

Recently, the reality TV star and businesswoman dressed herself in a dark brown leather Fendi X SKIMS dress with matching gloves for the 2021 WSJ Magazine Innovator Awards – and Ye wasn't happy about the way she looked.

He called her afterwards and told her that her "career is over", she says. “Then he showed me a picture of Marge Simpson wearing something similar."

Though Ye often criticised her fashion choices, the mom of four says she didn’t realise it was affecting her soul and spirit. Later in the episode, Kim goes on to say she'd always struggled to be a visionary and that Kanye would even tell her how to do her makeup and style her hair.

“That’s his love language, clothes. And so I always just trusted in him, but it’s not just about clothes. That was the last thing we had, really, in common,” she says.

Now that she's in a happy relationship with comedian Pete Davidson, she's trying to figure out who she is.

"I was always the Kardashians with my sisters, and then I was Kimye, like, who is Kim K? That's the jump. How do I get there without Kanye? When I filed for divorce, it’s been 10 months now, and I’m finally just like stepping out, being like, ‘I can do this’,” she says. Kim says Ye often told her what to wear and how she should do her makeup and style her hair. (PHOTO: Gallo Images/ Getty Images)

Kim isn't the only Kardashian whose fashion and style has been influenced by their partners.

Older sister Kourtney (43) has been the talk of the town since she started dating rocker Travis Barker (46), whom she's now wed.

The Poosh founder has been sporting an edgier look with a choice of latex dresses, spiked hoodies, and chunky combat boots. “It’s so crazy how she changed her style now that she’s with him,” says a fan on social media. 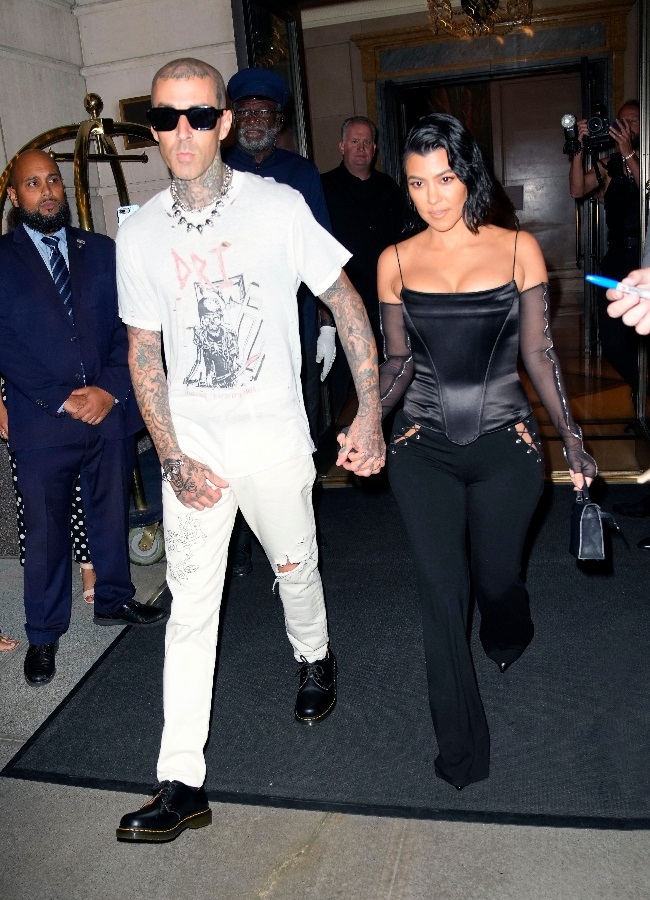 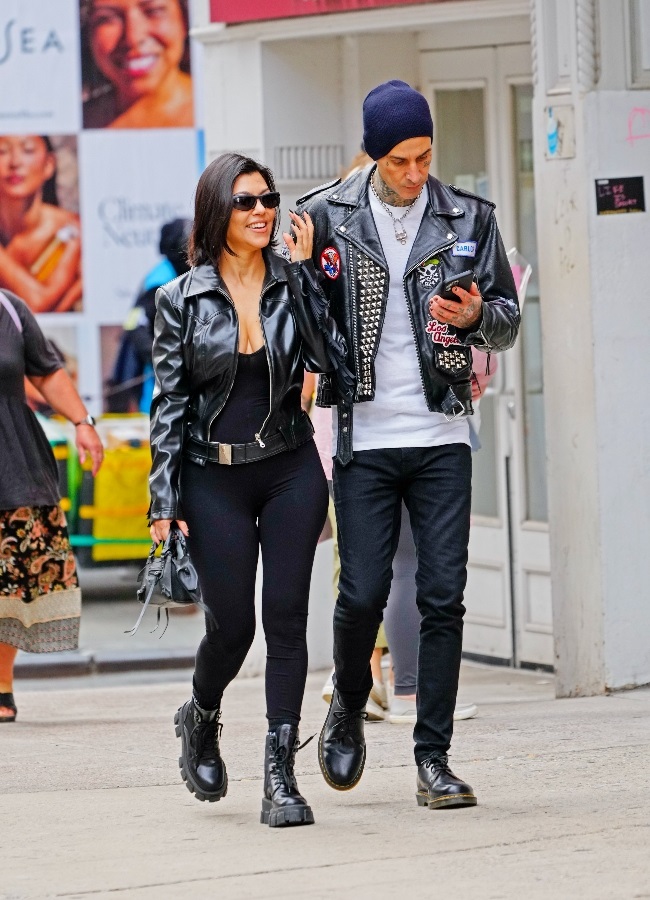 “She changed her whole look for him,” another adds.

The pair surprised fans when they wed in a courthouse Santa Barbara, California, on Sunday 15 May.

It's not the first time they said "I do", though. Kourtney and Travis made headlines when they got married in Las Vegas last month. Kourtney called it a practice run because they didn't obtain a marriage licence.

Now it seems they've tied the knot for real. Sources close to the couple say they wed at the weekend to get legal papers ahead of their big wedding in Italy. The wedding is set to happen soon and the Kardashian-Jenner clan are all said to be excited about Kourtney's big day.

Even though her grandmother, Mary Jo Campbell, was the only relative to witnesses the courthouse wedding, the famous family all support the union.

“Kourtney is over the moon and so excited to start this next chapter with Travis. They were excited about this day and madly in love,” an insider says.

The mom of three wore a white mini dress with a veil for the wedding, while Travis looked classy in a black button-down jacket.

Kourtney's non-traditional wedding look is a far cry from what she used to wear when she was still with Scott Disick, the father of her children.

In the nine years they were together, the two would often coordinate with bright, preppy outfits. Back then, her glam consisted of up-dos and red lipstick, whereas she now prefers a short bob and more natural makeup. She turned heads when she first swopped her preppy looks for a sexier style when she started dating Algerian-born model Younes Bendjima (29) on and off from 2016 to 2020. But while many may think she changes her style to match her man, it seems Kourtney has always been a rocker girl at heart. She's said to be an avid collector of vintage pieces and tends to gravitate towards vegan leather, Metallica T-shirts, and jackets, much to the delight of her now husband.

Whatever the reason, it seems that for the Kardashians, with every new man comes a new wardrobe.

We live in a world where facts and fiction get blurred
In times of uncertainty you need journalism you can trust. For 14 free days, you can have access to a world of in-depth analyses, investigative journalism, top opinions and a range of features. Journalism strengthens democracy. Invest in the future today. Thereafter you will be billed R75 per month. You can cancel anytime and if you cancel within 14 days you won't be billed.
Subscribe to News24
Related Links
WATCH: Kourtney Kardashian and Travis Barker slammed for raunchy behaviour at friend’s wedding
Blink-182’s Travis Barker credits girlfriend Kourtney Kardashian for his first flight 13 years...
The Kardashians 10 years on – you won’t believe how much the first family of reality TV have...
Next on You
Blue Ivy's high-flying life: mansions, yachts and millions in the bank for Beyoncé's mini-me