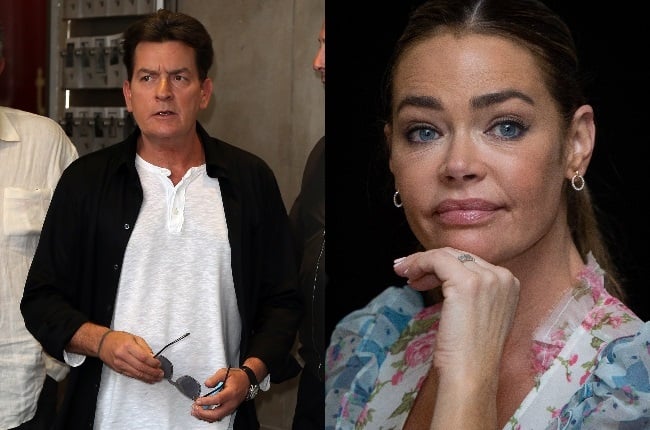 A court in Los Angeles recently ruled that Charlie Sheen no longer has to pay ex-wife Denise Richards child support for their two daughters.

A judge adjusted the actor’s child support payments to “zero dollars per month” now that the former couple’s 17-year-old daughter, Sami, is residing with him.

This comes after Charlie (56) filed a request for an order to change the child-support agreement back in December 2019.

“I think what transpired today is extremely fair,” the Anger Management star said after the court ruling. “It speaks not just to today, but it speaks historically to that same fairness.”

Denise (50), who was working outside the state of California, wasn’t present during the court ruling and was never told about the court date, according to an insider.

“Charlie filed two years ago and kept pushing the court date, so Denise was surprised that it happened yesterday while she’s out of town filming.

“She was blindsided. Now he’s manipulating the situation,” the source alleges.

In court, Charlie’s attorney, Gregory Pedrick, argued that his client already had full custody of daughters Sami and Lola (16) since April and so shouldn’t be paying child support.

But a source close to Denise alleges Lola has been living with Charlie only when Denise is away filming.

“Lola doesn’t live with Charlie. She lives with both her parents and stays with Charlie when Denise is out of town.

“When Denise is back, Lola will be with her. This is disappointing for Denise, but also not surprising. Charlie is pitting the girls against their mother, which is horrible,” the insider told People magazine, adding that Charlie hasn’t paid child support in four years. But in court Pedrick claimed the Golden Globe winner had been overpaying Denise monthly in child support and set up $1,2 million (R18 million) for their daughters after filing his first petition in 2019.

The court ruling comes a month after Sami took to TikTok, alleging that living with Denise and her stepfather, Aaron Phypers (48), has been hell.

“One year ago today: trapped in an abusive household, hated myself, would go days without eating or sleeping, insanely depressed, hated school, etcetera,” she said in her video.

But a source close to Denise says Sami didn’t want to follow her mom’s house rules.

“Charlie didn’t support implementing Denise’s rules. He has a different way of parenting and Sami decided to live with her dad,” the insider said.

“Denise loves Sami very much and Sami loves her. Denise is saddened by the entire situation. She’s a mother who wants to protect her kids.

“They need structure and rules and Charlie is permissive. Denise just wants the best for them.”

He then married actress Brooke Mueller (44) in 2008 and they had twin sons Max and Bob (12) before splitting up in 2011. He also has an adult daughter, Cassandra Estevez (34), whose mom was his high school sweatheart, Paula Profit (56).

Denise adopted her youngest daughter, Eloise (10), in 2011 and tied the knot with Aaron, who runs a light- and sound-therapy centre, in 2018.

We live in a world where facts and fiction get blurred
In times of uncertainty you need journalism you can trust. For only R75 per month, you have access to a world of in-depth analyses, investigative journalism, top opinions and a range of features. Journalism strengthens democracy. Invest in the future today.
Subscribe to News24
Related Links
‘I’ve been hurt’: Nicole Kidman makes a rare comment about her 11-year marriage to Tom Cruise
Angelina Jolie recalls period when she felt 'broken' and ‘wanted to hide under the covers’
Sparks fly! Custody battle between Brad Pitt and Angelina Jolie heats up
Next on You
Court finally gives ‘controlling’ Jamie the boot – but it’s not over for Britney Spears just yet