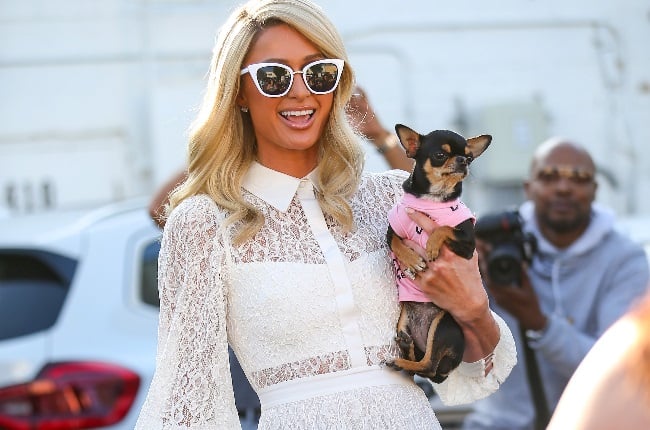 What's been dubbed the “biggest dog hunt in Hollywood history” has come to a tragic end as experts believe Paris Hilton’s pet chihuahua was snatched by a hungry coyote in the Hollywood Hills in Los Angeles, California.

The last 18 days have been traumatic for the 41-year-old celebrity as she brought together an army of animal experts – including a dog whisperer, pet detective and dog psychic – to find her missing dog, Diamond Baby.

In addition to mobilising her dog hunt army, Paris took to Instagram and involved the public by offering a $10 000 (about R180 000) "no questions asked" reward for anyone who knows the whereabouts of her missing pooch.

“I’ve been scared to put out an APB [an all-points bulletin] to the public for her because people can be cruel and I worry about her safety, but I’m desperate and the more time that passes, the further away I feel the chances are of me getting her back,” she says in the post.

READ MORE| Paris Hilton hires a pet detective, a psychic, and a dog whisper to find her missing pooch

But sources close to the investigation say things aren’t looking good as there hasn't been even a single sighting of the dog. Coyotes are found throughout most of California. (PHOTO: Getty Images)

They believe that if it was a dognap, there would've been a ransom request but so far, Paris has received no calls.

"From the beginning the fear has always been that, because of the terrain, Diamond Baby may have fallen victim to wild coyotes. There's been a record heatwave in LA and coyotes are coming into residential neighbourhoods looking for food and water. They're starving,” the source says.

The heiress is “very sad and heartbroken” but she’s not giving up on her baby and hopes that the six-year-old doggie returns home someday.

It's not the first time Paris has experienced the loss of a pet. In 2008, the socialite was devastated after two of her dogs were attacked by coyotes. The two pups were reportedly outside her Mulholland Estates mansion when the incident happened.

She also lost another chihuahua, Tinkerbell, who died of old age at the age of 14. At the time, Paris paid tribute to the dog, saying that it had "lived a long, beautiful, luxurious & exciting life".