He was a member of one of the most successful boybands but behind the glitz and glamour of the A-list life, Liam Payne was battling addiction and suicidal thoughts.

Liam (27) says his substance abuse spiralled out of control until he hit "rock bottom".

“I was worried how far my rock bottom was going to be. Where’s rock bottom for me? And you would never have seen it. I’m very good at hiding it,” he said on a recent episode of British podcast The Diary of a CEO.

"There’s some stuff that I’ve definitely never, never spoken about. It was really, really, really severe. It was a problem. And it was only until I saw myself after that I was like, ‘Right, I need to fix myself’,” he told podcast host Steven Bartlett.

The singer revealed he’d now been sober for just over a month after hitting the bottle during lockdown. 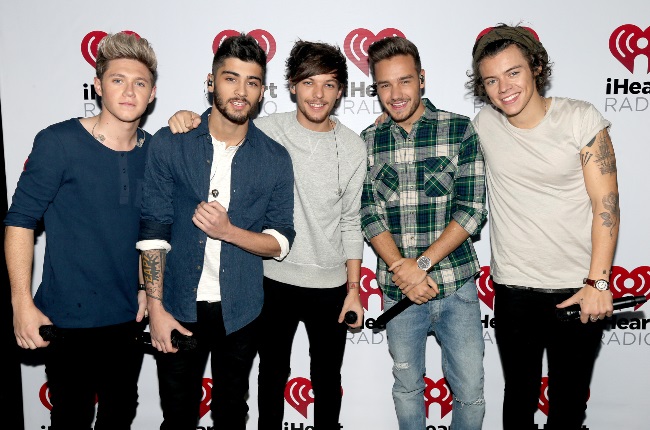 Liam shot to fame a little over a decade ago along with Harry Styles, Zayn Malik, Louis Tomlinson and Niall Horan, who came together on UK talent show The X Factor to become One Direction. The pressure that came with being famous at a young age affected his mental health, Liam said, adding that the teenage pop stars often found themselves unable to leave their hotel rooms and would turn to alcohol to de-stress.

“In the band the best way to secure us, because of how big we’d got, was just to lock us in our rooms. What’s in the room? A mini-bar,” he said.  “So, at a certain point, I just thought, ‘Well, I’m going to have a party for one.’ And that just seemed to carry on throughout many years of my life."

He reveals that One Direction’s demise had actually saved his life. “The day the band ended, I was like, ‘Thank the Lord.’ I know a lot of people are going to be mad at me for saying that, but I needed to stop or it would kill me.”

Liam says he and Harry are still close pals. “I had a lovely phone call from Harry the other day – he was checking in on me. It’s almost as if some people have got a sixth sense about when you’re going through something and want to check in. He’s very much like that. He’s a lovely, lovely boy. I love him to pieces.”

The Strip That Down singer also revealed that he’d called off his engagement to model fiancée Maya Henry a few months ago. The couple got engaged in August last year after he popped the question with a £3 million ring.

'The day the band ended, I was like, ‘Thank the Lord.’ I know a lot of people are going to be mad at me for saying that, but I needed to stop or it would kill me.'
Liam Payne

He’s now focusing on working on himself, losing weight and being a father to three-year-old Bear, his son with ex-girlfriend Cheryl Tweedy.

“The hardest part for me was the alcohol. You can’t train and drink. You’re either going to be a rock star or a star at the gym. That’s your choice,” he says about his decision to quit drinking.

All five 1D members have had solo music careers since the band broke up. Check out their post-1D trajectories:

We live in a world where facts and fiction get blurred
In times of uncertainty you need journalism you can trust. For only R75 per month, you have access to a world of in-depth analyses, investigative journalism, top opinions and a range of features. Journalism strengthens democracy. Invest in the future today.
Subscribe to News24
Related Links
Inside Harry Styles and Olivia Wilde’s hot new romance, and why he doesn’t care about the 10-year...
THE BIG READ | Actor Anthony Hopkins opens about his alcohol addiction and crippling self-doubt
SNAPPED! The pics that prove celebs are just like us sometimes
Next on You
Charlize Theron shares rare glimpse of her daughters: a lookback at her parenthood journey