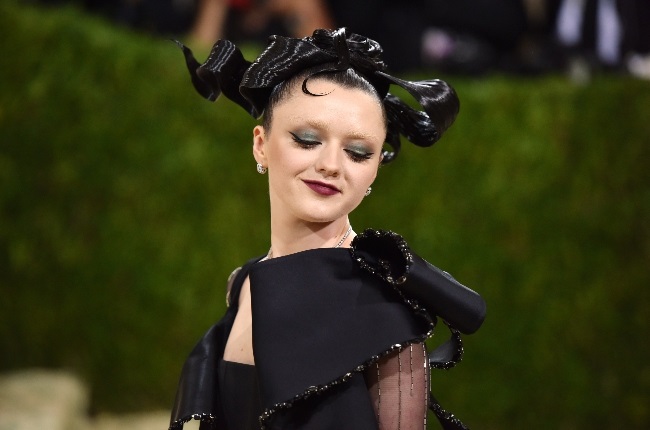 Maisie Williams says she struggled to sleep for a long time due to her traumatic childhood. (PHOTO: Getty Images)

She portrayed the impulsive and fearless Arya Stark on one of the biggest shows on TV, but Maisie Williams' real life has been marred by fear and pain.

The Game of Thrones star has given an emotional account of her tattered relationship with her father.

Speaking about it for the first time as a guest on British businessman Steven Bartlett’s The Diary of a CEO recently, Maisie said she’s had a traumatic relationship with her father since before the age of eight.

“I don't really want to go into it too much because it affects my siblings and my whole family,” says Maisie, whose real name is Margaret Constance Williams.

Maisie’s mother, Hilary Pitt Frances, who’s also her manager and personal assistant, fled the household, leaving her in her dad's care from the time she was four months old.

The award-winning British actress says the dynamics of the relationship consumed a lot of her childhood and she has struggled to sleep for as long as she can remember.

“I think a lot of the traumatic things that were happening, I didn't realise that they were wrong.”

One day Maisie became aware that other children were not exposed to the “pain or dread or fear” she was subjected to.

Breaking down into tears, the 25-year-old recalled a day her teacher pulled her aside out of concern for her wellbeing and asked her if she'd had breakfast.

Maisie said no, and that it was a normal practice at home to skip meals.

The teacher was asking the right questions, she told Steven, because as much as she was surrounded by people who loved her, they never asked questions that would allow her to speak up. She landed her role as Arya Stark in Game of Thrones at the tender age of 12 and starred in the series for a decade. (PHOTO: Getty Images)

As a result of the conversation, Maisie's mother was alerted and came to school to fetch her and her siblings.

“It was the first time that all of the doors were sort of open and all of these things that we were experiencing were out on the table," Maisie recalls.

But she adds that despite everything she still felt a loyalty towards her father and tried to defend him by insisting that the things she'd experienced in his home weren't so bad and that she didn't want to be taken away from him.

“I was indoctrinated in a way. I think that's why I'm obsessed with cults. I get it. I get it. I was in a child cult against my mother... So I really was fighting it in the beginning.

“My whole world flipped on its head. Even though all these things that I was feeling, I thought, ‘Oh my God I'm so glad I don't have to see my dad anymore.’ It still was like against everything that I had ever known to be true," Maisie says.

She added that for a long time she was anxious as a result of what she'd gone through.

“I just had that sense of impending doom and I didn’t know how to make it go away”.

Maisie has previously spoken candidly about her mental health journey and the effects of gaining fame at the age of 12 in Game of Thrones, which essentially meant that she grew into womanhood in front of the camera.

“I think that when I started becoming a woman, I resented Arya because I couldn’t express who I was becoming,” she told British GQ.

In an episode of the American podcast, Happy Days, she spoke of how she has overcome her unhappiness and anxiety by learning to focus on herself.

“It sounds really hippy-dippy and, like, look within you to find peace, but it is true… At the end of your day, you're making yourself feel this way for a reason.”

Since Game of Thrones ended, Maisie has had a number of roles in other shows, including the dramedy Two Weeks to Live, animated adventure series Gen: Lock and biographical series Pistol, which tells the story of Sex Pistols guitarist Steve Jones.