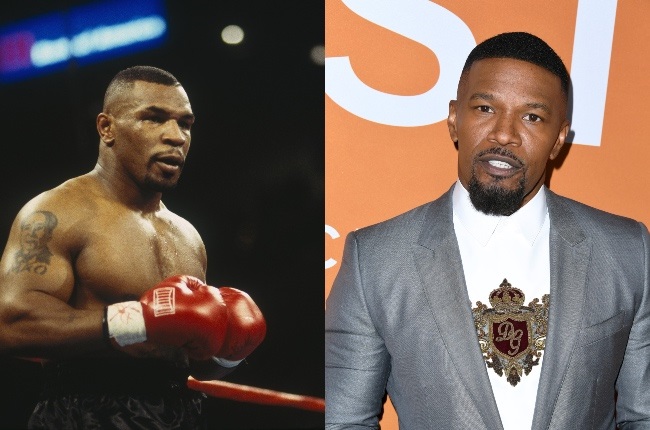 Jamie Foxx is preparing to transform into one of the greatest boxers of all time.

The 53-year-old will play legendary fighter Mike Tyson in a limited TV series – and although it’s not yet clear where or when it will be screened, it already has big names onboard.

Legendary filmmaker Martin Scorsese has been named as one of the executive producers along with Iron Mike himself and his wife, Kiki.

Mike has thrown his weight behind the project and will be hands-on to make sure his story is made in an “inspiring and entertaining way”, he says. Mike Tyson is fully supportive of the new biopic and will be on hand to advise on the storyline. (PHOTO: Gallo Images/Getty Images) Mike Tyson – seen here in a world heavyweight title fight against the UK's Lennox Lewis – is known as one of the greatest boxers in the sport's history. (PHOTO: Gallo Images/Getty Images)

“I have been looking to tell my story for quite some time,” the 54-year-old former heavyweight champ said in a statement. “With the recent launch of Legends Only League [a sports league he created] and the excitement from fans following my return to the ring, now feels like the perfect moment.”

The boxer recently pulled no punches about a Hulu project being made about him called Iron Mike. It’s being produced by Hollywood star Margot Robbie and Mike bashed it in February for being “tone-deaf”.

“Hulu’s announcement that they were going to do an unauthorised miniseries of my life, although unfortunate, isn’t surprising. This announcement on the heels of social disparities in our country is a prime example of how Hulu's corporate greed led to this tone-deaf cultural misappropriation of my life story.

“To make this announcement during Black History Month only confirms Hulu's concern for dollars over respect for black story rights. Hollywood needs to be more sensitive to black experiences especially after all that transpired in 2020.” A scene from the movie Ray starring Jamie Foxx as the singer Ray Charles, for which he won an Oscar. (PHOTO: Alamy)

Mike is reportedly delighted that Jamie will be playing him – and with good reason. The star won an Oscar for his portrayal of blind singer Ray Charles in the 2004 biopic Ray and knows a thing or two about immersing himself in a real-life character.

Jamie says he first met the 54-year-old when he was performing stand-up comedy at the age of 22 and he’s been hard at work for months bulking up for the meaty role.

Last year he shared photos on Instagram of his body transformation.

“The first but biggest task is to transform the body. With a regimen of pull-ups, dips, and push-ups, we are off to a pretty good start,” he said at the time.