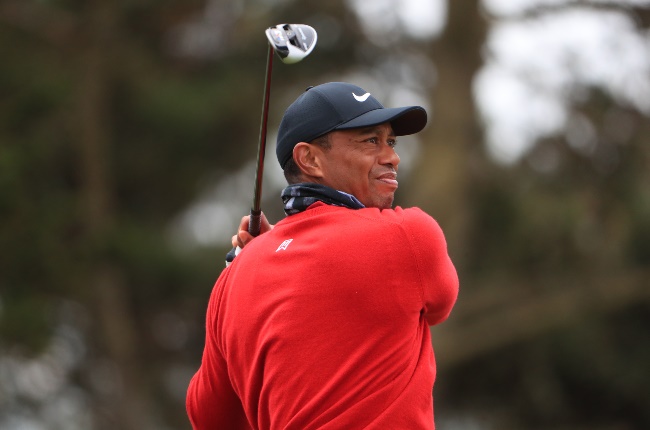 Even though he’s only 11, Charlie Woods is already following in his famous father’s footsteps.

The pre-teen sparked major excitement when he recently won the US Kids Golf event in Palm City, Florida, winning with a convincing five-stroke lead after shooting three-under 33.

Charlie Woods mowed down some kids last weekend in a local US Kids Golf event in Florida. Shot 3-under 33 for 9 holes to win by 5! pic.twitter.com/d6hjL2aJWL

And there, offering him encouragement every step of the way was his proud father. Despite being a 15-time major’s champ, Tiger (44) was happy to serve as caddy for his son, lugging around his golf clubs for the nine-hole tournament which saw Charlie finishing with no bogeys and three birdies

Last weekend, @TigerWoods was playing in the @PGAChampionship. This weekend, he caddied for son Charlie in a @uskidsgolf event. pic.twitter.com/nxhyttuXI2

Although Tiger’s been struggling with his game, recently finishing 37th at the PGA championship, his son seems to be on top form.

“I wish I had his move,” Tiger, who has had several surgeries, including four back operations, recently told Golf Digest.

“I analyse his swing all the time. I wish I could rotate like that and turn my head like that and do some of those positions, but those days are long gone, and I have to relive them through him.”

But Tiger revealed that when they play he still manages to come out tops.

Masters Champions Dinner quarantine style. Nothing better than being with family.

But he added that he won’t be putting pressure on Charlie to become a champion golfer.

“It’s all on him. I wanted it at a very, very early age. I wanted to compete and play in this game. That’s on him and whether he wants it or not.”

The pro golfer shares Charlie and a daughter Sam (13), with his ex-wife Elin Nordegren.

The couple divorced in 2010 after Tiger was embroiled in a sex scandal which saw dozens of women coming forward and alleging they’d had affairs with the golfer.

We live in a world where facts and fiction get blurred
In times of uncertainty you need journalism you can trust. For 14 free days, you can have access to a world of in-depth analyses, investigative journalism, top opinions and a range of features. Journalism strengthens democracy. Invest in the future today. Thereafter you will be billed R75 per month. You can cancel anytime and if you cancel within 14 days you won't be billed.
Subscribe to News24
Related Links
WATCH: Tiger Woods' son shows off his incredible golfing skills
CAUGHT ON CAMERA: Video shows Tiger Woods failing alcohol test and getting arrested
Tiger Woods arrested
Next on You
All hail the queen! Will Angela Bassett make history by winning an Oscar for her powerhouse Black Panther performance?