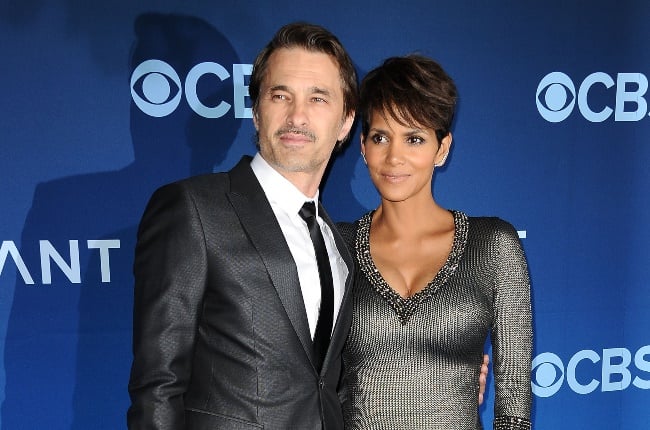 If you thought the long-running divorce case between Halle Berry and her baby daddy Olivier Martinez was over, think again.

The Oscar-winning actress, in an apparent cost-saving move, is going to be representing herself in court and will go toe-to-toe with top Hollywood heavyweight lawyer Laura Wasser, who is representing her ex.

Halle and Olivier split up and filed for divorce in 2015. The divorce was seemingly finalised a year later, but in 2018 the exes were back in court as they had not formally finalised custody arrangements concerning their son, Maceo (6).

They had agreed to share childcare duties but the agreement was not filed with the court, which is why they’ll be back in court soon. The proceedings are expected to be pretty straightforward, insiders say – which is the last thing Halle and Olivier’s five year relationship was.

Here's a look back at their rocky road.

Canadian model Gabriel Aubry – with whom Halle shares daughter Nahla (12) – confirmed in 2010 that they had split. Later that year Halle and Olivier meet on the set of Dark Tide, which was shot in Cape Town, and hit it off.

Increased tensions between the couple and Aubry hits the news after a court denies Halle’s request to permanently move their daughter to France to live with her then-fiancé, Olivier. Days later, Gabriel and Olivier are treated at a hospital for injuries after a brawl between the two outside Halle’s Los Angeles home. Aubry, who eyewitnesses claim threw the first punch, was subsequently charged for misdemeanour battery and released on $20, 000 bail.

Soon after Halle and Aubry settle their custody issues in court, Halle was pregnant with Maceo, Olivier’s first child, in 2013. In July that year the couple tied the knot at Chateau des Conde in Vallery, France. Three months later their son, Maceo, was born at Cedars-Sinai Hospital in Los Angeles.

Eight months after their wedding and five months after the birth of their son, insiders claim that the couple were “leading increasingly separate lives because they can't stop fighting”. The rumours grow when Halle has to be reminded that her second wedding anniversary is coming up just three days prior. "Thank you for reminding me," she tells E! Online while promoting her short-lived TV show, Extant.

In January 2015 Martinez was suspected of battery at Los Angeles International Airport after an airport employee filed a report alleging that Martinez shoved him. At the time LAX Airport Police alleged that photographers came too close to Martinez and his family as they were trying to leave the airport. In October of the same year the LAX employee sued the couple for $5 million for medical and related expenses, past and future lost earnings, and punitive damages.

Despite ongoing rumours of a split, the couple were spotted smiling together when they took Maceo to a Halloween party in October  2015. Not long after, they filed for divorce.

We live in a world where facts and fiction get blurred
In times of uncertainty you need journalism you can trust. For 14 free days, you can have access to a world of in-depth analyses, investigative journalism, top opinions and a range of features. Journalism strengthens democracy. Invest in the future today. Thereafter you will be billed R75 per month. You can cancel anytime and if you cancel within 14 days you won't be billed.
Subscribe to News24
Related Links
Elton John’s ex-wife reveals she attempted suicide three days into their honeymoon
Brad Pitt fires back at Angelina Jolie in new divorce row
Author Dan Brown's ex-wife lifts the lid on his sordid affairs
Next on You
Adam Levine admits to sexting other women while his wife Behati Prinsloo is pregnant with their third baby