Have I peaked too soon? Suicide Squad star Margot Robbie on the perils of early success The actress who first hit TV screens in the Australian series Neighbours admits that her high-flying Hollywood career sometimes keeps her up at night. (PHOTO: GALLO IMAGES / GETTY IMAGES)

Making a name for yourself and being in demand in Hollywood often takes decades of hard work and many actors don’t go the distance.

Margot Robbie is not one of them. In a fairly short period of time, the Australian actress has become one of Tinseltown’s most successful stars – and it sort of freaks her out.

Has she peaked too soon? Is it all downhill from here?

"Honestly, this keeps me up at night, this very question," Margot told Fox News while discussing her latest box-office release, The Suicide Squad.

"Maybe I'm at the top and it can't get any better." Margot with the cast and director of Suicide Squad, at the film's premiere earlier this month. (PHOTO: GALLO IMAGES / GETTY IMAGES)

Margot began performing in independent films and has now had a string of impressive roles to her names, including in movies like The Wolf of Wall Street; I, Tonya; Mary Queen of Scots and Bombshell. She has twice been nominated for an Oscar – for best actress for I, Tonya in 2018 and for best supporting actress for Bombshell in 2020.

“Robbie has a depth, grit and edge that few of her peers can match and has a great eye for interesting material,” media analyst Paul Dergarabedian told USA Today.

Margot reprises her role as Harley Quinn in the Suicide Squad sequel – the movie’s first outing in 2016 raked in a hefty $133,7 million at the box office.

"Well, in this film, we're kind of seeing a more independent Harley, you know," Robbie explains. "She's cut ties with Mr J [The Joker], it seems. She doesn't seem to be thinking about him.

"I guess the popularity of the character has grown as she has grown emotionally as well. It's kind of cool."

Aside from success in Hollywood, the stars also aligned for Margot when she met her British filmmaker hubby, Tom Ackerley, on the set of the 2014 film Suite Française.

"I was the ultimate single gal. The idea of relationships made me want to vomit," she told Vogue in 2016. "And then this crept up on me. 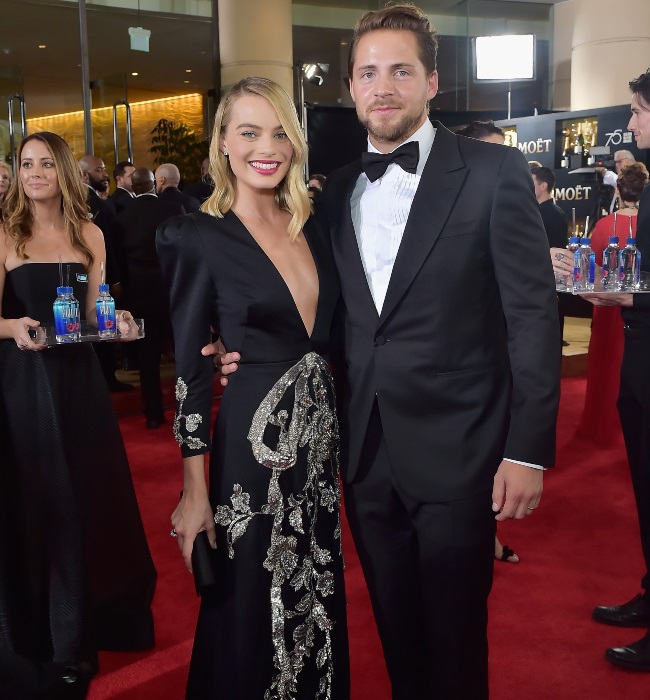 With her hubby Tom Ackerley on the red carpet at the 2018 Golden Globe Awards. (PHOTO: GALLO IMAGES / GETTY IMAGES)

“We were friends for so long. I was always in love with him, but I thought, 'Oh, he would never love me back. Don't make it weird, Margot. Don't be stupid and tell him you like him'. And then it happened, and I was like, 'Of course we're together. This makes so much sense, the way nothing has ever made sense before’."

The couple tied the knot in Byron Bay Australia in December 2016 and are also business partners who run production company LuckyChap Entertainment.

“I’m a great advocate of doing business with your partner,” she told Porter. “Being married is actually the most fun ever – life got way more fun somehow. I have a responsibility being someone’s wife. I want to be better.”

Margot recently named another obsession with a UK export – the reality show Love Island. It’s a guilty pleasure she shares with James Gunn, writer and director of The Suicide Squad. 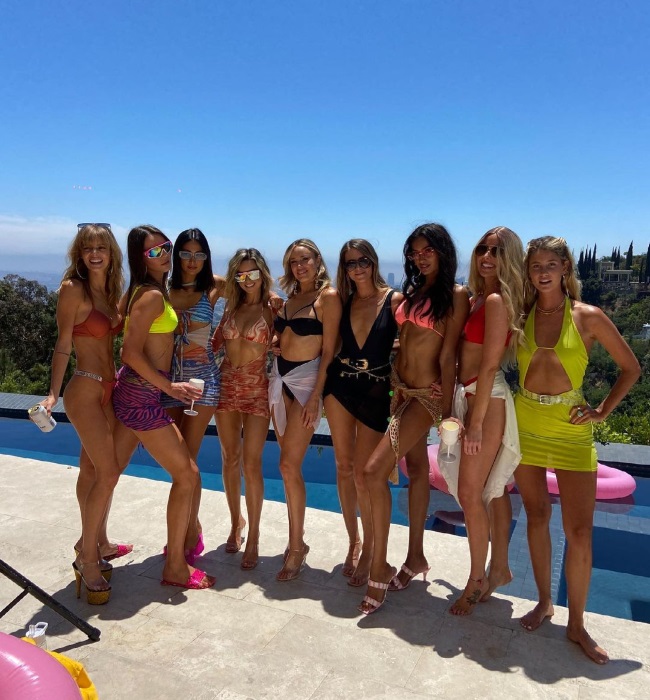 The Australian actress celebrated her 31st birthday with a Love Island themed party with a bunch of close friends in July. (PHOTO: INSTAGRAM / @SAMWEAVING)

Margot even went as far as having a Love Island themed 31st birthday party in July.

As for Margot’s fears about peaking too soon – it looks like it will be a while before she’s down and out. She’s set to star in acclaimed director Wes Anderson’s upcoming film and will also feature alongside Brad Pitt in Babylon.

"I hope [peaking too soon] is not the case because I still feel like I have a lot to give and there's still a lot of directors I want to work with,” she says. “And, you know, I'm just going to keep climbing as long as I can."

We live in a world where facts and fiction get blurred
In times of uncertainty you need journalism you can trust. For 14 free days, you can have access to a world of in-depth analyses, investigative journalism, top opinions and a range of features. Journalism strengthens democracy. Invest in the future today. Thereafter you will be billed R75 per month. You can cancel anytime and if you cancel within 14 days you won't be billed.
Subscribe to News24
Related Links
THE BIG READ | My life with Amy Winehouse: best friend Tyler James opens up in new memoir
All loved up! After a string of bad romances has Renée Zellweger finally found the one?
Brad Pitt lookalike on the pitfalls of being good-looking
Next on You
Khloe Kardashian breaks her silence about her second child with Tristan amid his paternity scandal