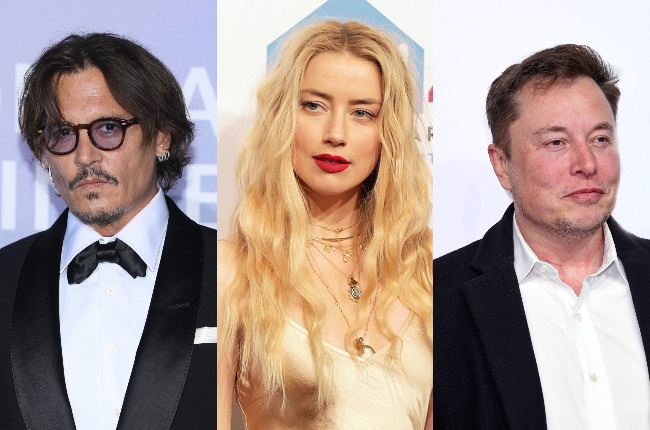 Johnny Depp has spent five years duking it out in court with ex-wife Amber Heard, but he’s not planning to call it quits on the legal drama anytime soon.

The Pirates of the Caribbean star (56) recently lost a bruising defamation case against The Sun when a British court agreed the publication's depiction of him as a “wife beater” was “substantially true” based on accounts of their numerous altercations.

Not content with taking it on the chin, Johnny is now suing the American Civil Liberties Union (ACLU) to find out if Amber (35) fulfilled her promise to donate her $7 million (R98m) divorce settlement to the charity.

She declared she didn't want Johnny’s money after their explosive 2016 breakup and vowed instead to split the sum between two good causes.

Johnny’s lawyers believe that her altruistic gesture was a sham and they have spent more than a year chasing the Children's Hospital Los Angeles and the ACLU to find out how much money Amber donated to them.

In January, sources revealed documents turned over by hospital bosses to Johnny’s lawyers suggested the hospital received only $100 000 (now R1,4m) – a lot less than the promised $3,5 million (now R49m) “gift” they’d been promised.

The ACLU has refused to cooperate, and Johnny’s team has ramped up the pressure by filing a motion in the New York Supreme Court to end “their outrageous stonewalling”.

His lawyers are demanding evidence to prove Amber was lying when she boasted about the donation, not only in interviews but in evidence she gave to a London court in February last year.

“I remained financially independent from him [Johnny] the whole time we were together, and the entire amount of my divorce settlement was donated to charity,” she told British authorities in a statement.

However, while prodding the ACLU for evidence of Amber’s actual donation, Johnny’s team came across “email correspondence between her and Anthony Romero (the executive director of the ACLU) from June 2017. It showed the ACLU had received a $350 000 (now R4,9m) donation from Amber, a $100 000 (now R1,4m) donation from Johnny towards Amber’s pledge – and an “anonymous” $500 000 (now R7m) donation which, according to the emails, is from ‘Elon’”.

“Elon” is believed to refer to 49-year-old Tesla Elon Musk, with whom Amber is alleged to have had a romantic relationship during and after her marriage to Johnny.

The ACLU said it “would not be producing the documents and testimony without an agreement on confidentiality”.

When no such agreement could be reached, Johnny’s lawyers sued the organisation.

The warring former couple tied the knot in 2015, and a year later the actress sought a domestic violence restraining order against Johnny, accusing him of abuse.

The actor denied the claims, and their divorce was settled out of court in August 2016. Johnny later dragged his ex-wife back into court after filing a $50 million (now R700m) defamation suit in which he accused her of creating a “hoax” account of being a domestic violence survivor for a 2018 article in The Washington Post.

The article didn't mention Johnny by name, but he claims it wrecked his reputation and saw him axed from the role of Captain Jack Sparrow in the Disney franchise Pirates of the Caribbean.

Johnny launched legal proceedings against Amber in March 2019 and after several delays, the case was set for trial in May this year. However, the judge has set a new date for April 11, 2022.

Meanwhile, the star’s loyal fan base has been campaigning to get Warner Bros to rehire the star as Gellert Grindelwald after he was removed from the Fantastic Beasts franchise.

The studio doesn’t look like it’s going to budge on that decision, though, with Hannibal actor Mads Mikkelsen cast in his place.

What’s more, insiders say it’s possible the studio could end up casting someone in the wizarding world that would make Johnny loyalists pretty mad: Amber herself.

She’s reportedly angling to get herself a part somewhere in the Harry Potter universe and is looking to strengthen her relationship with Warner Bros.

However, it’s unclear if she wants to appear in the Fantastic Beasts films or in some other project, like the Harry Potter HBO Max series that’s currently in the works. Mads Mikkelsen is taking over the role of Gellert Grindelwald in the next Fantastic Beasts movie. (PHOTO: Getty Images / Gallo Images)

READ MORE: What's next for Johnny Depp: The rise and fall of a man who once commanded Hollywood