Britney Spears' father recently touched on their estranged relationship, as she requests to remove him as conservator of her estate. CREDIT: GETTY IMAGES / GALLO IMAGES

Another week, another turn in the controversial conservatorship battle over Britney Spears’ $60-million estate.

Earlier this week the pop star's father, Jamie Spears, spoke out in response to her lawyer’s claim last month that she was afraid of him. He defended his actions as protecting his daughter from "those with self-serving interests".

The 68-year-old was court-appointed in 2008 to serve as co-conservator of his daughter’s vast estate after she suffered a public breakdown a year earlier.

The much-maligned conservatorship has been overseen by Jamie for 12 years, giving him control over much of her personal life, career and estate. In January 2019, the singer announced an indefinite work hiatus from her Las Vegas concert residency and entered a 30-day voluntary residential treatment facility.

Talking to CNN, Jamie revealed that he has not spoken to his 39-year-old daughter since August when her legal team filed to remove him as conservator. Before then, he said the two had been "on good terms".

"I love my daughter and I miss her very much," Jamie says. "When a family member needs special care and protection, families need to step up, as I have done for the last 12-plus years, to safeguard, protect and continue to love Britney unconditionally.

"I have and will continue to provide unwavering love and fierce protection against those with self-serving interests and those who seek to harm her or my family," he added.

Jamie's attorney, Vivian Lee Thoreen, also weighed in describing the pair’s relationship, saying it was "not that different than your average father-daughter relationship".

"There has always been a mutual love and respect for each other," Thoreen told CNN. "Until Britney's court-appointed attorney, Sam Ingham, abruptly instructed Jamie not to contact Britney a few months ago, Jamie and Britney had spoken often and regularly throughout the entire conservatorship."

"In fact, they had spoken just the day before and had had a pleasant and collaborative conversation," she added.

“My client has informed me that she is afraid of her father,” Ingham told the judge during a hearing last month. “She will not perform again if her father is in charge of her career.”

Britney’s bid to have Jamie removed stems from the altercation he had with his then-14-year-old grandson, Sean Preston Federline, last year, insiders say. In March, the tension between Brit’s boys and their grandfather became apparent when then-13-year-old Jayden Federline, whose dad is rapper Kevin Federline, went on an Instagram Live rant and said Jamie “could go die”.

Although the courts declined to remove Jamie from his central role in the conservatorship during that hearing, his conservatorship has been the subject of widespread online protests this year.

The #FreeBritney movement was launched by fans who believe the singer is trapped, and one petition has more than 100 000 signatures lobbying for Brit’s freedom. 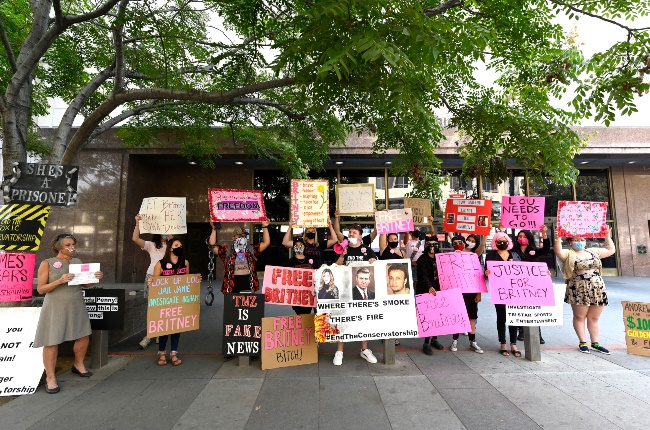 Jamie and his lawyer's new statements come about a month after a source close to the Toxic singer alleged that Britney has "had issues" with Jamie "for a long time" and that the two hadn't spoken in a year.

"She feels like he has no respect for her wishes. It's a sad situation," the source insists. "Jamie has always had a tendency to shut down Britney's requests without any discussion."

We live in a world where facts and fiction get blurred
In times of uncertainty you need journalism you can trust. For only R75 per month, you have access to a world of in-depth analyses, investigative journalism, top opinions and a range of features. Journalism strengthens democracy. Invest in the future today.
Subscribe to News24
Next on You
Bill and Melinda Gates: inside the split that shocked the world