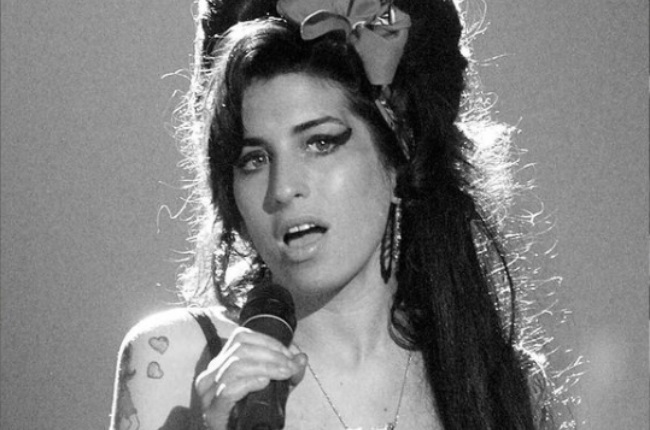 A decade after Amy Winehouse's death, two documentaries are being released to honour her life. (PHOTO: Instagram/ @amywinehouse)

It was an ordinary, laidback day.

Janis Winehouse-Collins was visiting her daughter, singer Amy Winehouse, at her north London home and the two were looking at old photos and reminiscing.

Amy had been drinking, but she wasn’t drunk.

“The whole time we were looking through the photos we were wrapped around each other,” Janis recalls.

“Amy had her arms around me and she kept kissing me on the cheek and saying, ‘I love you, Mummy’. It’s actually my favourite and most treasured memory of Amy because there was a closeness between us.”

Janis couldn’t have imagined that, 24 hours later, Amy’s lifeless body would be found in her bedroom by her bodyguard. The official cause of the 27-year-old singer-songwriter’s death was alcohol poisoning.

“I’m always grateful we had that day and that the last thing she said to me was, ‘I love you, Mommy’.”

It’s been a decade since Amy’s death on 23 July and two documentaries are being released to commemorate her life. Reclaiming Amy, which airs on BBC, will show never-before-seen personal footage of the singer and Janis will tell her story.

“I don’t feel the world knew the true Amy, the one I brought up,” Janis says.

“I’m looking forward to the opportunity to offer an understanding of her roots and a deeper insight into the real Amy.”

The other documentary, Amy Winehouse & Me: Dionne's Story, is being released by Amy’s goddaughter, Dionne Bromfield (25).

Not only was Amy her godmother, but she also mentored Dionne, an up-and-coming singer.

Dionne (25) says it’s difficult reliving Amy’s death. “You don’t know if you really want to go back there. Talking about it has just felt almost impossible for the past nine-and-a-half years. I felt like I didn’t want people to see me being weak.”

In the documentary, Dionne also returns to the Roundhouse in Camden, north London, where Dionne saw her alive for the last time. Camden was where Amy lived and often performed and a life-size statue of the star is located at the Stables Market in Camden Town.

“Everything felt really, really good,” Dionne recalls. “I said to her that night, ‘I’m so thankful for everything you’ve done for me’. I’d never, ever said it to her before. I thought she just knew. But that night, specifically, I felt the need to say it. And I’m so happy I did.”

Producer Mark Ronson has also opened up about how collaborating with Amy affected his career.

A post shared by Amy: A Life Through The Lens (@amyalifethroughthelens)

Mark worked with Amy on her hit album Back to Black in 2006 and says his work with her will likely remain “unrivalled” to anything else he does.

“Crazily, Amy and I only spent 10 days in the studio – 14, tops,” he says. “But that is the music I made that reached and maybe affected the most people.”

Mark, whose song Uptown Funk with Bruno Mars is his most successful single to date, says not even that body of work measures up to what he did with Amy.

“I imagine more people will hear Uptown Funk, but there was something about Amy – and partly, obviously, because she died tragically way too early. She touched people and there's a special place people hold for her. So that will probably be unrivalled by anything else I work on.”

His own career started with Back to Black. “Maybe without coming across this gigantic talent who inspired and pushed me, I might not be here talking to you now.”

We live in a world where facts and fiction get blurred
In times of uncertainty you need journalism you can trust. For only R75 per month, you have access to a world of in-depth analyses, investigative journalism, top opinions and a range of features. Journalism strengthens democracy. Invest in the future today.
Subscribe to News24
Related Links
Amy Winehouse’s unheard demos destroyed
Sam Smith's music is inspired by Amy Winehouse
Mitch Winehouse still speaks to daughter Amy
Next on You
We were acting! Jessica Chastain addresses sizzling red-carpet chemistry with Oscar Isaac