A month after rumours started circulating their relationship was over, Jennifer Lopez and Alex Rodriguez have officially announced their split. (CREDIT: Gallo Images / Getty Images)

This time, their split is for keeps – but it may not be as amicable as Jennifer Lopez and Alex Rodriguez would like the world to think it is.

The pair officially announced they’d broken off their engagement about a month after rumours started circulating that their relationship was over.

“We have realised we are better as friends and look forward to remaining so,” the exes said in a statement to the Today show.

“We will continue to work together and support each other on our shared businesses and projects. We wish the best for each other and one another’s children. Out of respect for them, the only other comment we have to say is thank you to everyone who has sent kind words and support.”

But while the couple insist their split was amicable and drama-free, there definitely seem to be some hard feelings.

Soon after news broke the 51-year-old actress liked an Instagram post about people who pretend to care – and fans think it has something to do with her ex.

“Don’t make her think you care when you have never given a f*ck about her,” reads the quote shared by author Reuben Holmes, aka r.h. Sin. “Don’t let them manipulate you. How many times have you been told ‘I love you’ by someone who has continued to treat you like sh*t,” he captioned the post.

The couple – dubbed J-Rod – started dating in March 2017 and announced their engagement two years later when they released pictures of their romantic proposal in the Bahamas to Instagram.

They were set to tie the knot later that same year but postponed their wedding twice because of the coronavirus pandemic. Despite the setback their relationship seemed stronger than ever throughout the global lockdown with the pair regularly sharing loved-up snaps and workout clips from inside their luxe Miami mansion.

But their otherwise picture-perfect love story took a turn earlier this year when rumours surfaced that the 45-year-old had cheated on her with Southern Charm's Madison LeCroy. The 30-year-old reality TV star denied any cheating and insisted A-Rod was an “acquaintance” she only spoke with on the phone. 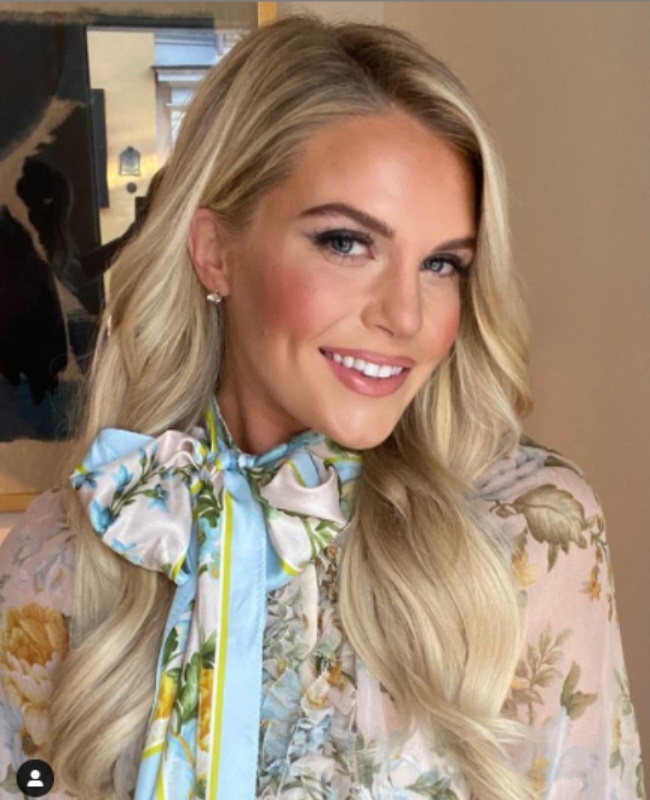 A-Rod’s rumoured fling Madison Lecroy has been relatively quiet about the dissolution of A-Rod and J-Lo’s relationship but, following the break-up announcement, simply said: “I wish them the best.” (CREDIT: Instagram / @madison.lecroy)

Jen and Alex appeared to make an earnest attempt to repair their relationship and immediately released a statement denying breakup reports and saying they were “working out their issues”.

The former Yankees athlete even flew to the Dominican Republic, where Jennifer was shooting her upcoming movie, to try to reconcile. While holed up in the tropics the pair were seen packing on the PDA on their hotel balcony.

"He flew out to be with her and to prove to her how serious he is,” a source said at the time. “They don't know what's going to happen. Untangling their lives, business dealings and families would be devastating to everyone involved."

But it was all a little too late for Jen who insiders say, “had not been happy for a while now.”

She’d spoken openly about the fact that they had attended couples’ therapy in the past year.

“We did therapy. I think it was really helpful for us in our relationship. We got to work on ourselves,” she told Allure in February.

Alex ultimately, amid ongoing cheating rumours and his past reputation, couldn't make Jennifer trust him again.

“The initial story caught her out, and she likes to handle her own affairs,” a source close to the Hustlers star says.

“Once her trust is broken, there's no turning around. She feels good about her decision because she knows A-Rod will still be in her life, just in a different capacity.” Despite having made up her mind Jen reportedly waited until after Easter to announce the split so as not to interfere with planned family time, the insider added.

“They wanted to still get together for Easter as a family so their kids could enjoy the holiday,” the insider said.

“A-Rod’s girls and J Lo’s kids are really close, so the reason why they stayed together for as long as they did was to make their kids happy.”

The split may seem final, but it seems Alex is still holding out hope for the future of their relationship. Which also might explain his post-breakup Instagram video in which he tagged his ex, showing off a corner of his home filled with framed photographs of them together and their names written in a heart in the sand.

A-Rod set the nostalgic video to Coldplay’s “Fix You,” a song Chris Martin wrote for his then-wife, Gwyneth Paltrow.

“He is respecting her wishes right now but has high hopes they will get back together. He's doing anything in his power to make J Lo happy,” another source says.

At the moment, the exes are "very cordial," the source says adding that the Hustlers actress has no plans to see her ex-fiancé at this time.

However, they own a home together and are jointly invested in some business ventures, which will keep them connected.

“They still have their mansion, they still have deals they were working on together,” the source adds. “Everything is in the process of being sorted out.”

According to "sources with direct knowledge" of the situation J Lo also still has the engagement ring in her possession, and there has been no discussion between the exes as to which one of them is going to keep it.

Just how does A-Rod’s rock match up?

Alex Rodriguez announced his engagement to the pop icon with a picture of a stunning emerald cut diamond, estimated to be between 10 and 15 carats, on her left hand with a simple caption "she said yes. Jennifer Lopez and Alex Rodriguez announced their engagement in March 2019 by sharing this snap to Instagram. (CREDIT: Instagram / @arod)

"While the $1,8 million (now about R25m) sparkler is indeed stunning, it is not the first staggeringly beautiful diamond Jenny from the Block has received. The Dinero singer has been engaged five times (she married only three of her fiancés), and has amassed quite the collection of striking rings, here they are:

Jennifer received a $100 000 (then about R460 000) diamond ring from Cuban waiter Ojani Noa before their trip down the aisle in 1997. They divorced just one year later. She wed her Love Don’t Cost a Thing backup dancer, Cris Judd, in 2001 after she received an emerald cut ring worth six-figures. Their union lasted just over a year. The 6,10-carat radiant-cut pink Harry Winston diamond she got from Ben Affleck in 2002 set off a trend towards coloured diamonds, and dramatically increased the value of pink diamonds. However, their wedding in September 2003 was called off with four days to go due to “excessive media attention”, and Bennifer split four months later. Shortly after breaking up with Ben, she started a relationship with singer Marc Anthony, who would propose with an 8,5-carat blue diamond ring, also from famous jeweller Harry Winston. The couple married in 2003, announced their separation in 2011 and finalised their divorce in 2015. We live in a world where facts and fiction get blurred
In times of uncertainty you need journalism you can trust. For only R75 per month, you have access to a world of in-depth analyses, investigative journalism, top opinions and a range of features. Journalism strengthens democracy. Invest in the future today.
Subscribe to News24
Next on You
‘I choose to keep my heart free of bitterness’: wife of fired Hillsong pastor Carl Lentz breaks her silence