It’s been an emotional and challenging year for Britney Spears but a happy ending might be in sight.

Earlier this week the pop star took to Instagram to announce her engagement to boyfriend of five years Sam Asghari.

The 39-year-old shared a video of herself flashing a custom-made four-carat Forever Diamonds NY engagement ring while her 27-year-old fiancé peeked in from the side.

In a statement Sam’s manager, Brandon Cohen, confirmed the pair were engaged.

“The couple made their long-standing relationship official today and are deeply touched by the support, dedication and love expressed to them.”

The news comes days after the pop star’s father, Jamie (69), filed to end the court conservatorship that had given him control of his eldest daughter’s personal and professional life for 13 years.

“Recent events related to this conservatorship have called into question whether circumstances have changed to such an extent that grounds for establishment of a conservatorship may no longer exist,” Jamie’s court filing states.

During an impassioned plea to end the conservatorship, Britney told a court in June that she wanted to marry Sam, an Iranian-born fitness instructor, and have a baby. The Grammy winner added that she hadn’t been allowed to remove an intrauterine device for birth control.

Following Jamie’s bombshell decision to step down, legal experts say Brit could be free to tie the knot without her father’s permission in a matter of weeks.

But rather than express their excitement for the singer, her overprotective fanbase has rushed to urge the Pretty Girls hitmaker to ensure her new fiancé signs a prenup.

“Britney has been through way too much,” one fan said. “She needs to protect herself in every way.”

Sam later took to his Instagram Story to mock those imploring his fiancée to protect her fortune.

“Thank you, everyone is concerned about the prenup. Of course, we’re getting an iron-clad prenup to protect my Jeep and shoe collection in case she dumps me one day.” The four-carat diamond ring is engraved inside the band with the word “lioness” - Sam's nickname for Britney, according to ring maker Forever Diamonds NY. (PHOTO: Instagram / @samasghari)

Well-placed sources claim Britney is determined to be smart this time. Her legal team are already mobilising to get a prenup drafted to protect her estimated $60-million (R840m) fortune.

This trip down the aisle will mark the songstress’ third marriage. Her first was a quickie Las Vegas wedding to childhood friend Jason Alexander in 2004 that only lasted 55 hours.

Jason (39) later told ABC News that Britney’s mom, Lynne (66), and her managers “went crazy because there was no prenup”.

But when she wed back-up dancer Kevin Federline (now 43) just months later, she safeguarded her empire with a watertight 60-page prenuptial agreement.

The couple welcomed sons Sean (16) and Jayden (15) but it wasn’t long before their marriage crumbled. In November 2006, the singer filed for divorce, which sparked a nasty custody battle.

“I think I married for the wrong reasons,” Britney reflected in her 2008 documentary, Britney: For the Record. “Instead of following my heart and doing something that made me really happy, I just did it for the idea of everything.”

Britney Spears and Sam Asghari: A timeline of their relationship

The two met when Sam was cast as the male lead in Britney’s 2016 Slumber Party music video and things got pretty awkward when they had to film super steamy scenes.

“We were sitting there and waiting and waiting together for like 20 minutes at a time [between scenes],” Brit told US radio host Nathan Fast in January 2017. “We were having to be literally stuck there together, so we were basically forced to talk to each other.

“We started talking about sushi and things we like. We were having a conversation to get through the experience, you know?”

Explaining that it “wasn’t even a serious thing,” she said they exchanged phone numbers to set up a sushi date.

But despite their instant connection, nothing happened for the next few months.

“I kept his number and it was so weird – it was like five months later and I found his number in my bag,” she recalls. “I was like, ‘He’s really cute.’ So I called him, and ever since then . . . He’s just a really fun, funny person.”

At first they were low key about their blossoming romance. But given Britney’s superstardom the secret was soon out.

Dating rumours began to circulate after Sam shared an Instagram selfie while they were out on a date in November 2016. A few months later they went Insta official when Britney posted a pic of them ringing in 2017 together.

“Britney’s dad doesn’t like this guy at all,” a source said in December 2016. “He’s worried that Sam might be after her money.”

Earlier this year Sam made it known that the feeling was mutual when he took to Instagram to call his future father-in-law out and accused him of being controlling.

“It’s important for people to understand that I have zero respect for someone trying to control our relationship and constantly throwing obstacles our way,” Sam wrote.

“In my opinion, Jamie is a total dick.” 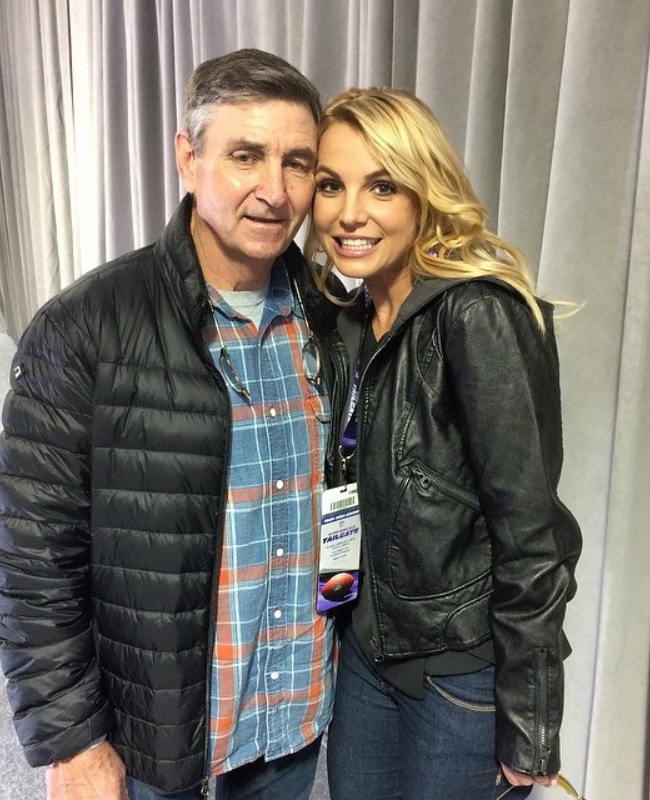 Britney's father, Jamie, recently filed to end the court conservatorship that has controlled the singer’s life and money for 13 years. (PHOTO: Instagram / @britneyspears)

Keen to start a family

With freedom from her dad’s conservatorship finally on the horizon, the pair are looking forward to their future together.

“Britney has talked with Sam about having babies together and she’s hoping to have a baby girl,” an insider says. “She was young when she had Sean and Jayden, and she feels much more mature now.”

The same source says Britney’s excitement to start a family with Sam has a lot to do with how he treats her boys.

“Sam is really good with the boys and that makes Brit really happy. She cares a lot that the boys are comfortable with the person she’s dating,” the source says. “He genuinely loves and adores her.”

We live in a world where facts and fiction get blurred
In times of uncertainty you need journalism you can trust. For only R75 per month, you have access to a world of in-depth analyses, investigative journalism, top opinions and a range of features. Journalism strengthens democracy. Invest in the future today.
Subscribe to News24
Next on You
What a dude! Jeff Bridges walks his daughter down the aisle after fighting cancer and Covid