Is it Love Actually for Anna Wintour and Bill Nighy? 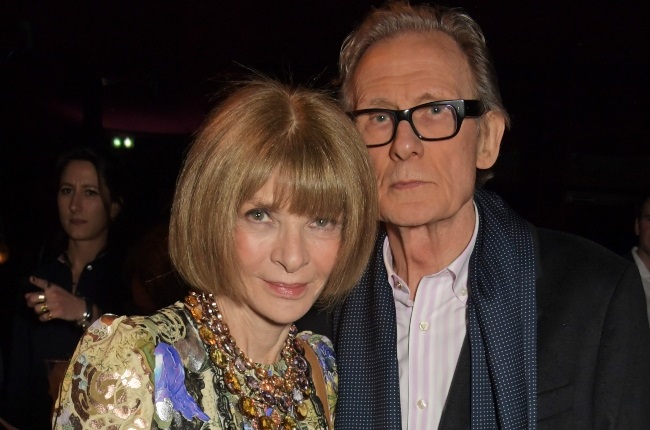 Anna Wintour and Bill Nighy sent the romance rumour mill into overdrive once again after being spotted out for dinner twice in one week. (PHOTO: Gallo Images / Getty Images)

Anna Wintour and Bill Nighy set tongues wagging when they were recently spotted enjoying two romantic dates while on holiday in Rome.

On each occasion the Vogue America editor and the British actor (both 71) were super affectionate, wrapping their arms around each other as they dined at Pierluigi, an upmarket restaurant in the Italian capital.

And for one of their dates the Love Actually star showed that he’s lost none of his romantic swagger, arriving with red roses that he handed to Anna before they sat down to eat.

Anna and Bill have kept people guessing since 2015, after being spotted together at numerous fashion shows, theatres and restaurants in London and New York City.

Bill has always declined to comment on the nature of their relationship.

In 2015, when asked about it, he replied: “Obviously I have nothing to say about that. There are a lot of rumours about me and probably about Anna Wintour.”

It's worth noting that Anna was still believed to be with her former husband, Texan telecoms tycoon Shelby Bryan (75), at the time.

Although they only officially split last year, insiders claim the former power couple had been estranged for a few years.

Anna and Shelby met and fell for each other in 1997, and at the time their romance garnered massive attention as it brought together the world of fashion, business and politics.

Prior to this she was married to South African child psychologist David Shaffer, with whom she has a son Charles (36) and daughter Bee (34).

Meanwhile, Bill’s last known relationship was with English actress Diana Quick (74). They split in 2008 after 28 years together, and have a daughter, Mary Nighy (37).

We live in a world where facts and fiction get blurred
In times of uncertainty you need journalism you can trust. For only R75 per month, you have access to a world of in-depth analyses, investigative journalism, top opinions and a range of features. Journalism strengthens democracy. Invest in the future today.
Subscribe to News24
Next on You
Spotted! Bradley Cooper and Irina Shayk spark speculation that they're together again