Is Oprah having her Ellen moment? Talk show queen is taken to task and Rose McGowan calls her fake 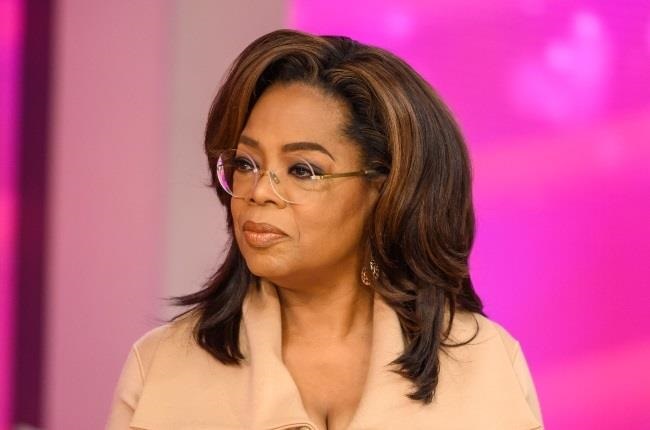 Oprah has done many high-profile interviews. But one has caused controversy with people calling her invasive. (PHOTO: Gallo Images / Getty Images)

Not even Oprah Winfrey is safe from a years-later look back at questionable behaviour.

A resurfaced 2003 interview featuring Oprah and country legend Dolly Parton (now 75) has sparked plenty of chatter and controversy on social media, garnering more than 2,5 million views on TikTok before making its way to Twitter.

The interview aired shortly after Dolly released her tribute album, Just Because I'm A Woman.

In the brief clip of the show, Oprah (now 67) can be heard asking Dolly how she manages to "defy age" with the singer joking she’s "a cartoon". Oprah pushes on: "No, but you've been open about how you've had some work done."

A seemingly unflappable Dolly replies candidly: "I’ve had some tucks and pulls and sucks, and I'll have some more when I need 'em."

The two women also discuss the Jolene singer’s experience with mental health issues, with Oprah remarking she heard Dolly went into a "huge depression" when she turned 40.

Dolly, however, says her past struggles weren’t related to her age, but rather "because I was fat and 40. I really had a lot of problems during that time, a lot of female problems. Just hormones and it just wasn't just a depression thing. Just changing around. But I'm okay now."

Although Dolly remains upbeat in the clip, many felt Oprah’s probing questions were invasive.

"Yea, Oprah didn't have to try and drag her on TV," one person tweeted. "I like how Dolly handled it so well."

"This is so catty and Dolly completely ran that show," another wrote. "Oprah's audience turned on her and she even brought up her mental health to try and take her down a peg and it still didn’t work."

"[Oprah] has become a ratings hog dedicated to sensationalism. I'm beyond over her," yet another declared. "On the other hand, Dolly Parton is pure gold." However, it wasn’t just tweeps who viewed the resurfaced interview in a negative light. Actress and outspoken #MeToo activist Rose McGowan used the opportunity to call Oprah out.

The 47-year-old actress slammed the TV mogul while posting a photo of the mogul kissing the cheek of convicted rapist Harvey Weinstein.

“I am glad more are seeing the ugly truth of @Oprah. I wish she were real, but she isn’t,” she wrote. “From being pals with Weinstein to abandoning & destroying Russell Simmons’ victims, she is about supporting a sick power structure for personal gain, she is as fake as they come,” she said, adding the hashtag lizard.

In her tweet Rose appears to be referring to the 2020 documentary On the Record, which covered sexual misconduct allegations against Def Jam Recordings founder, Russell Simmons.

Oprah had stepped down as executive producer, saying, “There is more work to be done on the film to illuminate the full scope of what the victims endured. It has become clear that the filmmakers and I are not aligned in that creative vision.”

Rose seems to be implying that Oprah didn't support the accusers, although the talk queen told The Hollywood Reporter at the time that she “unequivocally believes and supports the women. Their stories deserve to be told and heard”.

Rose continued to make her feelings known by liking several comments, including one reading: “@Oprah is a swamp creature of the highest magnitude. Barf.”

Another comment she liked read: “Disgusting. All about power and money. Probably afraid to come out and lose her millions.” This isn’t the first time the Charmed star has publicly criticised the OWN network founder.

In 2018, she revealed she was offered the chance to have an interview with Oprah to tell her story but was immediately cautious due to the talk queen’s past friendship with her alleged rapist, Harvey Weinstein.

Oprah has said on several occasions that she had no knowledge of Weinstein's sexual abuse.

She did call him a bully in a 2018 podcast and described their relationship as “friendly”.

“I was in Chicago, in my own little world, but what I knew about Harvey was that Harvey was a bully and that if Harvey’s on the phone, you didn’t want to take the call because you’re going to get bullied in some way,” she said on the Goop podcast.

We live in a world where facts and fiction get blurred
In times of uncertainty you need journalism you can trust. For only R75 per month, you have access to a world of in-depth analyses, investigative journalism, top opinions and a range of features. Journalism strengthens democracy. Invest in the future today.
Subscribe to News24
Next on You
Engaged! A look inside Kourtney Kardashian and Travis Barker's heartwarming romance