Speculation is heating up about Scott Disick's relationship with Hana Cross after they were spotted together at an LA club. (PHOTOS: Gallo Images/ Getty Images)

Kourtney Kardashian's ex, Scott Disick, and model Hana Cross, who formerly dated Brooklyn Beckham, were recently seen out on the town again, which many reckon is proof that they're together.

The two were recently snapped getting out of a black party bus as they arrived at a Los Angeles night club together.

The dating rumours started back in November last year when the two were seen together for dinner at Nobu in Malibu, California. While there was no confirmation of a budding romance at the time, they looked happy as they left the upmarket restaurant. Back then a source told E! News that Scott was just enjoying himself and “getting back out on the dating scene”.

“He’s having fun with Hana but that’s all it is for now,” the insider said. Before Hana, he was dumped by 20-year-old model Amelia Hamlin, daughter of Harry Hamlin and Lisa Rinna, after less than a year of dating. At the time, The Real Housewives of Beverly Hills star – who'd made no secret of her displeasure over the relationship because of the age difference – responded to a tweet about the breakup with a smiley face emoji.

Scott also dated model Sofia Richie (now 23) for almost three years, as well as model Elizabeth Grace Lindley (also now 23), and he's had an on-off relationship with model Bella Banos, with whom he spent the recent December holidays in St Barts in the Caribbean. 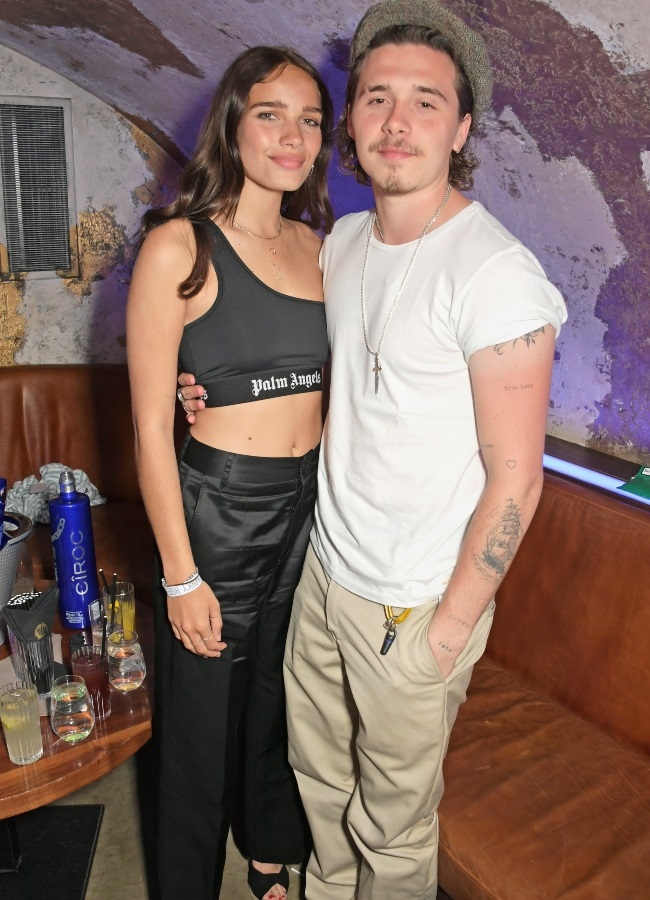 Hana previously dated Brooklyn, the eldest son of football star David Beckham and pop star turned fashion mogul Victoria Beckham, for about a year before he dumped her in 2019 after a series of public rows. According to some of her friends, Hana was “devastated” about the breakup.

The English model, influencer and songwriter sang about heartbreak in one of her songs too. “You broke my heart and said let’s be friends, but I never heard from you again and that’s kind of mean.

Although some reckon Scott is only dating younger women to prove something to Kourtney, who's engaged to musician Travis Barker (46), he insists that it's not his fault if younger girls are attracted to him.

“Everybody gets this wrong, that I look for young girls. I don’t go out looking for young girls,”  he said during the Keeping Up With the Kardashians reunion special last year. “They happen to be attracted to me because I look young.”

We live in a world where facts and fiction get blurred
In times of uncertainty you need journalism you can trust. For 14 free days, you can have access to a world of in-depth analyses, investigative journalism, top opinions and a range of features. Journalism strengthens democracy. Invest in the future today. Thereafter you will be billed R75 per month. You can cancel anytime and if you cancel within 14 days you won't be billed.
Subscribe to News24
Related Links
Days star Lisa Rinna opens up about Scott Disick’s romance with her teenage daughter, Amelia Hamlin
Engaged! A look inside Kourtney Kardashian and Travis Barker's heartwarming romance
Former Days’ star Lisa Rinna’s teenage daughter is dating Scott Disick – here’s how she really...
Next on You
Mama June defends Honey Boo Boo’s relationship with older college student: 'She’s not the child y’all fell in love with'