‘It’s the most bizarre theft of freedom’: celebs speak out in support of Britney Spears Britney Spears has laid bare the nightmare of her conservatorship, calling the agreement “abusive” in explosive testimony to a Los Angeles judge.

The 39-year-old is seeking an end to the 13-year agreement that keeps her father, Jamie Spears, in charge of her financial, professional and personal life.

“I feel bullied, and I feel left out and alone,” Britney said. “And I’m tired of feeling alone. I deserve to have the same rights as anybody does.”

The mom-of-two says because of the conservatorship she has not been able to live her life the way she wanted to. She can’t even go for a ride with her boyfriend without seeking permission and isn’t allowed to get married or have another baby if she so chooses. Her dad, Jamie Spears, has been in charge of her financial, professional and personal affairs for more than 10 years. (Photo: Gallo Images/ Getty Images)

“I’ve worked my whole life. I deserve to have a two- to three-year break and just, you know, do what I want to do,” she told the judge.

Many celebs have come out in support of the singer, applauding her for standing up in an attempt to take back her life. The 45-year-old Modern Family actor tweeted and retweeted #FreeBritney several times and is firmly in her camp. 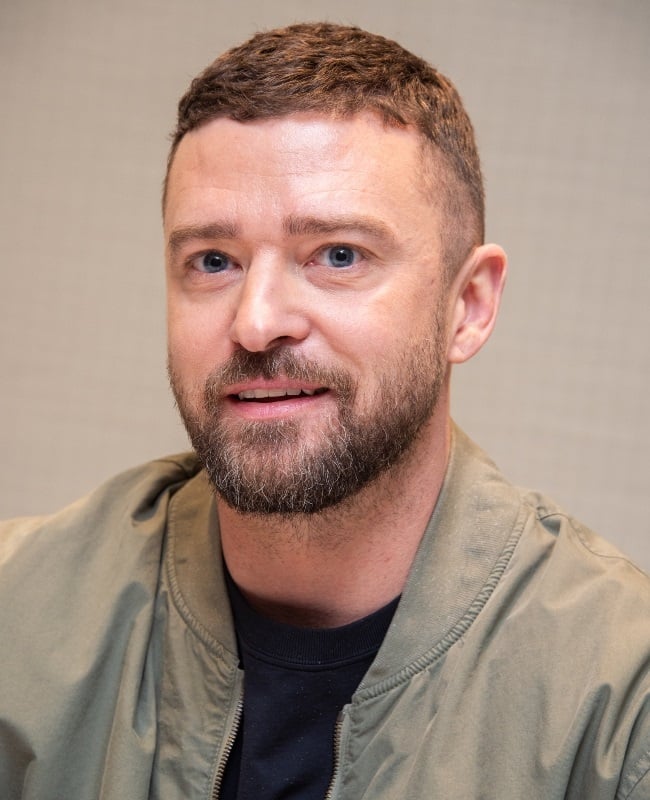 Britney's ex Justin Timberlake says despite their past no one should be treated the way Britney has. (Photo: Gallo Images/ Getty Images)

The 40-year-old singer who dated Britney from the late '90s to the early 2000s, posted a lengthy Twitter thread calling for everyone to support her.

Justin said says regardless of their past, what’s happening is “just not right”.

His support for the #FreeBritney movement comes after he apologised to her and Janet Jackson earlier this year after the release of The New York Times and FX-produced documentary, Framing Britney Spears, for the way he’d treated them.

“No one should EVER be held against their will or ever have to ask permission to access everything they’ve worked so hard for,” part of his thread read.

He also tweeted he and wife Jessica Biel “send our love, and our absolute support to Britney during this time. We hope the courts, and her family make this right and let her live however she wants to live”. The This is Us star posted a message on her Instagram story applauding Britney for standing up.

“The abuse she has suffered at the hands of an institution meant to protect her is staggering, heartbreaking and shameful. I applaud her bravery and transparency #FreeBritney,” she posted on her story. The English actress, known for being an advocate for women’s rights, says what is happening to Britney is ludicrous.

“It’s the most bizarre theft of freedom that has happened right in front of our eyes for over a decade now, and I hope she finds assistance with organising her life that she is comfortable with it now,” Jameela (35) tweeted. Mariah Carey encouraged Britney to stay strong as she tweeted her support on the day of her hearing. (Photo: Gallo Images/ Getty Images)

The 52-year-old “Queen of Christmas” tweeted in support of Britney saying “We love you Britney!!! Stay strong.” “Bless Britney and I hope with my whole heart she is awarded freedom from this abusive system. She deserves it more than anything. I admire her courage speaking up for herself today,” the 26-year-old singer-songwriter tweeted. Keke Palmer says the saddest part is that she stayed quiet after they made her fear that she would damage her image if she spoke out. (Photo: Gallo Images/ Getty Images)

The 27-year-old actress, known for her roles in Akeelah and the Bee, Joyful Noise and Hustlers, took to both Instagram and Twitter to express her support.

“My girl was finally able to speak up against her conservatorship after they tried to make her fear damaging her ‘image’ just to keep her quiet! How cruel to do that to someone that’s only known performing their whole life. Then to contort the very thing she loved by making her do it on YOUR time. For the love of money is the root of all evil! But the light will always win, I’m so happy that Britney was able to tell the truth today and I’m ready to raise hell! FREEEEEE BRITNEYYYYY”. “No one should be treated like this. Stay strong Queen!! You deserve better,” the 36-year-old reality star tweeted.

We live in a world where facts and fiction get blurred
In times of uncertainty you need journalism you can trust. For only R75 per month, you have access to a world of in-depth analyses, investigative journalism, top opinions and a range of features. Journalism strengthens democracy. Invest in the future today.
Subscribe to News24
Related Links
Britney Spears will address court for the first time next month – here’s what she wants
How Justin Timberlake contributed to the downfall of Britney Spears
‘I love my daughter and miss her very much’ – Britney Spears' dad reveals he hasn’t spoken to the...
Next on You
‘I’ve been hurt’: Nicole Kidman makes a rare comment about her 11-year marriage to Tom Cruise