‘I've never felt so lonely in my life’: Jessie J opens up about her heartbreaking miscarriage 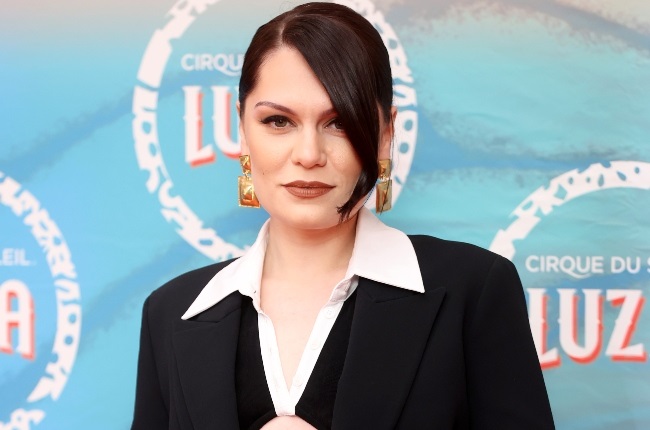 Being pregnant was "the biggest excitement" of her life, but it all fell apart a short while later when she suffered a miscarriage. Now singer Jessie J has spoken out about the daily struggles she faced after losing her baby last year.

On the latest episode of The Diary of a CEO podcast, the British star opened up about how her miscarriage in November left her feeling lonely and traumatised.

Speaking to host Steven Barlett, the 34-year-old revealed that she woke up feeling strange one morning and instantly knew something was wrong.

“I still had very intense nausea, [but] I just knew something wasn’t the same,” Jessie said.

She rushed to the doctor, who then immediately did an ultrasound to check on the baby.

“That dreadful silence when you first have a scan and I was like, just tell me the truth what’s going on,” she says.

The doctor told her, “Your baby’s heartbeat is very low and there’s this ring."

When Jessie J asked what that might mean, she was told, "It often means your baby will have some type of disability or deformity".

She then decided to get a second opinion. It was then that the singer, who previously dated Hollywood hunk Channing Tatum, received the devastating news.

“He [the doctor] did another scan and he said, ‘I’m really sorry... there’s no heartbeat.’

“That was within three, four hours of the first one,” she recalls.

A day after hearing the news, Jessie J had to perform at The Hotel Café in Los Angeles. She was worried that she wouldn't have the strength to go on stage.

“I remember just going [home] and not processing it. And then the next day I went straight into glam, I did the soundcheck... I did the show.

“The hardest part for me wasn’t doing the show. The show was actually kind of a weird trippy dream, and I was actually grateful that I wasn’t by myself, and loads of people that I loved turned up,” she said.

She also decided to reveal the devastating news to her fans on social media.

“Yesterday morning I was laughing with a friend saying, ‘Seriously, though, how am I going to get through my gig in LA tomorrow night without telling the whole audience I'm pregnant’,” she captioned her post on Instagram.

“By yesterday afternoon I was dreading the thought of getting through the gig without breaking down… After being told there was no longer a heartbeat.” Once the show ended and she was left alone to deal with the tragedy, Jessie J broke down.

“It was when I got in the car after the show by myself and I got home. I opened my front door, I closed the door and I fell to my knees.

“That was the worst moment of my whole experience. Other than my career, being a mother and having a child has been the biggest excitement of my life.

“I felt like I’d been given everything I’d ever wanted and then someone had gone, ‘but you can’t have it’.

"I’ve never felt so lonely in my life,” she said.

Jessie J, who hasn’t revealed who the baby’s father was, is now slowly picking up the pieces but she says she doesn’t want children anytime soon.

“It was the saddest thing, but at the same time, I knew that the reason it happened was because I wasn’t supposed to do it alone. I know that I’m supposed to find someone who wants this as much as I do,” she says.

Now a few months after the miscarriage, things are looking up. She recently confirmed her relationship with Danish-Israeli basketball player Chanan Safir Colman, saying he's the first person she’s been properly in love with.

“I can actually see my life with that person, and I've never had that before,” she said. Jessie and Chanan were first spotted hugging and kissing last month while picking up lunch at Besties Vegan Paradise in Silverlake, Los Angeles

“They clearly like each other and have been getting to know each other for quite a few months. She performed at a wedding in the Caribbean at the weekend and flew Chanan out with her for a bit of a break,” an insider told The Sun at the time.

“It's not been an easy time for her after her miscarriage, but she's looking on the brighter side of everything.”

We live in a world where facts and fiction get blurred
In times of uncertainty you need journalism you can trust. For 14 free days, you can have access to a world of in-depth analyses, investigative journalism, top opinions and a range of features. Journalism strengthens democracy. Invest in the future today. Thereafter you will be billed R75 per month. You can cancel anytime and if you cancel within 14 days you won't be billed.
Subscribe to News24
Related Links
Chrissy Teigen celebrates 100 days of sobriety and admits they travel with baby Jack's ashes
Baby joy for Lee-Ann Liebenberg after miscarriage heartache
Chrissy Teigen reveals Meghan Markle reached out to her after her miscarriage
Next on You
Ryan Giggs in court as his ex-girlfriend claims he headbutted her and cheated with eight other women