Jane Seymour turns 70: “I’m a glass-half-full person – and I’ve never had a facelift” 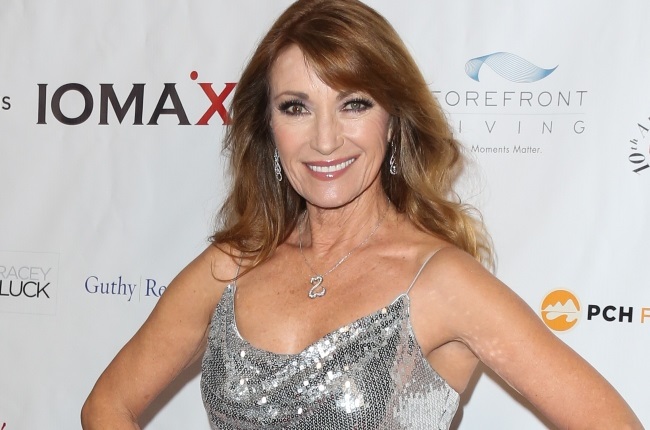 She’s a Hollywood icon who continues to remain an inspiration to many by seemingly defying age and gravity.

And in a new interview, the ever-youthful Jane Seymour, who turned 70 on 15 February, says she isn’t worrying about growing old in the slightest.

“I feel the same,” the British-American actress told NewBeauty magazine, whose cover she graces, adding that it probably helps that she’s a naturally positive person.

“I’m a glass-half-full person. My thinking is, ‘Just be as young as you possibly can be’.” Jane, who once played a Bond girl, is known for her timeless beauty. (Photo: Gallo Images/Getty Images)

Last year she famously revealed that she “weighs the same as I did at 17” while attending ballet school in the UK.

“I try to keep fit and I try to eat healthily and but I'm never on a diet or anything,” she said. “Everything in moderation – it works for me.”

Her key to keeping the years at bay is a strict skincare routine. While she admits she was an ardent sun worshipper in her youth and used “a reflector board and cooking oil” to soak up the rays, she’s now meticulous about caring for her skin.

“I think having good skin is really the secret to not ageing your face,” the four-time married star told NewBeauty.

“Using retinol at night, protecting yourself from the sun, using great skincare that plumps your skin [she uses Crepe Erase products] and pretty much anything that makes me feel healthy is the best anti-ageing secret I know.”

While many of her peers have resorted to plastic surgery, she’s held back. “As of now, I have chosen not to have a facelift – but I have nothing against any of it, nothing. Almost everyone I know is doing it.

“If I felt that somebody could do something that wouldn't change my face, and I would have the results where I would look just like me, I would do it," she adds. "I'm not saying I'd never do it, but I haven't done it yet.”

She’s certainly not planning to slow down on the work front despite entering her golden years. In fact, she’s busier than ever, she says.

“I'm working on so many movies right now it's unbelievable.”

She recently shot a film in Australia called Ruby's Choice where she plays a grandmother with dementia who must share her bedroom with a teenage girl.

Next up is a comedy called Sold about a group of real-estate agents. She’s also got a bunch of untitled projects in the works.

We live in a world where facts and fiction get blurred
In times of uncertainty you need journalism you can trust. For 14 free days, you can have access to a world of in-depth analyses, investigative journalism, top opinions and a range of features. Journalism strengthens democracy. Invest in the future today. Thereafter you will be billed R75 per month. You can cancel anytime and if you cancel within 14 days you won't be billed.
Subscribe to News24
Related Links
Jane Seymour is furious film bosses won’t let her play the 25-year-old version of her character
Jane Seymour: 'My mother's death-defying life in the jungle inspired new perfume'
All about TV's most lovable BFFs Grace and Frankie
Next on You
This is why it's important that the new Little Mermaid is played by a black actress