Janet Jackson says growing up in the spotlight contributed to her weight problem. (PHOTO: Getty Images)

The songbird says her brother tormented her about her weight, calling her “a pig”.

“There were times when Mike used to tease me and call me names. Pig, horse, slaughter hog, cow,” Janet Jackson says in her soon-to-be-released documentary, Janet.

“He'd laugh about it and I'd laugh too, but then there was some­where down inside that it would hurt.

“When you have somebody say you're too heavy, it affects you,” explains Janet (55), who's the youngest of the Jackson clan.

She's long been open about her weight issues, which began at age 11 when she got her big break playing Penny in the sitcom Good Times.

“I did Good Times and that’s the beginning of having weight issues and the way I looked at myself.

“I was developing at a very young age and I started getting a chest and they would bind it so I'd look more flat-chested,” Janet says.

While the show kick-started her career, the increased scrutiny made things worse for Janet who believes fame is responsible for many of her troubles.

Without it, she says, “I probably would've wound up not having a problem.”

“I’m an emotional eater, so when I get stressed or something is really bothering me, it comforts me,” adds the All For You singer. The star struggled with her weight from a young age and her elder brother Michael teased her about it. (PHOTO: Getty Images)

But Michael wasn't the only one who gave her a hard time about her weight.

In her 2011 self-help book, Janet opened up about how tabloids made fat jokes about her in 2006 after she put on weight for a movie role.

As she’s grown, she’s had to work harder to keep the kilos off.

“Your body gets used to different exercises, and I've been performing for so long that my body's just used to it. Actually, I have to work a little harder while doing a show,” she told Reuters a while back.

After the birth of her son, Eissa Al Mana, in 2017, she underwent another dramatic transformation, losing 31kg.

At the time she told InStyle magazine that she had been working hard to get over her insecurities about her body.

“A lot of it has to do with experience, getting older. Understanding, realising that there isn’t just one thing that's considered beautiful. Beautiful comes in all shapes, sizes and colours.”

Her weight isn't the only thing Janet is opening up about in her new documentary.

She also reveals how her relationship with Michael changed over the years as they grew apart. Janet says when he started distancing himself from his family, she tried to be there for him even though it really hurt her career because of all the controversy swirling around him.

“It was frustrating for me. I wanted to be there for him, to support him as much as I possibly could.”

Janet says Michael's decision in 1993 to pay an out-of-court settlement to 13-year-old Jordan Chandler, who'd claimed he touched him inappropriately at his Neverland estate, had really bad consequences for her.

“Michael wound up giving money to the family. He just wanted it to go away, but that looks like you’re guilty,” she says.

At the time of the settlement, Janet was about to sign a deal with Coca-Cola, in what would've been the biggest brand deal of her career, but it was derailed by the allegations.

“When that came out, Coca-Cola said, ‘No, thank you’. Guilty by association. That's what they call it, right,” says the singer.

While that deal fell through, Janet says in other instances the Jackson name has both helped and hindered her. 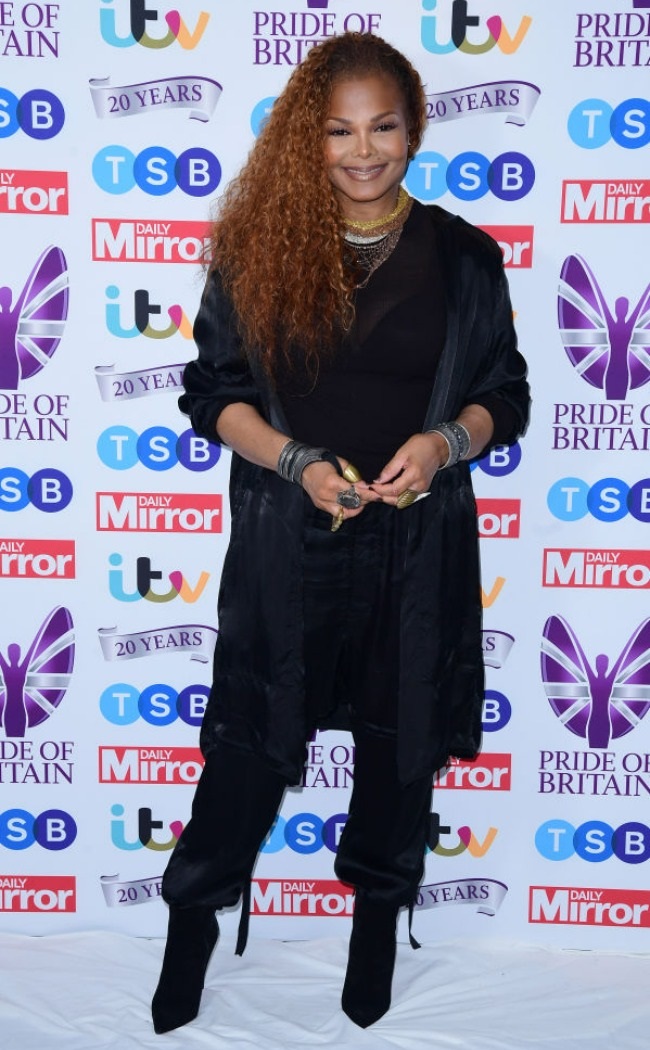 Over the years, Janet has learnt to love her body. (PHOTO: Getty Images)

“I'm thankful because it has opened a great deal of doors for me, having that name,” she says.

“And at the same time there's a great deal of scrutiny that comes with having that last name, a certain expectation.

“I wanted my own identity, I didn't want people to pick up this body of music because of my last name,” says Janet, who has notched up 10 US number one hits and estimated global record sales of 100 million.

She also discussed her father, Joe Jackson, who died in 2018, in the documentary. Janet says, “growing up, I didn't experience my father the way I wanted to. You never knew what mood he was in – whether he was in a playful mood. But the way he played wasn't even funny.

“My father used to wake us up sometimes by putting matches between our toes and lighting them. He could be very mean at times.”

Her documentary, which was filmed over five years, will premiere at the end of January to coincide with the 40th anniversary of her debut album, Janet Jackson. It also features archive footage from her childhood as well as home videos of her recent years as a mother.

We live in a world where facts and fiction get blurred
In times of uncertainty you need journalism you can trust. For 14 free days, you can have access to a world of in-depth analyses, investigative journalism, top opinions and a range of features. Journalism strengthens democracy. Invest in the future today. Thereafter you will be billed R75 per month. You can cancel anytime and if you cancel within 14 days you won't be billed.
Subscribe to News24
Next on You
Clothing chameleons: how the Kardashian sisters’ style is influenced by the men they’re dating