You have to hand it to Kanye West – the man does not lack self-confidence. Earlier this year he got everyone talking when he announced he was throwing his hat into the ring as a candidate for the upcoming US election on 3 November.

Now Ye says it’s his “calling” to be the “leader of the free world”.

The 43-year-old rapper made the revelation when he appeared on an episode of The Joe Rogan Experience podcast on Saturday. They discussed everything from Kanye’s choice to run for office to his battle with record labels and his views on abortion.

The pair sat down for nearly three hours during which the record producer opened up about his bipolar diagnosis, his fashion line and how he plans to fulfill his “calling”.

“It was something that God put in my heart back in 2015. A few days before the MTV Awards it hit me in the shower. When I first thought of it, I just started laughing to myself and all this joy came over my body, through my soul. I felt that energy. I felt that spirit.” 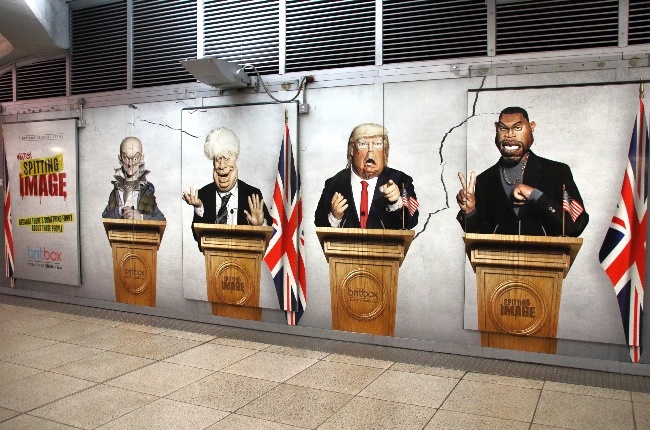 The Grammy winner admitted some of his friends and colleagues didn’t agree with his decision to run, but he remained focused because he thought he would “definitely be a billionaire by that time”.

“Not that that’s a reason why someone should become president, but it’s to say, you know, at that time I was around $50 million in debt, and I knew I had the confidence that I would be able to turn that around,” he said.

He also explained why he registered late as a presidential candidate, claiming his battle with coronavirus earlier this year meant he was unable to put together his political campaign in the way he wanted.

“I had the virus and I was sitting in quarantine in my house and my cousin texts me about being prepared to run for president. “And I just completely put it off to the side because I was shivering and having the shakes and taking hot showers and eating soup. “Covid-19 threw everyone off.

It threw everybody’s plans off. And then it was just this calling on my heart. Kanye also discussed his views on abortion and his battles with record labels during the three-hour interview. (Photo: YouTube)

”Ye said that he wouldn’t have a problem running for governor instead of for the top job but he doesn’t believe that is his life’s purpose.

“If it’s in God’s plan that part of my path is to be the governor then that’s fine, but my calling is to be the leader of the free world,” he says. Earlier this month, the Bound 2 hitmaker released his official campaign advertisement, in which he promised to "build a stronger country” by “building stronger families”.

This was despite the fact his grandiose announcements have placed a severe strain on his marriage to Kim Kardashian West, with the couple holding crisis talks in Wyoming in July.

His behaviour led Kim to publicly address her husband’s struggles with bipolar disorder for the first time, noting the “stigma and misconceptions” surrounding mental health issues.

Despite the drama, the couple still seems to be holding their marriage together.

We live in a world where facts and fiction get blurred
In times of uncertainty you need journalism you can trust. For only R75 per month, you have access to a world of in-depth analyses, investigative journalism, top opinions and a range of features. Journalism strengthens democracy. Invest in the future today.
Subscribe to News24
Related Links
Kim Kardashian is reportedly ‘frustrated’ with husband Kanye West following his outburst
Kanye West breaks down at first campaign rally: ‘I almost killed my daughter’
Kanye West sends rattlesnake eggs invitations for his Yeezy show – and fans are freaking out!
Next on You
Jennifer Lopez: The more they said I couldn't the more I had to