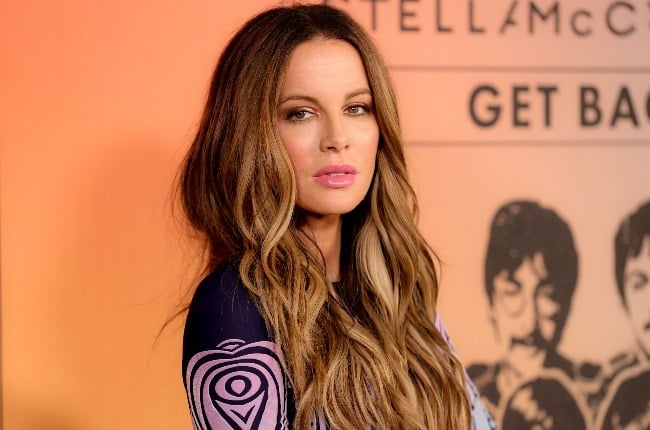 Kate Beckinsale says she hits the gym six days a week – but she does it as much for her mental health as her physical wellbeing. (PHOTO: Gallo Images/ Getty Images)

She's one of those actresses who never seems to age. At 48, Kate Beckinsale is still turning heads with her radiance, beauty and super-fit bod.

In an Easter Instagram selfie, the English actress showed off her toned legs in a pair of black fishnet tights. Her look was completed with a black booty shorts, a white T-shirt and glittery bunny ears.

“Happy Easter,” she captioned the story which disappeared after 24 hours.

Kate, who's known for hitting the gym hard with her personal trainer Brad Siskind, says she doesn't spend too much time thinking about ageing.

“I think other people seem to be very obsessed with ageing in a way that I am not. I'm asked about that a lot. The minute I turned 31, press-wise, they’d say, ‘Heading towards 40.’ And you just go, ‘Pardon?’ nobody said that to me when I was 10 and I was almost 20,” she told Page Six last year.

However, she's the first to admit she's blessed with good genes, which she says she inherited from her mom, Judy Loe.

“I think obviously some of it is a genetic thing, although you can mess that up,” she says. “I’m really lucky.”

But instead of dwelling on it all, Kate says she's focusing on keeping fit and living a healthy and balanced life.

This includes making sure she does a gym session' every morning for six days a week. 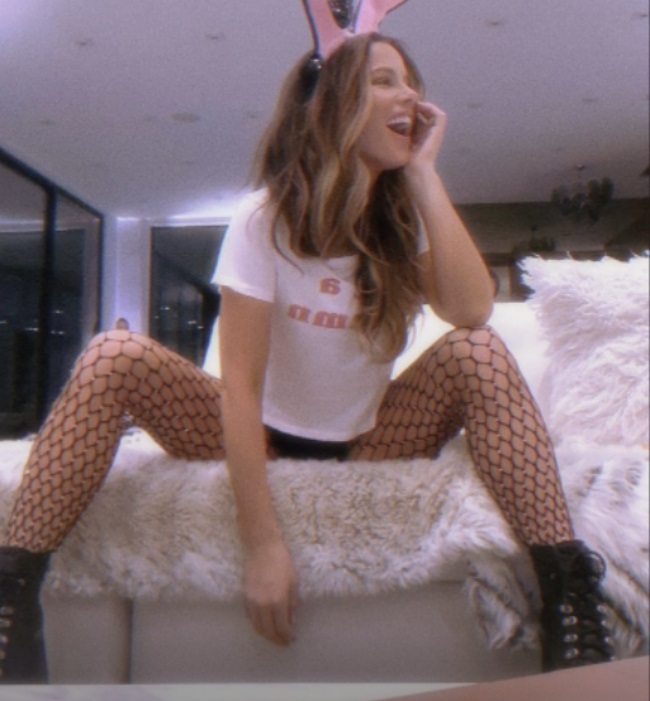 In a recent interview with Women's Health, Kate went into detail about her routine, saying she usually starts with a full-body workout of eight compound exercises like bicep curls combined with squats and sit-ups done together with combination punches.

She says each of the exercises works two muscle groups at the same time which means she gets more out of her routines.

That is followed by cardo interval training for 90 to 120 seconds on a rower and then she starts at the top with the same eight exercises, adding heavier weights, bands, and faster reps.

The actress says it takes her 45 minutes to get through two circuits and when she's finished she does another cardio interval training round.

“The whole hour is work,” her trainer says.

But Kate, who only really started working out when she was in her twenties, says her diet is just as important as exercise.

The mom of one actively cuts carbs and avoids processed sugar whenever she can, making a point to fuel up with chicken or eggs for protein before hitting the gym. This is followed by salads and sometimes salmon later in the day. “Now exercise is almost more important to me mood-wise. The other aspects feel like a great side effect,” she says.

Other than that she seems to be enjoying life as a singleton.

Kate has hooked up with a string of actors over the past few years, including comedian Pete Davidson who's 20 years her junior. She was also rumoured to be dating actor Jason Momoa earlier this month.

This was after the two were spotted together and the Aquaman star, who recently split from wife Lisa Bonet, was seen giving his jacket to Kate at an event.

However Jason insists they are "absolutely not" a couple and that he was just being a “gentleman”.

Meanwhile Kate dealt with the speculation by joking on social media that said she is “off the market” after finding the perfect someone.

She followed this up with an Instagram selfie of her kissing a life-size photo of herself.

“We are very happy," she wrote.