Kit Harington on having suicidal thoughts during his addiction battle: ‘You feel like a shameful person’ The former Game of Thrones star opened up about his struggles with alcohol abuse in a recent interview. (PHOTO: Gallo Images / Getty Images)

Games of Thrones star Kit Harington has opened up about his alcohol addiction and is sharing what he's learnt in the hope of helping others.

The British actor told the London Sunday Times that when GoT came to an end in 2019 he “went through some pretty horrible stuff”.

“Things were of a pretty traumatic nature and they did include alcohol,” he said.

The 34-year-old, who played Jon Snow in the hit series and is married to co-star Rose Leslie, went on to say that at times he felt like a "bad" and "shameful person".

"And you feel that there's no way out, that's just who you are. And getting sober is the process of going, 'No, I can change’."

To kickstart his journey to sobriety, Kit checked into the Privé Swiss retreat in Connecticut in the US in 2019, where he says he was treated for “mainly alcohol”.

News of his rehab stay broke around the time the final episode of Game of Thrones aired and at the time a representative said he was “at a wellness retreat to work on some personal issues”.

“Until that point I kept [my addictions] very, very quiet and I was incredibly secretive and incredibly locked up. So, they came as quite a surprise to the people around me. Which is quite often the case, I guess.”

While in rehab, Kit, who’d married Rose just months before, admitted to struggling with thoughts of suicide.

“I went through periods of real depression where I wanted to do all sorts of things.

"But I definitely don't want to be seen as a martyr or special. I've been through something, it's my stuff. If it helps someone, that's good."

The actor has now been sober for nearly three years. 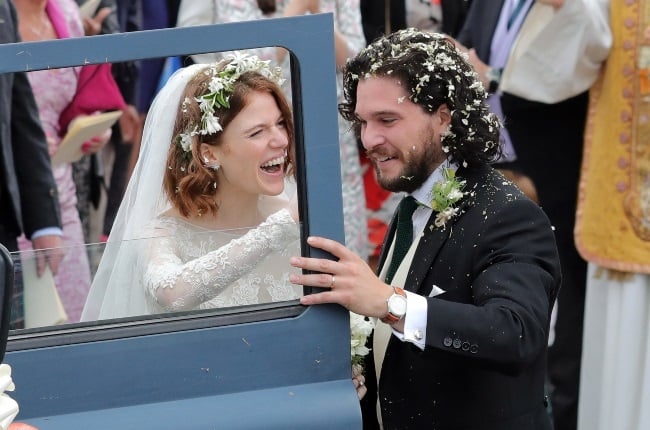 The Modern Love star also shared some information that helped transform his way of thinking and make major life changes.

“One of my favourite things I learnt recently is that the expression, 'a leopard doesn't change its spots' is completely false: a leopard actually does change its spots. I just think that's the most beautiful thing. It really helped. That was something I kind of clung to; the idea that I could make this huge fundamental change in who I was and how I went about my life."

When Game of Thrones wrapped, Kit took a year-long break from acting, then appeared in an episode of the Netflix crime drama Criminal and Amazon’s romantic anthology series, Modern Love. His next big role is as Dane Whitman – aka The Black Knight – in Marvel’s highly-anticipated The Eternals, which is set to be released in November.

But he’s quick to admit the most demanding role he’s ever taken on is that of fatherhood.

Kit and Rose welcomed a baby boy six months ago.

“They tell you and they don’t tell you [about fatherhood]. Everyone goes, ‘Look, it’s big, what you're about to go through is big.’ You have no way of knowing that until it happens. Then, what surprises you is you go, ‘Oh, this goes on forever.’ Like, you don’t get a break from it."

Rose (34) confirmed she was pregnant in October 2020 and their son was born in February.

“Every day I wake up and I look after this little human and now we’re part of a unit together. I think the thing that surprises me most about fatherhood is you are now a unit, the three of you, and that’s a whole new dynamic you need to find,” Kit told Access Hollywood.“It’s a beautiful thing, it really is.” 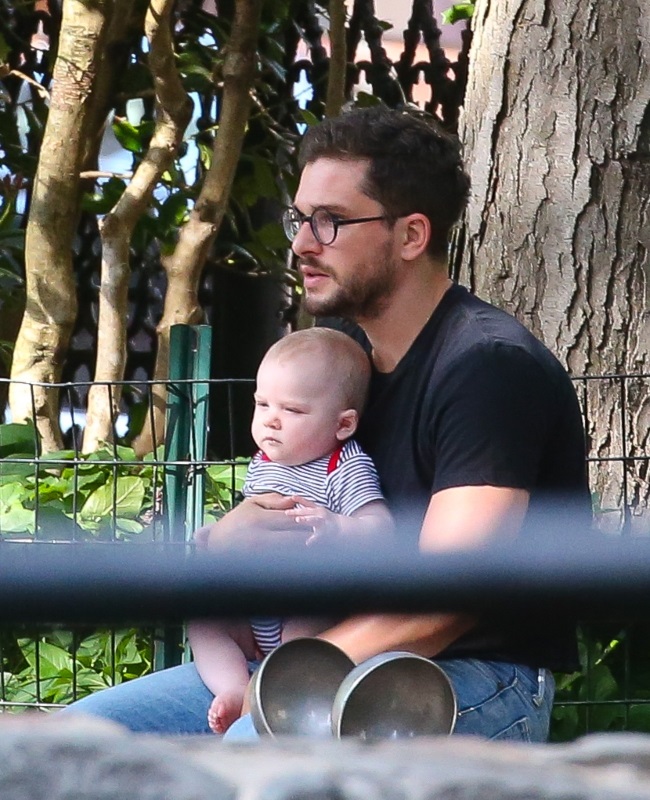 Kit looked every inch the doting father as he stepped out with his baby son, whose name is unknown, in New York in June. (PHOTO: TheImageDirect.com / Magazine Features)