For four decades Matthew McConaughey believed he’d won the Little Mr Texas contest as a boy – so he was stunned to discover the victory was an elaborate lie his mom had cooked up to boost his ego.

But he isn’t angry with her. In fact, he thinks she did him a favour.

The 51-year-old actor recently posted a throwback photo on Instagram, showing him at eight, looking pleased with himself clutching what he believed was the winner’s trophy. But then to the amusement of fans he zoomed in on his prize to reveal it actually acknowledged him as the “Little Mr Texas Runner-Up 1977”.

Matthew admits in his recently published memoir, Greenlights, that thanks to his mom, Kay, he believed for decades that he’d won the title. It was only a few years ago that he learned he’d actually come in second.

“The funny thing about the story is, I was eight years old, go to Bandera, Texas, get up on the horse, answer a few questions about mama and stuff,” he recalled during an interview on The Kelly Clarkson Show. “And I won a trophy. That’s all I remember – that I won a trophy."

But in 2018 he finally discovered the truth.

“I was going through a file of old photographs and I found that photograph. And I was like, ‘Look at me, Little Mr. Texas’,” he said. “And then something caught my eye. I looked on the nameplate that was engraved and I zoomed in on it and it said runner-up.”

But he isn’t angry with his mother for misleading him – in fact, he thinks the fib may have helped him on the path to success.

“Would I even be sitting here right now with the life I’ve had if I was raised thinking I was the runner-up? So what did that white lie from my mom do for me, ya know?”

He might not have taken top honours that one time, but Matthew isn’t the only celebrity whose first taste of the limelight was the glamorous pageant scene.

She’s now one of the most followed people on the planet with more than 200 million Instagram followers, but once upon a time, she was an adorable kiddie model, donning a sash and a crown on the pageant stage. These days you know her as a veteran television journalist, but during her senior year of high school, Diane represented Kentucky in America’s 1963 Junior Miss Scholarship Pageant, which judged contestants on their grades and charitable endeavours. She emerged the winner. 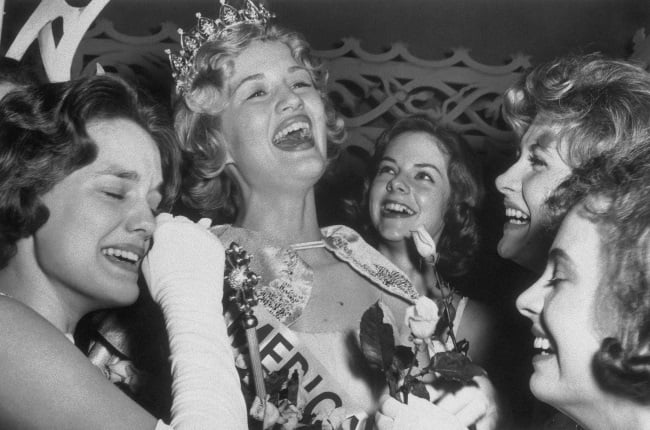 With her glossy brown locks, cornflower blue eyes and curvy figure, it’s no wonder Hollywood cast this ex-Miss USA as the original Wonder Woman in the ’70s TV series. Like her Wonder Woman predecessor, Gal got her start in pageantry. In 2004, she won the Miss Israel title – a result she hadn’t seen coming. “I never thought I’d win,” she told Glamour magazine. “I was shocked when they crowned me.”

Before she burst onto the Bollywood scene, Priyanka was the smiling, waving darling of the pageant scene. The Quantico actress’ career received a jumpstart at age 18 when she won Miss World 2000. 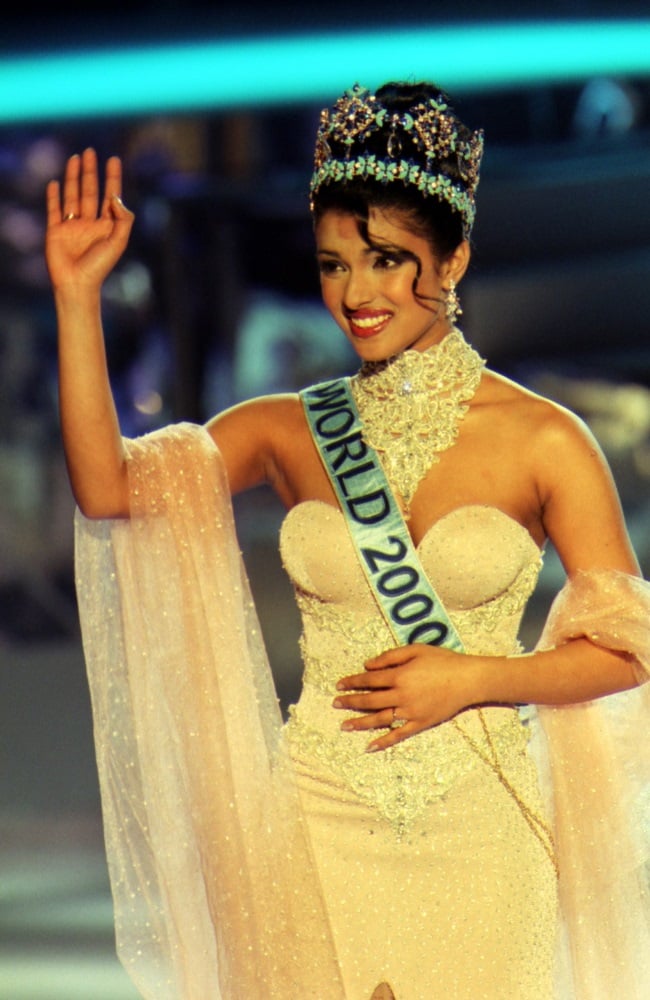 When she was a teen, a boyfriend entered the now Oscar-winner in her first beauty contest, and she never looked back. After being crowned Miss Ohio USA in 1986, Halle took second place in the Miss USA contest and sixth in Miss World. 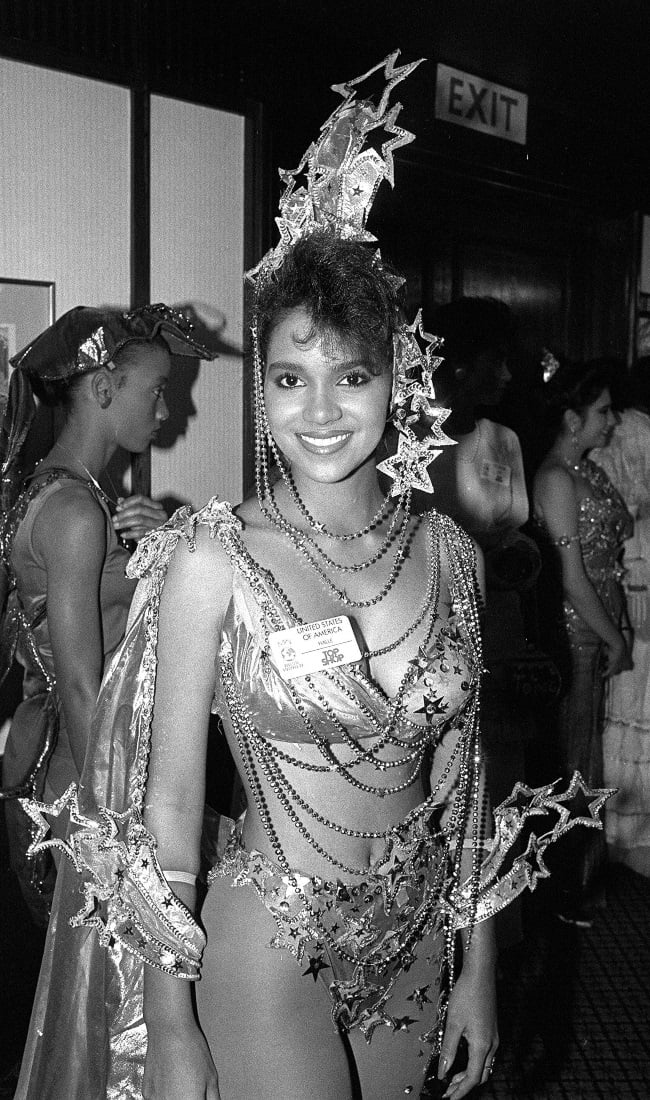 Who was Nashville’s Miss Fire Prevention in 1971? Oprah! A year later, the 18-year-old won Miss Black Tennessee and went on to compete in Miss Black America. Eventually she quit pageants to focus on her studies and later, as we all know, became a super-rich media mogul.

She made history by becoming the first black Miss America in 1983. Her reign ended early though thanks to a nude picture scandal. Unfazed, Vanessa took to heart the motto of “success is the best revenge” and carved out a successful career in Hollywood. 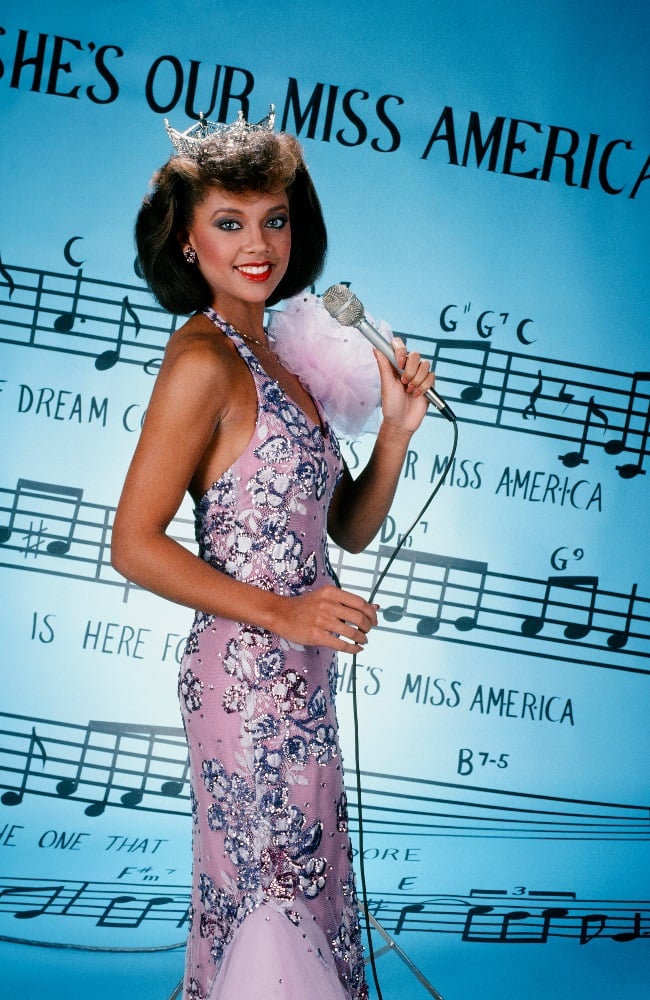 Long before she was Gabrielle Solis in Desperate Housewives, Eva was her hometown’s Miss Corpus Christi ’98. From there, she went on to win a Los Angeles talent contest and soon the TV and movie roles were rolling in – along with a L’Oréal contract and a Most Beautiful title from People magazine. In 1978 Michelle won the Miss Orange County beauty pageant before taking sixth place in Miss California. Immediately afterwards, she got an acting agent and started landing TV and film roles. Michelle (56) admits she cashed in on her looks and “played bimbos” as she “needed to learn how to act”. 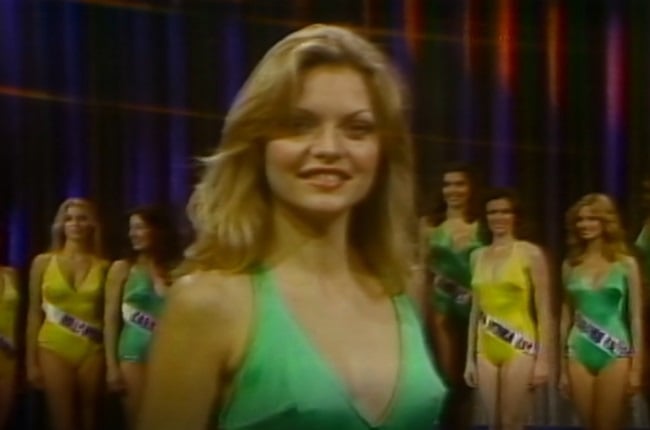 The Eve actress represented America at the 1996 Miss Universe Pageant and while she didn’t win, she was offered a job by Donald Trump to help him run the contest. She turned him down to concentrate on acting and modelling. We live in a world where facts and fiction get blurred
In times of uncertainty you need journalism you can trust. For only R75 per month, you have access to a world of in-depth analyses, investigative journalism, top opinions and a range of features. Journalism strengthens democracy. Invest in the future today.
Subscribe to News24
Next on You
Oh baby! Celeb mamas who’ve bounced back after giving birth in 2020