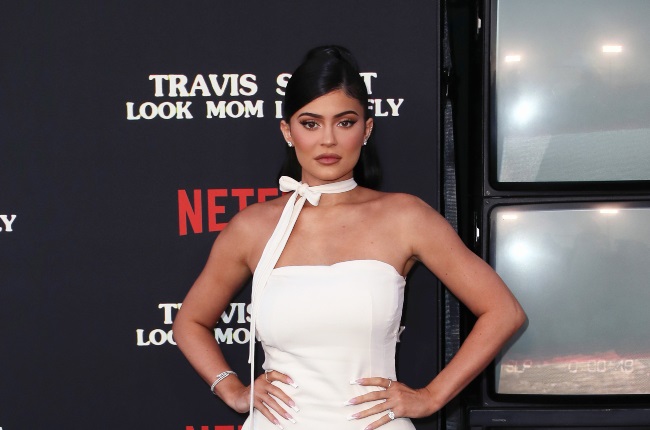 Animal-crazy Kylie Jenner has added another cute little character to her growing menagerie.

The makeup mogul introduced her Instagram followers to her new puppy, Kevin, and the pint-sized pooch made a major impression, quickly garnering five million likes from his human mom’s legion of fans.

Kylie (23) showed off the latest addition to her family in a handful of pics on 22 February, adding a white heart emoji to the caption.

In the first shot, Kevin, a white and grey pup with floppy ears, is shown standing outside serving some serious puppy face for the camera.  Another pic shows Kevin being held and flashing his puppy-dog eyes at the camera.

The Kylie Cosmetics founder also posted two videos of Kevin to her Instagram Story, the first of which shows the pooch staring off while sitting on the floor.

"Kevin! Kev! You’re so cute!" Kylie can be heard cooing in the background.

"He’s just looking at my slippers," she adds before Kevin finally makes eye contact with the camera.

Kylie's other Instagram Story video shows the little dog cuddling up to her, with the text reading "my son." Before Kevin arrived, Wesley the chihuahua/dachshund mix was the most recent addition to the pet pack, joining the gang in February 2019.

One year later, Kylie dropped a cool $200 000 (about R2,9 million) on a pony for her daughter, Stormi, whom she welcomed with Goosebumps rapper Travis Scott in February 2018.

Fans are probably most familiar with Kylie's Italian Greyhounds, Norman and Bambi, who even had their own Instagram account.

In February 2019, the Keeping Up With the Kardashians star cleared the air when some of her followers began to wonder what happened to Norman when he hadn’t made an appearance on her Instagram for quite some time.

“What makes u think anything happened to my Norman?” Jenner tweeted at the time. “I don’t post my dogs as much but that doesn’t mean they aren’t very much a part of my life still.”

We live in a world where facts and fiction get blurred
In times of uncertainty you need journalism you can trust. For only R75 per month, you have access to a world of in-depth analyses, investigative journalism, top opinions and a range of features. Journalism strengthens democracy. Invest in the future today.
Subscribe to News24
Related Links
Caitlyn Jenner opens up: I’m much closer to Kylie than secretive Kendall
Kylie and Kanye top richest celeb list . . . and even Ellen makes it in!
Kylie Jenner trolls her family on TikTok – and it’s the funniest thing you’ll see today!
Next on You
His teeth are falling out and he can barely see: Harvey Weinstein’s lawyer claims he’s too sick to face charges in Los Angeles