A new mugshot of Bill Cosby was released on Tuesday – and it’s fair to say the disgraced comic appears a tad dishevelled.

Taken last month, it shows the 83-year-old looking away from the camera with a rather sly grin on his face. He also sports heavy stubble, his hair is longer and greyer and he has a white mask hanging around his neck. His last mugshot was taken in 2018. It’s the first time Bill has been seen since he entered the suburban Philadelphia prison in 2018 after being sentenced to three to 10 years on charges of drugging and sexually assaulting a woman at his home in 2004.

The prison periodically takes new photos of inmates as their appearances can change over time and Cosby is up for parole soon.

Possible freedom is not the only reason the veteran star – who has been accused of drugging and sexually molesting over 50 women over the course of his decades-long Hollywood career – may be smiling.

In June he won the right to fight his 2018 sexual assault conviction in the Pennsylvania Supreme Court. Bill Cosby is taken out of the Montgomery County Courthouse to state prison in shackles on 25 September 2018 (Photo: Gallo Images/Getty Images)

The court has agreed to review two aspects of the case, including the judge's decision to let prosecutors call five other accusers to testify about long-ago encounters with the once-powerful actor.

Cosby's lawyers have long challenged that testimony as “remote and unreliable” and those issues have been at the heart of the case since the actor was initially charged in December 2015.

Spokesperson Andrew Wyatt says his Bill is “extremely thankful” the court will hear the case.

“As we have all stated, the false conviction of Bill Cosby is so much bigger than him – it's about the destruction of all black people and people of colour in America,” Wyatt said in a statement.

Cosby’s lawyers also challenged his classification as a sexually violent predator subject to lifetime supervision. The actor has always maintained that his extra-marital relations were consensual. 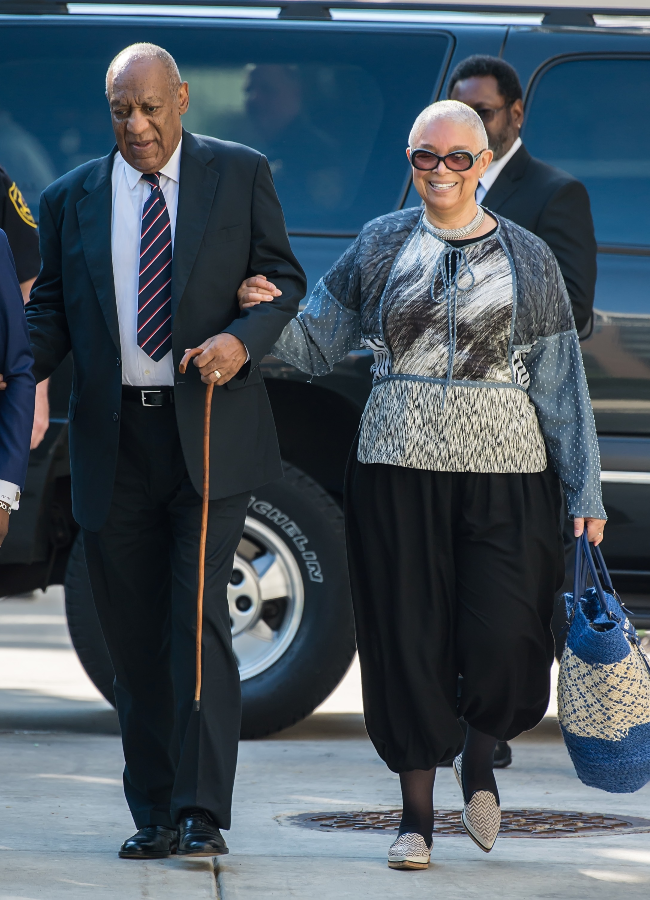 Bill Cosby and his wife, Camille, arrive for his trial at Montgomery County Courthouse on 12 June, 2017 in Norristown, Pennsylvania (Photo: Gallo Images/Getty Images)

In an interview earlier this year with ABC News, his wife, Camille (76), lashed out at the #MeToo movement and the many women who have accused her husband of sexual assault, saying she doesn't “care” about their feelings.

She added that she’s “very pleased” the supreme court is ready to review the case.

We live in a world where facts and fiction get blurred
In times of uncertainty you need journalism you can trust. For only R75 per month, you have access to a world of in-depth analyses, investigative journalism, top opinions and a range of features. Journalism strengthens democracy. Invest in the future today.
Subscribe to News24
Next on You
Sofia Vergara and Joe Manganiello are the latest celebs to seek protection from a crazed fan – and they’re not the only ones