He’s the king of the F-word and has no qualms dishing out abuse to other restaurateurs and chefs. But now Gordon Ramsay has received a taste of his own medicine after a disgruntled diner left a scathing review online.

Following a disappointing meal at the celebrity chef’s York & Albany restaurant in Camden, London, the diner served up a hot diss of the small and expensive steak and chips he was presented with.

Posting on TripAdvisor, Guillaume R gave Gordon’s restaurant a one-star review and suggested that he treats his customers like a joke.

“When one masters and creates molecular cuisine, the other has come up with homeopathic cuisine,” he wrote.

“Gordon isn’t Heston but Gordon is Jesus. He multiplies the steaks. Give him a regular-sized one-portion steak in any restaurant and this is what he comes up with.

“Gordon, you made a name giving advice on how to run a restaurant. Let me give you my advice. This is Covid time. Hospitality sector is in bad shape. Blatantly joking at your customers won’t help your business,” the review continued.

“2 stars for the polite staff,” the diner concluded.

The 53-year-old chef has previously been criticised for charging £19 (R409,50) for an English breakfast at another of his restaurants in London.

MEMORABLE Times Gordon HAS put the boot in

Sometimes Gordon Ramsay shows he has a sense of humour, engaging with fans on Twitter and responding to users who send him photos of their cooking, often coming up with hilarious if brief critiques.

When user @ScwipsAlt asked the chef to rate his dinner out of 10, Gordon was quick to check if he was cooking or in a biology lesson.

Are you in a biology lesson https://t.co/zTcGcj3t9D

On Valentine’s Day, a pie company wanted to know whether its products were worthy of an award.

not that sure it's the most romantic way to spend next Tuesday biting into the crust eating cold jelly and looking into her eyes... https://t.co/l6Ql2PEVGC

When asked to rate someone’s English breakfast, he didn’t hold back.

@GordonRamsay what would you give my Fry up out of ten ??? pic.twitter.com/6s5PC77KBG

Over the years, Gordon has delivered intense insults and over-the-top freakouts on cooking shows such as Hell’s Kitchen, MasterChef and Kitchen Nightmares.

In one of his most infamous reactions, the celebrity chef literally shoved two slices of bread into a contestant’s face.

Probably one of the unkindest insults Gordon has thrown out.

And when he’s run out of patience completely, he resorts to the ever-reliable F-bomb.

We live in a world where facts and fiction get blurred
In times of uncertainty you need journalism you can trust. For only R75 per month, you have access to a world of in-depth analyses, investigative journalism, top opinions and a range of features. Journalism strengthens democracy. Invest in the future today.
Subscribe to News24
Related Links
Cooking for a cause! Self-taught chef cooks up an incredible campaign during lockdown
David Beckham adorably compares his daughter Harper to Gordon Ramsay
Gordon Ramsay after dropping 20kg: It was lose weight or lose my wife!
Next on You
It’s complicated! Magic Mike is single again – as he and Jessie J part ways once more 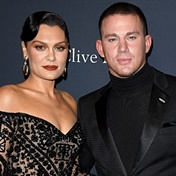