With 34 trophies to his name, Ryan Giggs ranks as one of Manchester United's most decorated soccer players. But despite his illustrious career, the former midfielder has been in the headlines more for his behaviour off the pitch than on it.

His scandalous personal life first made headlines in 201 when it emerged he'd been sleeping with his brother's wife for eight years. The news caused irreparable damage to the player's family and his public image.

Now, he's in the headlines again. Ryan has been charged for controlling and coercive behaviour towards his ex-girlfriend Kate Greville.

He also faces a charge of assault and could spend up to five years behind bars if he's found guilty.

Ryan and Kate dated from 2017 until 2020. The pair met in 2013 after Kate, a PR practitioner, helped promote his Hotel Football venue, launched with former United teammate Gary Neville.

Ryan divorced his wife, Stacey Cooke, in 2017 and was still married when he met Kate. 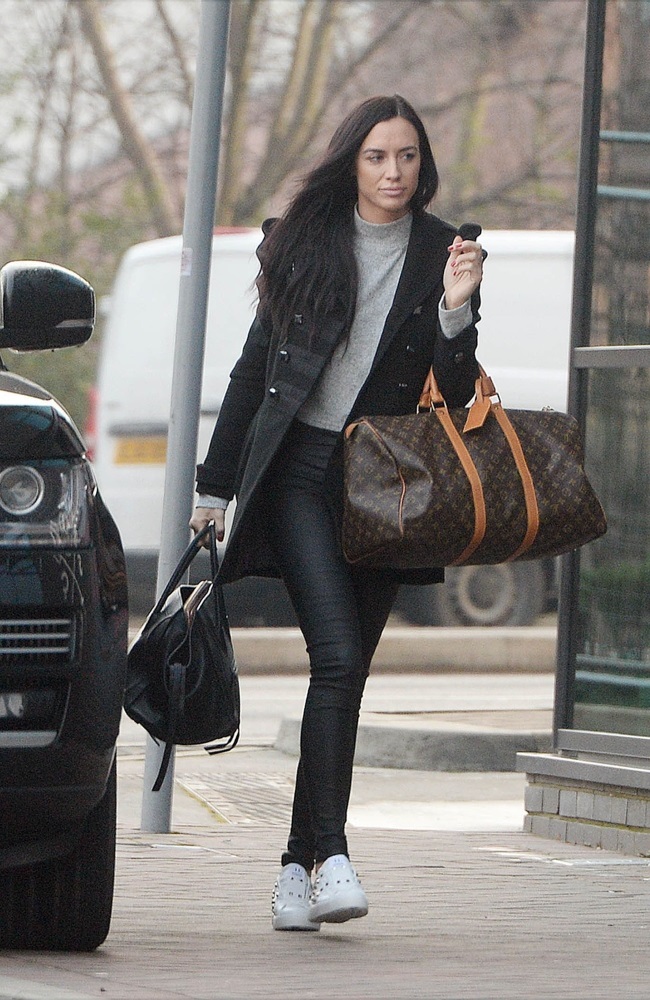 Kate, who was also married at the time they met, says they bonded over their unhappy marriages. They were "soulmates" and "best friends" when they first got together, she says, but the three-year relationship would later become "toxic" and "coercive".

She claims the "cycle of abuse" included an email he sent to her titled "blackmail". It included an intimate video of the pair and a threat to share it if she didn't make contact with him. "He'd say: 'I'm going to send these messages to people if you don't reply'," she says.

On another occasion, she claims Ryan bombarded her with up to 50 messages an hour and threatened to ruin her career. When she stopped answering him, he flew out to where she was living in Dubai and said to her, "Let's start a family, you're the only person I want to be with."

It seemed to be nothing more than a ploy because "then he went back home and I found out he was dating another girl", Kate says. "I was absolutely devastated."

During their relationship, Ryan also called her by his ex-wife's name because he "knew it would upset her".

"He said I was just like his ex-wife, so he called me on her name, Stacey."

During a harrowing 105-minute testimony, Kate claimed that Ryan had headbutted her during a row. The couple had been fighting after she found evidence of alleged affairs "going back many years" on his iPad.

She told the court her lip "instantly swelled" during the incident at his home in Worsley, Greater Manchester, in November 2020.

Kate claims he also broken her elbow after he pinned her to the floor in their utility room as he tried to snatch her phone from her hand. Ryan Giggs split from ex-wife Stacey Cooke in 2017 after 10 years of marriage. The pair are parents to Zachary (15) and Liberty (19). (PHOTO: Gallo Images / Getty Images)

She recalls how, on another occasion, he "kicked me in the back so hard that I flew off the bed and landed on the floor". The couple were staying in a London hotel and Ryan, she says, proceeded to drag her naked into the living room of the suite.

"He got my bag with my laptop and threw it at my head," she told detectives at the time, adding that Ryan locked her out of the hotel room naked before letting her back in about 10 minutes later. The row reportedly erupted after she accused him of flirting with other women in her presence.

The footballer was unfaithful throughout their relationship and had engaged in affairs with eight women during their six-year on-off relationship, according to Kate.

Ryan (48) has since found love again with lingerie model, Zara Charles (33). Insiders say she's been a pillar of support for him as he faces the charges.