SEE THE PICS: Ben Affleck’s 10-year-old causes a fender-bender with a R3,6 million Lamborghini – and Jennifer Garner is NOT happy 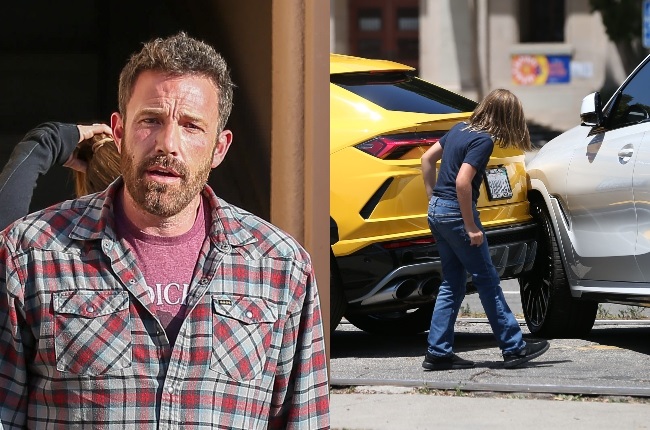 During a recent visit to a car-rental agency in Los Angeles, Ben Affleck allowed his son, Samuel, to hop into the driver's seat of a super expensive car but it didn’t take long for the actor to regret his decision.

While sitting behind the wheel of a yellow Lamborghini Urus, which costs $225 000 (R3,6 million), something went wrong and the 10-year-old ended up reversing into another luxury vehicle.

"Ben was at the dealership to test drive a new car," a source said. "Sam seemed interested in the exotic cars. Ben let him get into the driver's seat of an expensive Lamborghini, [and] the car ended up reversing into another parked car."

The Deep Water star, who was also accompanied by fiancée Jennifer Lopez, seemed horrified after the Lamborghini rolled back, hitting a white BMW. 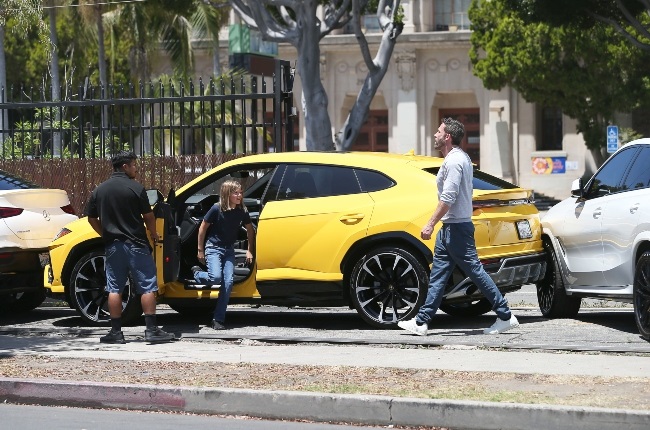 Sam accidently reversed the car into a white BMW that was parked behind it. (PHOTO: Carlos/X17online.com/Magazine Features)

"There seemed to be no damage to the cars though. You could tell that Ben very much regretted letting Sam get into the driver's seat. He seemed upset about it," the source added. Sam got out of the car to check the extent of the damage. (PHOTO: Carlos/X17online.com/Magazine Features)

An employee from the dealership told The New York Post newspaper that the cars in their lot are parked tightly together.

“When [Sam] got into the car, it jerked back and forth,” he said. “We have a small lot and the cars are close.” Luckily no one was hurt and Ben's representative told news outlets that no damage was caused and all parties involved were okay.

But the reassurances did little to appease puzzled internet commentators, many of whom questioned why the two-time Oscar winner let Sam, his son with ex-wife Jennifer Garner (50), behind the wheel in the first place.

One person criticised the 49-year-old for his “bad parenting” while another harshly branded him “stupid and irresponsible”.

A third berated the Live by Night director for “putting his son’s life in danger”. The actor was seen speaking with employees at the dealership. (PHOTO: Carlos/X17online.com/Magazine Features)

While Jennifer Garner hasn't spoken out directly about the incident, a well-placed source claims the actress is “beyond thankful nobody got hurt”.

“Jen wasn't happy when she found out Ben let their son drive, particularly given he was driving a sports car in an enclosed space of all things,” the source adds.

“She knows how dangerous that was and she knows things could've gone badly.” The insider also noted that although J Lo (52) was there at the time, Jennifer doesn't hold her responsible for what happened.

“Even though J Lo is a mom and likely knows how risky that was, Jen doesn’t blame her at all because Ben should’ve known better."

“Jen knows Ben was also upset over the whole thing. He apologised profusely and told her how sorry he was. She’s moved on but hopes Ben and Sam learnt a lesson from this whole thing.” After the incident Jennifer was seen holding hands and chatting to Sam. (PHOTO: Carlos/X17online.com/Magazine Features)