Her California mansion is almost as bright and sunny as she is.

But four years after purchasing the stunning property in Malibu, actress Emma Stone (33) has decided to sell it.

The Oscar-winning actress recently listed her home for $4,2 million (about R66,3m) and according to real estate experts, it's not a bad price for an area where most homes sell for more than $5m (about R79m).

The home, situated on about 1,2 hectares of land, has three bedrooms and two bathrooms, and boasts exquisite ocean views.

Eric Lavey of Sotheby's International Realty describes it as the “classic 1958 California mid-century, hanging over the Pacific”.

“It’s the Malibu beach house they would choose for a Nancy Meyers movie,” Eric adds. The outdoor living space is surrounded by greenery. (PHOTO: magazinefeatures.co.za)

The newly renovated one-storey house is surrounded by eucalyptus and yucca trees and other greenery.

As you walk inside you are greeted by beautiful white open spaces, ceilings and walls that make the home feel light and peaceful. 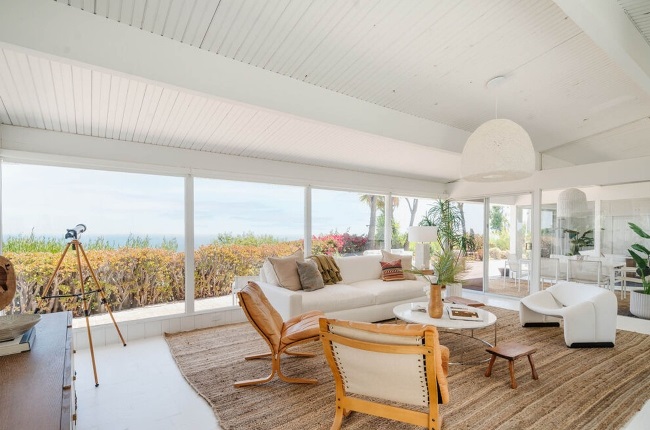 The home is situated on 1,2 hectares of land and boasts exquisite sea views. (PHOTO: magazinefeatures.co.za)

The bedrooms, which sit on the end of the home, are each connected to a wrap-around terrace and the bathrooms are adorned with blue, yellow and gold trimmings, which give them a modern feel. Emma and her husband, Dave McCary, have reportedly moved into their Austin, Texas, home which they purchased a year ago. (PHOTO: Gallo Images/ Getty Images)

The home, which has floor-to-ceiling windows, boasts a recreation room as well as an art studio. The amenities include an art room. (PHOTO: magazinefeatures.co.za) According to Robb Report, Emma bought the Malibu property in 2018, the same year she bought a Manhattan apartment.

The following year she bought a home in Los Angeles. 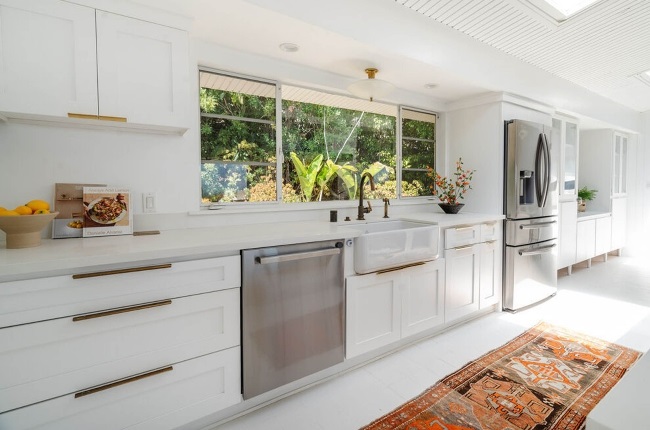 The sleek white kitchen is airy and spacious. (PHOTO: magazinefeatures.co.za)

But the Cruella actress is said to be giving up her Malibu house after deciding to put down permanent roots with her husband, Dave McCary, and their one-year-old daughter, Louise Jean McCary, in Austin, Texas.

According to Dirt.com, the La La Land actress’ Austin home, which she bought last year, is a traditional style house with four bedrooms and three and a half bathrooms. You can see the ocean from the bedrooms. (PHOTO: magazinefeatures.co.za) 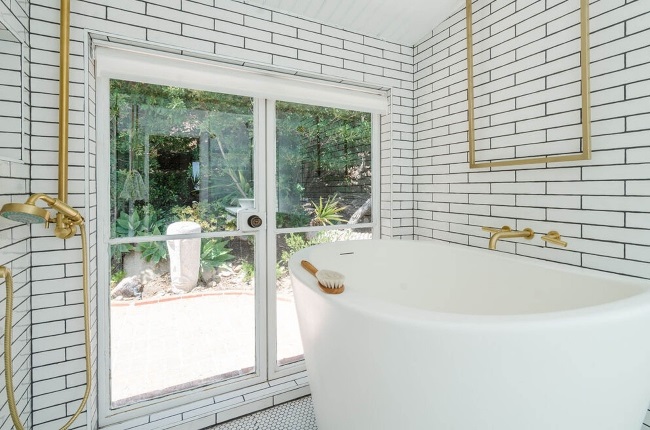 The white bathroom is complete with gold trimmings. (PHOTO: magazinefeatures.co.za)

Experts say though Emma's Malibu residence is not the biggest and flashiest in the area, it is likely to sell pretty quickly because of its enviable location.

We live in a world where facts and fiction get blurred
In times of uncertainty you need journalism you can trust. For 14 free days, you can have access to a world of in-depth analyses, investigative journalism, top opinions and a range of features. Journalism strengthens democracy. Invest in the future today. Thereafter you will be billed R75 per month. You can cancel anytime and if you cancel within 14 days you won't be billed.
Subscribe to News24
Related Links
Hollywood holiday homes waiting for you to rent
This Marilyn Monroe lookalike even lives in one of the late screen icon’s homes
Inside Jennifer Lopez and Ben Affleck's luxurious R800-million Bel-Air family home
Next on You
Rupert Murdoch and Jerry Hall are divorcing after six years: how will the media titan share his $17 billion fortune?