SEE THE PICS: North West rocks a nose ring at Paris Fashion Week – but fans beg Kim to let her 'be a child' Kim Kardashian and North West have been enjoying a girls' trip in Paris for Haute Couture Fashion Week.

The nine-year-old budding fashionista showed off a slew of high-fashion looks while in the French capital, but not everyone was a fan of her edgy accessories.

North wore a vest and skirt combo, while her mom opted for a maxi dress. To round off their all-black ensembles they both rocked the same black oval sunglasses. But it was their matching silver chain nose rings that proved to be the real showstoppers.

The duo's daring looks were widely shared across social media platforms, triggering a waterfall of comments.

“North’s outfit is on point. Love it!” one social media user said. 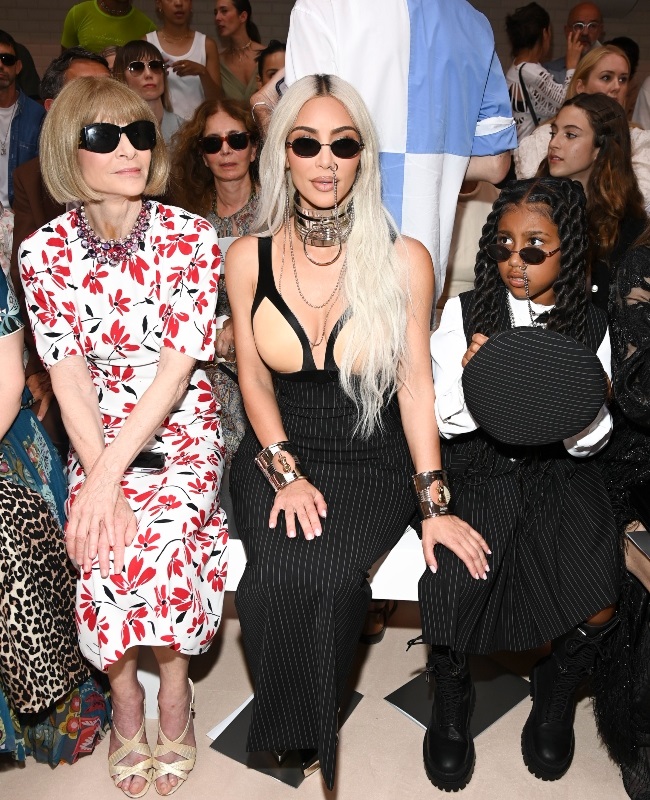 Even though scores of fans praised the tween's trendy style, many slammed her parents for allowing her to wear the accessory.

“She's just a little girl and that piercing looks awful! Not appropriate for her age,” someone said on social media.

“What happened to little girls wearing bright fun colours? This is so sad,” said another.

Yet another wrote: “North can't even be a 9-year-old child thanks to her mother.”

It's not the only style statement North made while in Paris.

At one point the youngster – whose father says his children are not allowed to be on social media without his permission – donned a vintage bomber jacket from her dad's former streetwear brand.

The bright blue garment was part of Ye's now defunct Pastelle brand, with items from the collection now so rare that a jacket costs a whopping $10 000 (R165 000). North also stepped out in a vintage Pastelle jacket, the same one her father wore to the American Music Awards in 2008. (PHOTO: Gallo Images / Getty Images)

But money is no object when your mom's a social media star and your dad is one of the richest rappers on the planet. North completed her ensemble with a Balenciaga bag, which retails for £1,350 (R27 000).

The pair were later pictured stepping out for lunch, with the youngster donning an oversized jumper paired with distressed jeans and chunky Crocs. To accessorise her look she wore a necklace spelling out her name, Balenciaga shades and hard-wedged crocs from the Spanish fashion line costing £675 (R13 500).

Although North seems to be finding her own style, we can't help but wonder what Ye will have to say about it all.