Simon Cowell says Lauren Silverman has been with him through thick and thin. (PHOTO: Getty Images)

Simon (62) surprised Lauren (44) with a beach proposal while on holiday in Barbados with their children, son Eric (7), and Lauren's eldest son, Adam, from her previous marriage.

The couple, who have been together since 2013, began dating while Lauren was still married to her ex, Andrew Silverman, a property developer.

Simon has previously admitted he's not proud of the fact that they began dating while Lauren was still married, saying at the time, "I can't hold my head up about it."

Their engagement came as a surprise to many, especially as Simon always claimed to be against the idea of marriage. “I don't believe in marriage, certainly not in this business. The truth is that you get married and in a year or two they clean you out! It's just not going to work,” he said back in 2008.

It's said he broke up with his exes – among them the singer Sinitta, former glamour model Jackie St. Clair, and entertainment reporter and actress Terri Seymour – because they wanted to get married and he didn’t.

The closest the X-Factor creator has come to marriage was in 2010 when he was engaged to make-up artist Mezhgan Hussainy, but they never made it down the aisle. The two parted ways in 2012.

Lauren, however, seems to be just what Simon needed to change his mind about marriage. He once described her as his rock.

A source close to the couple told The Sun, “While Simon never thought he was the marrying type, he’s realised he’s met the woman of his dreams  – and couldn’t be happier. In the words of Beyoncé: it was time to put a ring on it.” Simon with his and Lauren's son, Eric, who Simon says is his best friend. (PHOTO: Getty Images)

The source added that the pandemic lockdown had brought them closer together, describing them as "nauseatingly" in love.

Still, the bride-to-be didn't see a proposal coming. “Lauren was absolutely stunned and never in a million years expected Simon to pop the question. She burst into tears – happy tears – and obviously said yes straight away.”

“They're both super happy," a friend of the couple told People magazine, adding, “They've been together a long time now and adore each other, so it's not a huge surprise to their close friends.”

It's not yet known when the pair will wed but the ceremony is sure to be a showcase of the who's-who in showbiz, given Cowell's long career in the music and entertainment business. 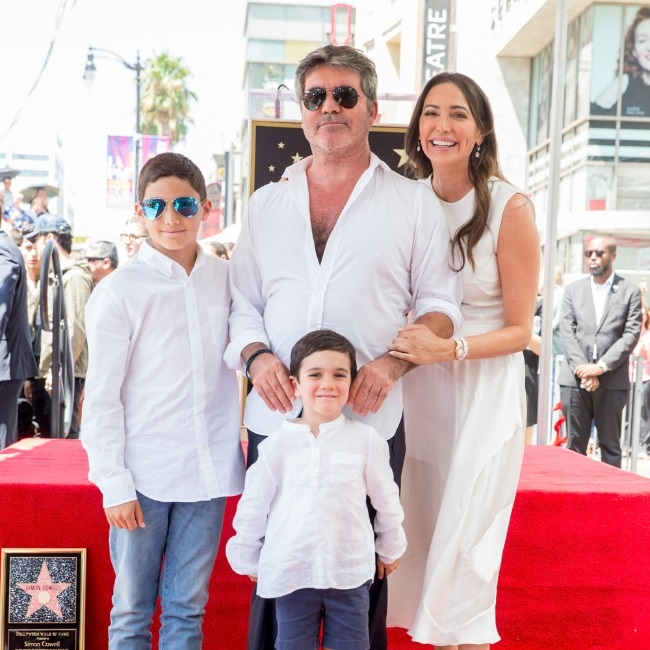 The couple and Eric live together with Lauren's son Adam from her previous marriage. (PHOTO: Getty Images)

We live in a world where facts and fiction get blurred
In times of uncertainty you need journalism you can trust. For only R75 per month, you have access to a world of in-depth analyses, investigative journalism, top opinions and a range of features. Journalism strengthens democracy. Invest in the future today.
Subscribe to News24
Next on You
After three decades in fashion Naomi Campbell has signed to a new modelling agency