Their lives might seem far removed from ours but then, every so often, a celeb is pictured doing something surprisingly normal. (credit: Dylan Travis/ABACA/ TheImageDirect.com / Magazine Features)

Their worlds may seem to revolve around photo shoots, red-carpet events and jealousy-inducing getaways to private islands. But every so often, stars do stuff that reminds us they’re regular people too.

Work gets a bit much sometimes: model and TV personality Heidi Klum looked like she needed a minute while filming America’s Got Talent in Los Angeles. 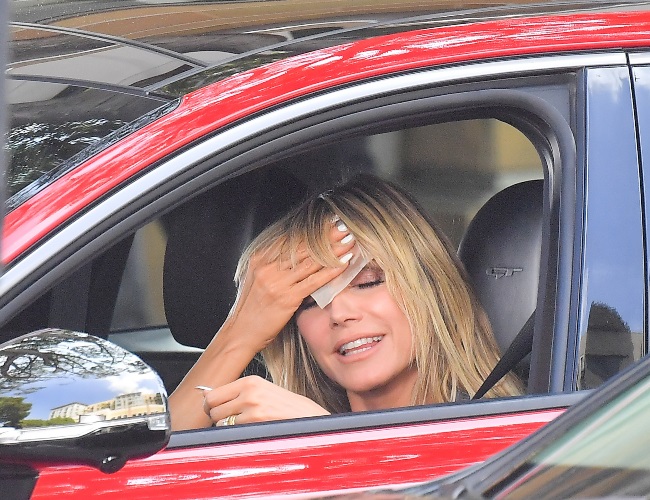 Their kids don’t stay kids forever: Katie Holmes and Tom Cruise’s daughter, Suri, looked glamorous and grown up as she stepped out for ice cream in New York. They work hard for their money: Sarah Jessica Parker was snapped helping a customer at her New York shoe store, SJP. They argue and get over it quickly: British actor Hugh Grant and his wife, Anna Eberstein, seemed to be having a tense conversation while out in London. After putting their differences aside, they went for a ride on his Vespa Scooter. They get expressive when they’re chatting: Blake Lively used her hands to get her point across to husband Ryan Reynolds during a stroll in New York. Sometimes they can’t hide how tired they are: Gwen Stefani failed to stifle her yawn while visiting her mom in Los Angeles. They take their dogs everywhere: Calista Flockhart and Harrison Ford were pictured in Los Angeles, leaving their private jet with their pet pooches in tow. Their little ones can be a handful: Hilary Duff had to set the car seat down on the ground to make her newborn daughter, Mae, a little more comfortable while out in Los Angeles. They can’t hide when they’re in love: YouTube sensation JoJo Siwa celebrated her new romance with girlfriend Kylie Prew with kisses aboard a cruise at Disney World. They hit pause to spend time with their little ones: Kate Mara spent enjoyed quality time with her daughter, just sitting outside their home in Los Angeles. They can’t help but get a little handsy: Kelly Osbourne couldn’t keep her hands off her hunky beau, Erik Bragg, while he fixed his old station wagon in Los Angeles. They can’t resist a bit of horseplay: Actor Leiv Schreber’s girlfriend, Taylor Nielsen, hopped on his son Sasha’s back while the trio walked their dog in New York. They love spending time with their cousins: Cousins and besties North West and Penelope Disick were pictured exiting a dinner date with Penelope’s mother, Kourtney Kardashian, at Nobu in Malibu. They’re serious about exercise: Shia LaBeouf was pictured on an intense bike ride in California. The Pieces of a Woman actor appeared to work up a sweat as he was seen pulling over and removing his windbreaker before continuing on. They honour their idols: Model Irina Shayk was snapped sporting a sweatshirt honouring late rapper DMX while out and about in New York with daughter Lea. Sometimes they have to drag their kids on errands: British singer Lily Allen was seen dashing through New York with her daughters, Marnie and Ethel. 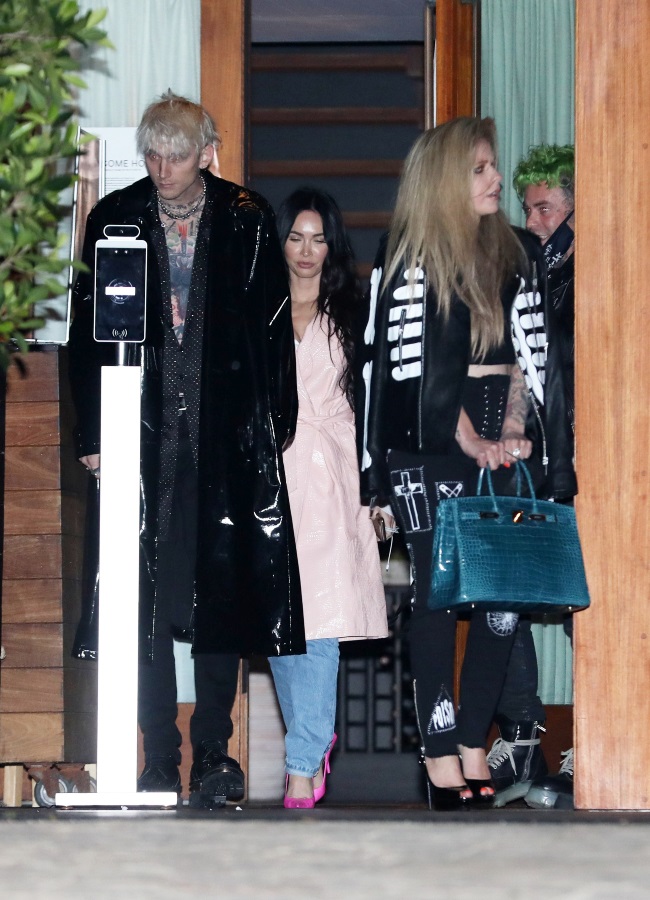 They set aside one-on-one time with their kids: Jennifer Garner cosied up to younger daughter Seraphina, who showed off a chic new haircut