SNAPPED! The pics that prove celebs are just like us sometimes Their lives might seem far removed from ours but then, every so often, a celeb is pictured doing something surprisingly normal. (PHOTO: GlosPics/GoffPhotos.com / TheImageDirect.com / Magazine Features)

Seems parenting, looking after pets and doing chores is something we all have to put up with, no matter how rich and famous we might be.

They teach their kids to drive: Actors Ben Affleck and Jennifer Garner’s eldest daughter, Violet (15), ran over a kerb while her frustrated dad looked on during a driving lesson in Los Angeles. They take care of their animals: Actress Felicity Huffman was pictured grooming her horse while enjoying a day of riding in Los Angeles. 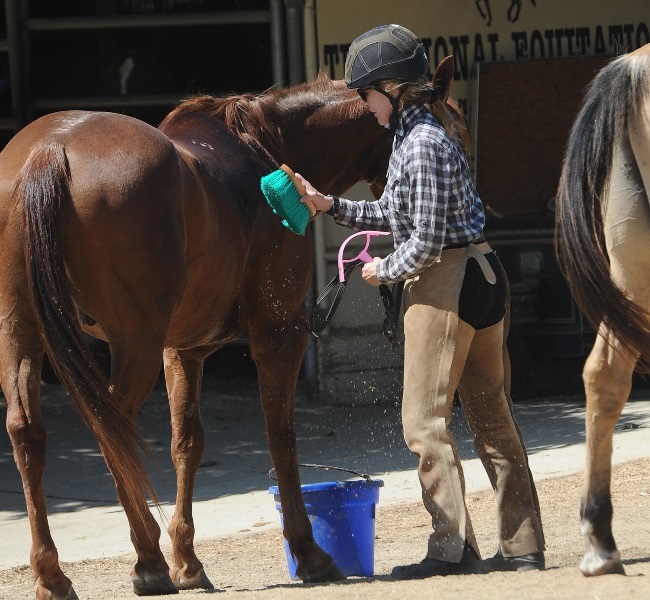 They get creative when running errands with their kids: Friends star David Schwimmer opted to commute via electric scooter while out and about with his daughter, Cleo (10), in New York. They’re not too old to spend quality time with their parents: Actress Kate Hudson enjoyed a breakfast date with her mom, Goldie Hawn, and stepdad, Kurt Russell, before heading to a baseball game in Pacific Palisades, California. Their kids can get a bit much: A very pregnant Gal Gadot carried daughter Maya (4) on her hip while out with the tot and eldest daughter Alma (9) in Los Angeles. They keep snacks on hand for their little ones: Actors Norman Reedus and Diane Kruger made sure their two-year-old daughter, whose name hasn’t been made public, was well fed when they hit the streets of New York recently. 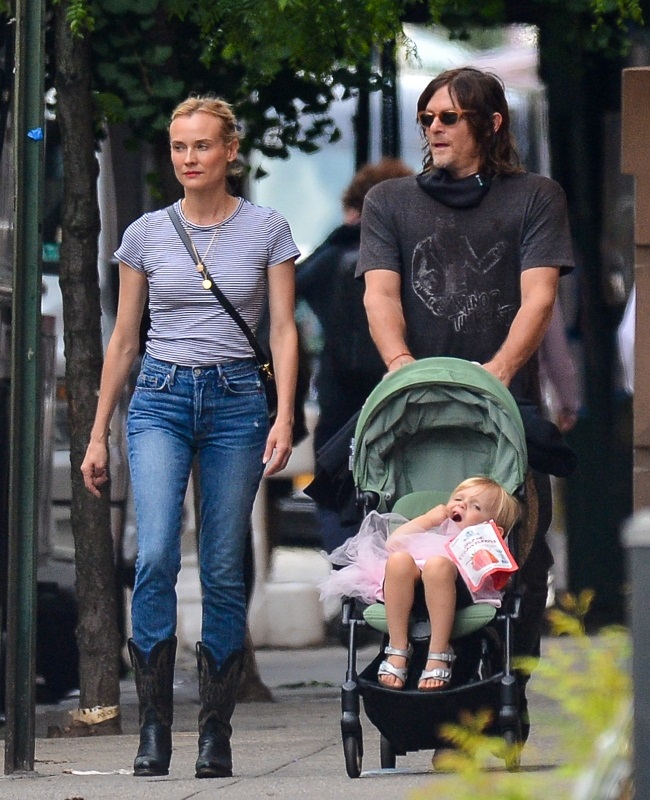 They take their kids along to work: Sarah Jessica Parker and 11-year-old daughter Tabitha were pictured putting in the hours at the Divorce actress’ SJP store in New York. They just love soaking up rays: Supermodel Kate Moss and her mother, Linda Shepherd, enjoyed a walk in the sun near Kate’s Cotswolds home in England. They dress down for work: Former One Directioner Zayn Malik looked decidedly comfy while heading to a photoshoot in New York. They keep things amicable for the sake of the kids: Actor Bradley Cooper and model Irina Shayk were spotted taking their daughter, Lea (4), for a stroll through New York. They have to put up with tired kids while shopping: Oscar winner Eddie Redmayne and his wife, publicist Hannah Bagshawe, crammed their son, Luke (3), and daughter, Iris (4), into one pram while out shopping in New York. Eddie Redmayne, wife Hannah Bagshaw and kids Luke and Iris. (PHOTO: TheImageDirect.com / Magazine Features)
We live in a world where facts and fiction get blurred
In times of uncertainty you need journalism you can trust. For 14 free days, you can have access to a world of in-depth analyses, investigative journalism, top opinions and a range of features. Journalism strengthens democracy. Invest in the future today. Thereafter you will be billed R75 per month. You can cancel anytime and if you cancel within 14 days you won't be billed.
Subscribe to News24
Next on You
She'll always be remembered as Sandy from Grease but Olivia Newton-John regarded her 30-year cancer battle her greatest achievement