SNAPPED: These pics prove celebs do normal things just like us Their world seems so far removed from reality – flawless photoshoots, glamourous designer gear and those envy-inducing getaways to private islands.

But celebs can do some pretty ordinary things too and sometimes, just sometimes, they seem a teeny bit just like us.

They let it all hang out when they’re not on the clock: Their little ones insist on tagging along but struggle to keep up with them: Their tots insist on dressing themselves: They dote on their kids:

Model Gigi Hadid and singer Zayn Malik looked totally smitten with their baby girl, Khai, while heading out to lunch in New York earlier this month They want to be pictured with the bride and groom:

Denzel Washington crashed a wedding photoshoot in New York City. The 66-year-old actor spotted the newlyweds during some downtime from filming Journal for Jordan in Central Park and happily posed alongside the stunned bride and groom. They take on new hobbies with their spouses:

Gossip Girl star Leighton Meester and The OC’s Adam Brody showed off their impressive surfing skills in Malibu. Leighton has been spotted enjoying the surf with her husband on numerous occasions since giving birth to their second child in September last year. They love showing off their babies:

Model Emily Ratajkowski couldn’t help but show off her newborn baby boy while pushing him around New York in a pram. The 29-year-old model welcomed her first child, Sylvester, with husband Sebastian Bear-McClard last month. They sometimes get dressed up just to get groceries:

Rihanna cut a stylish figure while rocking a vibrant tropical button-up during a recent visit to Bristol Farms market in West Hollywood. They have their hands full:

Controversial Instagram influencer Hilaria Baldwin was spotted stepping out with her youngest child, who was welcomed via a surrogate last month, in New York City. The mom-of-six juggled baby Lucia, a beverage and a Louis Vuitton bag. They stay in their workout gear:

Former Spice Girl Mel C couldn’t be bothered to change out of her workout gear as she grabbed groceries in London earlier this month. They struggle to get their kids to keep their masks on:

While designer Nicky Hilton could get three-year-old Teddy to wear her mask, four-year-old Lily-Grace flat out refused as she strolled alongside her mother on a recent outing in New York. 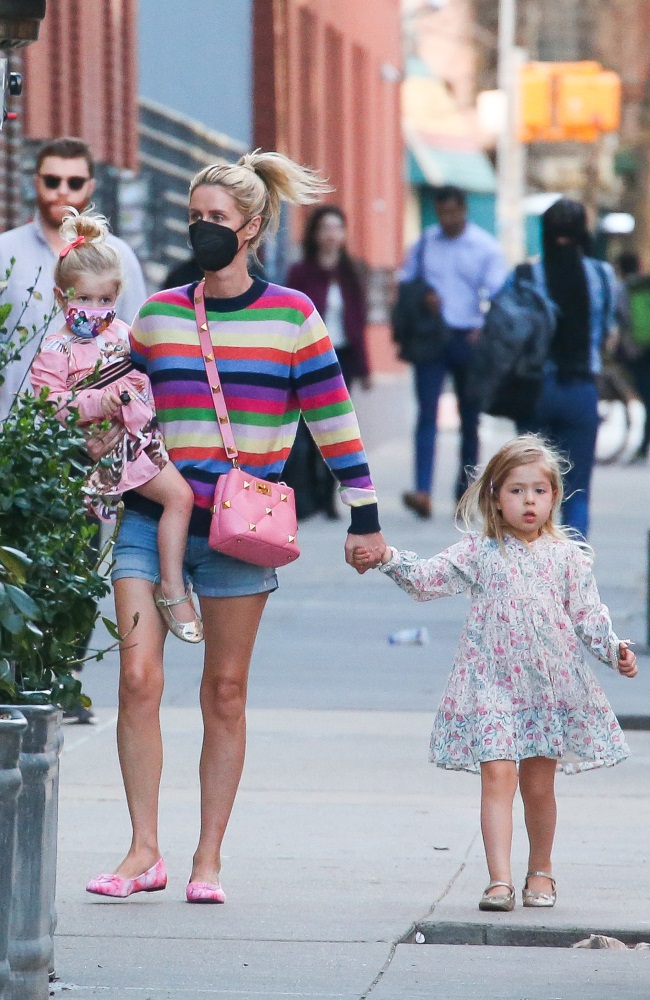 They unashamedly take selfies in public:

Slimmed-down star Rebel Wilson was pictured snapping her angles while out in London earlier this month. They make their kids look presentable:

Yes Day star Jennifer Garner was seen fixing her 12-year-old daughter Seraphina’s collar during a trip to her school in Los Angeles. Jennifer Garner and Seraphina (CREDIT: X17online.com/Magazine Features)
We live in a world where facts and fiction get blurred
In times of uncertainty you need journalism you can trust. For only R75 per month, you have access to a world of in-depth analyses, investigative journalism, top opinions and a range of features. Journalism strengthens democracy. Invest in the future today.
Subscribe to News24
Next on You
‘I’ve been hurt’: Nicole Kidman makes a rare comment about her 11-year marriage to Tom Cruise