In the muscial, which aired on Netflix earlier this week, Diana is played by Jeanna de Waal, with Roe Hartrampf appearing as Prince Charles. (PHOTO: Gallo Images / Getty Images)

Anyone who knows anything about the late Princess Diana knows that she simply loved musicals.

So it seems fitting that a musical inspired by her life has been made – although the production has been beset by pandemic delays.

Originally slated to debut on Broadway last year, Diana, The Musical managed to sneak out only a handful of previews before Covid shut everything down last year.

The stage show is due to open next month but a version filmed without an audience was released on Netflix earlier this week.

“Diana tells the story of one of the most beloved women of modern times,” the show’s synopsis says.

“Engaged to a prince she barely knows, 19-year-old Diana Spencer is thrust onto the world stage and, overnight, becomes the most famous woman in the world.

“As she struggles to navigate her way within the rigid structure of the royal family, Princess Diana finds herself trapped in a loveless marriage, eventually finding her voice by devoting herself to those in need.

“Forced to endure a media spotlight brighter than the world has ever known, Princess Diana defies all expectations to emerge as her own woman and create a legacy that will endure forever.”

Sounds pretty good – but fans are concerned that, had she been alive, she may not have been a fan of this particular production.

Reaction to the Netflix show has been overwhelmingly negative, with critics and viewers lambasting it for its premise and execution.

“Genuinely painful to watch,” one Twitter user wrote. “The idea of Diana: The Musical should’ve been destroyed, then burned, then have the earth where it grew salted.”

“Diana: The Musical is one of the worst things I’ve ever seen and I can’t stop thinking about it,” another said. “Truly awful”, “totally execrable” and “utter dogs**t” were other verdicts.

British royal expert Dan Wootton accused the musical of degrading Diana’s life “to a tawdry sideshow in the real love story between Charles and Camilla”.

“It suggests her passion for charity projects was simply to court positive media coverage. There is no mention of her game-changing public campaigns about bulimia and landmines, for example,” he says.

He even takes it a step further, asking how Harry – who’s publicly waged war against media organisations that demean the memory of his late mother – could continue his lucrative relationship with Netflix.

It was revealed in 2020 that Harry and his wife, Meghan, signed a multi-year deal to produce content with the streaming giant. 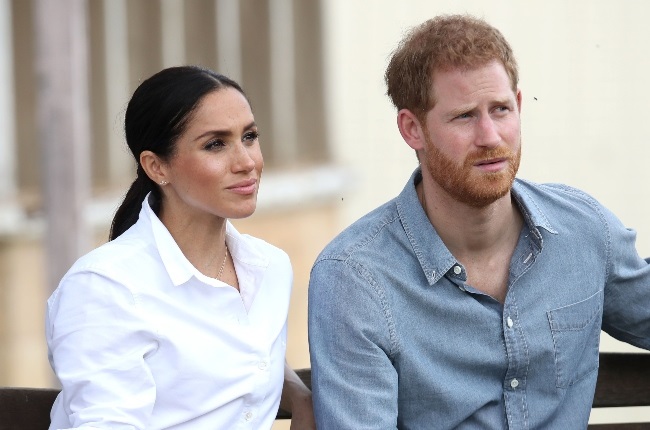 Seven months after inking a deal with Netflix, believed to be worth over $100 million, Prince Harry and Meghan Markle have unveiled the docuseries Heart of Invictus as the first project under that pact. (PHOTO: Gallo Images / Getty Images)

“The purchase and broadcast of this musical – a Broadway show – since the signing of Harry and Meghan makes it clear Netflix has zero standards when it comes to cashing in on royal inaccuracies,” Wootton says.

Some viewers, however, managed to find perverse enjoyment in the film’s shortcomings, especially to the overdramatic approach towards certain scenes.

“Diana: the musical is honestly making my heart hurt,” one commentator wrote. “It’s so awful its amazing.”