Spotted! Bradley Cooper and Irina Shayk spark speculation that they're together again Are they or aren’t they?

Less than two weeks after they were spotted strolling arm in arm down the streets of New York the former couple have once again sparked rumours of a reconciliation with another public outing.

This time they were with their four-year-old daughter Lea De Seine, and actress Anne Hathaway and her husband, Adam Shulman.

According to Mail Online, Bradley (46) and Irina (35) took Lea to see The Nutcracker at the Lincoln Center in NYC before joining Anne and Adam for dinner at Italian restaurant Felice.

The exes, who dated for four years until their split in 2019, looked cosy together as they laughed and played with their daughter. The couple were out with their daughter Lea and actress Anne Hathaway and her husband, Adam Shulman. (PHOTO: Theimagedirect.com/magazinefeatures.co.za)

Despite the united family front Bradley and Irina are putting up, a source insists they haven’t rekindled their romance.

“They are a very close family. But they are not officially back together.”

The pair have maintained a co-parent relationship since parting ways. While Bradley has not been publicly been linked to anyone since their split, Irina was rumoured to be dating rapper Kanye West earlier this year.

Neither Irina nor Kanye ever confirmed the rumours but those close to them say, “it was never a serious thing”.

“Kanye has been busy working and spending time with his kids,” the source says.

“This is his focus. He doesn't have time to date right now. He finds Irina amazing though. They remain friendly.” They went for dinner after taking Lea to see a performance of The Nutcracker. (PHOTO: Theimagedirect.com/magazinefeatures.co.za)

While Kanye has been making headlines for his failed attempts at reconciling with his estranged wife, Kim Kardashian, it seems Irina and her ex are picking up where they left off.

She was by his side at the recent premiere of his new flick Nightmare Alley. Bradley said having her at his side was “very special”.

Those close to the stars say although a lot of their interactions surround Lea and her schedule, Bradley and Irina are “also get together on their own”.

In an interview with HIGHStyle in September, the supermodel had nothing but praise for her baby daddy.

“He's a full-on, hands-on dad – no nanny,” she told the publication.

“Lea went on holiday with him for almost two weeks [and] I didn't call them once.”

She added that what makes co-parenting with Bradley easy, is that they have the same approach to parenting. 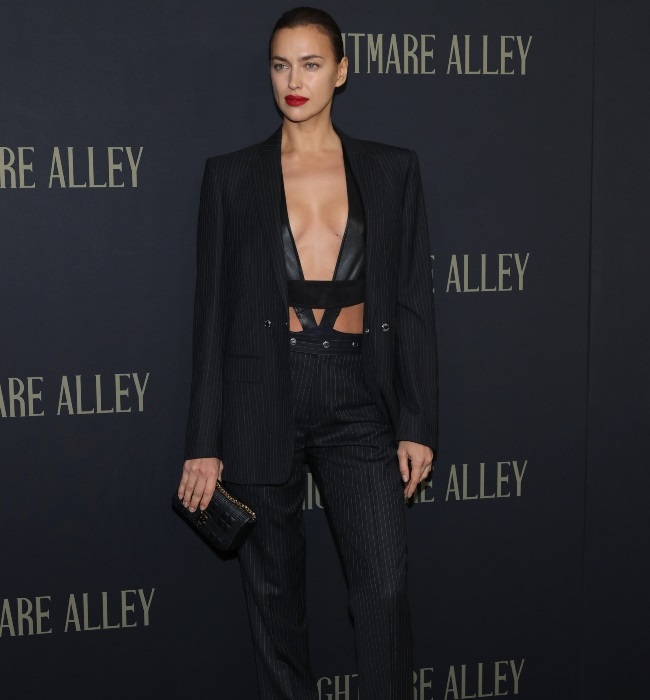 “Her father and I are very strict,” she says.

“When she finishes eating, she gets up from the table, takes her plate, says ‘thank you’.

“Without 'please’ or ‘thank you’ she's not getting anything.”

While they may see eye to eye when it comes to raising their little girl, the former couple had different outlooks on the future of their relationship, which led to their break-up.

“Irina truly had high hopes for their future together and felt once the baby was born they would find the time to marry but that never came to fruition,” an insider says.

“She wanted more from Bradley in every way. But she was unhappy and felt he spent too much time working.”

Perhaps now, more than two years after their split, things have changed and second time’s a charm – and a ring – for the couple.

We live in a world where facts and fiction get blurred
In times of uncertainty you need journalism you can trust. For only R75 per month, you have access to a world of in-depth analyses, investigative journalism, top opinions and a range of features. Journalism strengthens democracy. Invest in the future today.
Subscribe to News24
Related Links
Kimye is really over: Kim Kardashian parties and Kanye West dates Bradley Cooper’s ex, Irina Shayk
Bradley Cooper reportedly has a huge connection to Lady Gaga
Bradley Cooper and Irina Shayk considering a breakup
Next on You
Moving swiftly on! Pamela Anderson files for divorce from husband No 5