Elon and Grimes made their red-carpet debut at the Met Gala just over three years ago. (PHOTO: Gallo Images / Getty Images)

After three years together, Elon Musk has confirmed that he and singer Grimes are pressing pause on their romance.

"We are semi-separated but still love each other, see each other frequently and are on great terms," the 50-year-old told news site Page Six.

"It's mostly that my work at SpaceX and Tesla requires me to be primarily in Texas or travelling overseas and her work is primarily in LA. She's staying with me now and Baby X is in the adjacent room."

The news came shortly after the Tesla CEO made a solo appearance at Alicia Keys' 2021 Met Gala after-party as the Canadian-born singer walked the famed steps into the event by herself.

Pretoria-born Elon may be insisting that they remain on good terms, but it seems as though this hasn't always been the case.

Since the birth of their son, X Æ A-Xii, last May, the couple have had several reported clashes, including one surrounding the name of their son.

Revealing to the world the explanation behind her newborn son's unusual name, the 33-year-old electronic-pop singer, whose real name is Claire Elise Boucher, broke down each part of her child's name.

But in the tweet, she misspelled the precursor to the couple's "favourite aircraft".

"SR-71, but yes," Elon tweeted his response to his partner's mistake.

But she quickly hit back, reminding him that she had just given birth to their child.

"I am recovering from surgery and barely alive so may my typos b forgiven but, damnit," she tweeted. "That was meant to be profound." 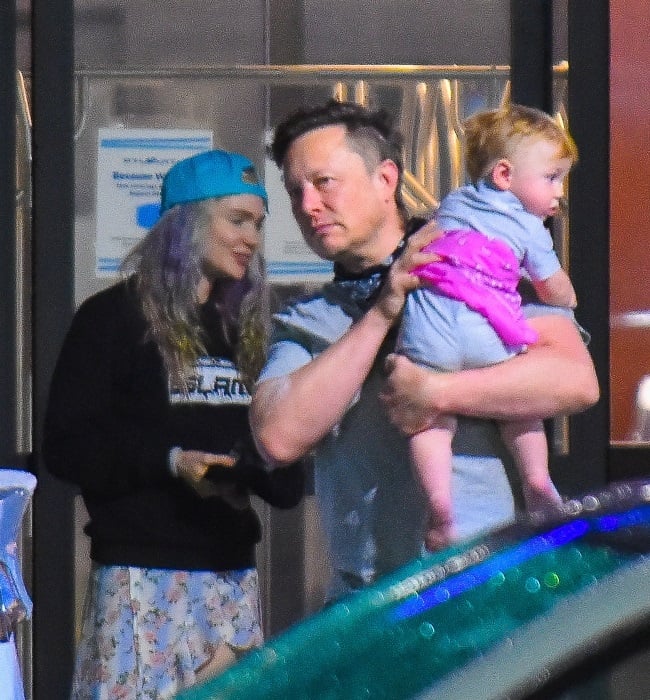 Just four days before she went into labour, the SpaceX founder tweeted: "Grimes is mad at me" after he wrote that he was selling most of his worldly possessions.

Less than impressed by his bold social-media statement she replied: "I love you but please turn off ur phone or give me a dall [sic]."I cannot support hate. Please stop this. I know this isn't your heart.”

Although she quickly deleted the reply, Elon unfollowed his girlfriend the following day.

But apparently, the pair were able to work things out as he re-followed her just seven hours later.

This year, just months before they publicly split, Grimes conceded that her partner has been "very immature on Twitter".

It all came to a head, reported US Weekly, after the musician shared a video of herself learning sword dancing.

When Grimes shared the video to TikTok, one user asked her why she was dating a man "who is literally destroying the planet and humanity".

A second TikTok user asked Grimes to confirm that Musk was not a "men's rights activist", to which she replied: "He's not. Def he's been very immature at points on Twitter but for ex the president of SpaceX is a woman, as is his right hand [person] at Neuralink etc."

After three years of following the odd couple on social media, Twitter users had a plethora of jokes when news of their split made headlines.

“Good Morning, 'Grimes dating Elon Musk' was a 3 year sociological study conducted by Harvard University. We are now complete with our study. Thank you for your time,” one user wrote.

There were plenty of tweets mentioning baby X, whose name alone brought about a wave of jokes and memes in May 2020 when he was born.

The pair initially named their newborn child X Æ A-12. Unfortunately the name was not in accordance with California state law, as the law prohibits Indo-Arabic numerals in names. To comply with the law, they changed the name to X Æ A-Xii.

User @sryhav2go tweeted, “the breakup was always the plan. they decided to create a child together that would have their intelligence and creative powers. they even gave it a model number for a name!”

Another commenter joked that the couple will, “utilise a 50/50 split-parenting model as X Æ A-Xii is uploaded into a Tamagotchi”.