Tensions are running high between Jason Sudeikis and Olivia Wilde, who are locked in a custody battle for their two kids. (PHOTO: Gallo Images/Getty Images)

It seems that Olivia Wilde has had the last laugh – for now, at least – after she was publicly humiliated five months ago.

Earlier this week the 38-year-old actress and director won her New York custody battle against ex-fiancé Jason Sudeikis (46). This came after the judge ruled that California, where Olivia is based, was home to their two kids, son Otis (8) and daughter Daisy (5).

“For the reasons stated on the record, respondent’s motion to dismiss the custody petitions is granted,” the filing read. 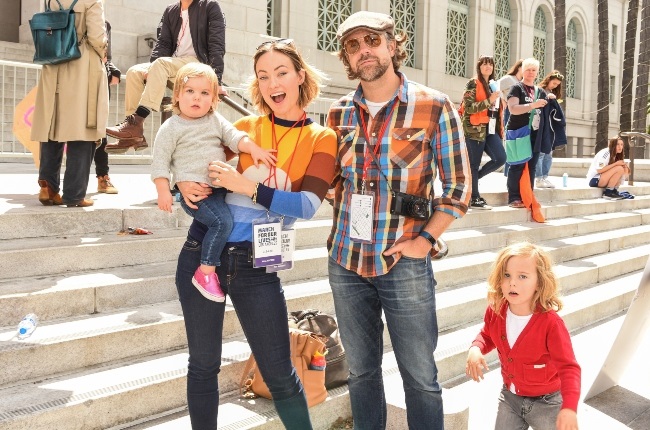 Jason first filed a suit against Olivia in New York in October last year because he wanted Otis and Daisy to live with him in Brooklyn.

But in the legal filing the judge ruled that “New York was not the home state of the subject children and that rather California was the children’s home state”.

It’s hard to believe that the once happy couple, who were engaged for seven of the nine years they were together, have ended up in such a mess.

It all started going pear-shaped when Jason decided that he wanted to go to New York for the year while he was not working and wanted the kids with him during that time. “I did not agree, since the children have not lived in New York for several years,” Olivia said. The pair were engaged for seven years before they called it quits in 2020. (PHOTO: Gallo Images/Getty Images)

Then things took an ugly turn. Olivia was famously handed legal documents while on stage for the CinemaCon event in Las Vegas in April this year. The actress was in the middle of a presentation for more than 4 000 film industry executives about her upcoming thriller Don't Worry Darling when she was handed the envelope. It was an awkward moment but Olivia handled it well.

Later she admitted she was “caught off-guard” and said that Jason had embarrassed her professionally. “Jason’s actions were clearly intended to threaten me. He could have served me discreetly, but instead he chose to serve me in the most aggressive manner possible,” she said in her court filling.

But Jason, who also revealed in the documents that Olivia and the kids moved in with her boyfriend Harry Styles, says he did not want to serve her while she was on stage and was "deeply upset" with how things transpired.

In his own filing the Ted Lasso star says he requested the documents to be served to Olivia at Heathrow Airport in London and not at her home because he was scared their kids might witness it. Olivia was served with custody papers while she was on stage at an event in April this year. (PHOTO: Gallo Images/Getty Images)

“I understand that the process server had only done her job; however, I deeply regret what happened. Olivia’s talk was an important event for Olivia, both professionally and personally, and I am very, very sorry that the incident marred her special moment,” he said.

After splitting up in 2020 the two have gone from friendly exes co-parenting to now being in a bitter and public custody battle for their two kids.

And experts believe the conflict is likely to continue. Especially because Olivia is considering moving to London where Harry (28) lives. Olivia and Harry Styles have been dating for more than a year now. (PHOTO: Gallo Images/Getty Images)

According to a family lawyer in Texas, Holly Davis, it is very unlikely that Olivia will be allowed to take their kids to London. “It is highly unlikely that Olivia can move to the UK due to the principle that family courts hold to, which is to keep parents together generally near their children while they are divorcing,” she says.

Holly also says if Olivia and Jason cannot reach an agreement, a judge will have to decide.

We live in a world where facts and fiction get blurred
In times of uncertainty you need journalism you can trust. For 14 free days, you can have access to a world of in-depth analyses, investigative journalism, top opinions and a range of features. Journalism strengthens democracy. Invest in the future today. Thereafter you will be billed R75 per month. You can cancel anytime and if you cancel within 14 days you won't be billed.
Subscribe to News24
Related Links
How hotshot Harry Styles became so much bigger than One Direction ever was
It’s official: Jason Sudeikis moves on from Olivia Wilde heartbreak with Keeley Hazell
Inside Gigi and Zayn's toxic relationship: a meddling mom, anger issues and a looming custody battle
Next on You
Experts weigh in on what they believe happened to Paris Hilton’s missing pet pooch