Halle Bailey is the face of The Little Mermaid remake set to come out in May 2023. (PHOTO: Getty Images/Gallo Images)

Disney's live action adaptation of its animated classic The Little Mermaid won't be in cinemas until May next year, but the online outrage the film's trailer has received is astounding.

The film, the latest in an ever-growing number of live action remakes of Disney's animated hits, has upset online critics because the titular mermaid, Ariel, is played by a black actress, Halle Bailey (22).

Halle is half of the musical duo Chloe x Halle with her sister Chloe Bailey. The sisters have earned five Grammy nominations since 2018 and Halle has appeared in the series Grown-ish, the Disney+ movie, Let It Shine and an upcoming musical movie adaptation of The Color Purple.

Despite her competence as an actress and a singer, Halle's mere presence, as a fictional fairytale character, prompted more than a million people to click the dislike button on the trailer when it dropped on YouTube recently – all because the actress is black.

This was followed by a flood of racist grumbling on social media.

Before Halle was cast as Ariel, only one other black actor had played a Disney princess – Anika Noni Rose was the voice of Tiana in The Princess and the Frog, so Halle gets the barrier-breaking importance of having Ariel's fins.

“I want the little girl in me and the little girls just like me who are watching to know that they’re special, and that they should be a princess in every single way,” Halle told Variety.

“There’s no reason that they shouldn’t be. That reassurance was something that I needed.”

She posted a Q&A session on her YouTube channel addressing the faux-controversy.

hey guys ??i answered all your questions in my q&a you can watch it here ♥? https://t.co/fxkyzuBk6N

“Today, with all of the kind of commentary and people’s opinions going on, it just reminds me to be grounded and grateful that I have this opportunity, and the fact that it’s sparking such a discussion like this for all of us,” she said.

Since the trailer dropped, parents have been posting their children's heartwarming reactions to seeing a Disney princess who looks like them.

"Mommy! She's brown like me!" says one little girl in a TikTok clip.

Another girl is barely able to conceal her joy as she watches the trailer, asking her mom, "Is that her? Is that Ariel?"

In other video clips, kids beamed at the mermaid who shared their skin colour.

"Wow," exclaims Rylie (2) as she turns to face her sister, McKenzie (4), who is equally captivated by the trailer.

Rylie's father, William Fleming, said that he and his wife were crying when they saw their daughters' reactions.

“There’s no question our kids were looking at the TV and thinking, ‘She looks like me’,” he said.

“Seeing diversity in Disney movies is so important. Representation matters — just look at our daughters' faces.”

Halle's grandparents have been a bedrock of support for her, she said.

"It was an inspiring and beautiful thing to hear their words of encouragement. They told me, 'You don't understand what this is doing for us, for our community, for all the little black and brown girls who are going to see themselves in you'. 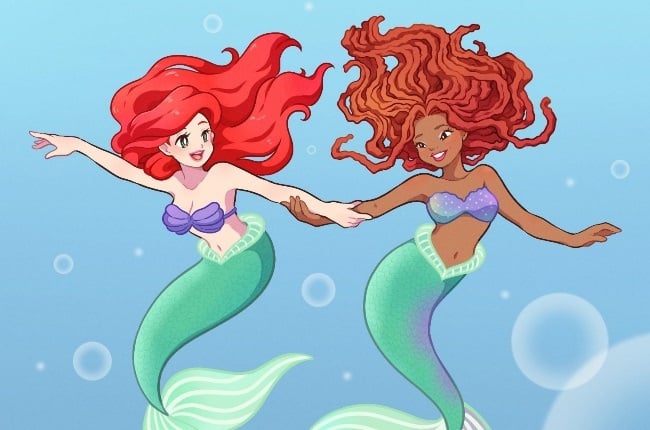 The new adaptation of the classic story has inspired some fan art that points out the inclusivity of the remake. (PHOTO: Twitter@porky'speople)

READ MORE| Actress Amandla Stenberg sets the record straight on her name: ‘It means power to the people and I can pronounce it’

Rachel Zegler who is Latina and has been cast as Snow White in the upcoming Disney film, joined Jodi Benson, who voiced Ariel in the 1989 animated Little Mermaid movie, in posting messages of support for Halle. 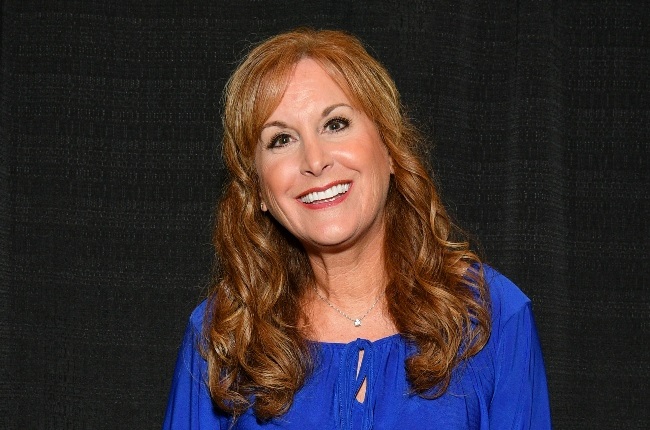 Jodi Benson voiced Ariel in the 1989 film and she supports Halle all the way. (PHOTO: Getty Images/Gallo Images)

“I’m SO proud of you & your beautiful performance as Ariel,” Jodi wrote.

Trevor Noah also stepped in to remind people that it's not possible to construct any sort of good-faith argument that Ariel should not be black.

Many social media users also shared their thoughts on the importance of representation in movies.

@porkyspeople wrote, "All this #notmyariel noise is unbelievably upsetting. Little black girls around the world deserve to see themselves in fairytales, too."

Halle, speaking about the significance of playing Ariel, said, “I know what it would've meant to me as a little girl to have been able to see a black Ariel when I was younger, she says. "If I would've seen that, it would have changed my whole outlook on life.”