A sincere man with a genuine soul – this is how Paul Walker is still being remembered even years after his passing.

Yesterday marked eight years since the death of the Fast & Furious actor, who lost his life in a fiery car crash on 30 November 2013 while filming Furious 7.

Paul, who was nicknamed Pablo by his co-star Vin Diesel, became very close to the Fast & Furious frontman while filming.

Not a day goes by that he doesn't reflect on their brotherhood they were “blessed” to share, Vin says.

“My children always tell me uncle Paul is with you dad, always... and I know in my heart that they are right,” he said in a heartfelt post on social media.

In his tribute the 54-year-old actor said the pair shared many highs and lows.

He still remembers the day he told his buddy that he was going to become a father for the first time.

Paul gave him advice he will never forget, he says.

“You said a lot of tough guys will tell you to wait outside of the delivery room, but that’s wrong.

“Go in there, actually cut the umbilical cord and it will be the best day of your life.

“You, of course, were talking from experience, having already an angel of your own.” Close friend and co-star Vin Diesel says not a day goes by that he does not reflect and remember their brotherhood. (PHOTO: Gallo Images/Getty Images)

The angel Vin is talking about is Paul’s daughter, Meadow (23).

Meadow was only 15 when her dad died. “I love and miss you endlessly,” she wrote in her tribute on the anniversary of his death.

“Today and every day I celebrate your life, your love. And you, my best friend,” she captioned a baby photo of her and her dad.

Since Paul's passing, Meadow has bonded with his Fast & Furious castmates – particularly Vin, who has taken her under his wing.

Earlier this year she shared a sweet photo of herself embracing the actor and his 13-year-old daughter, Hania.

“Family,” she captioned the snap.

“Meadow counts Vin and his kids as family and will talk to them on days she’s struggling, and she has their backs too,” a source close to her says. 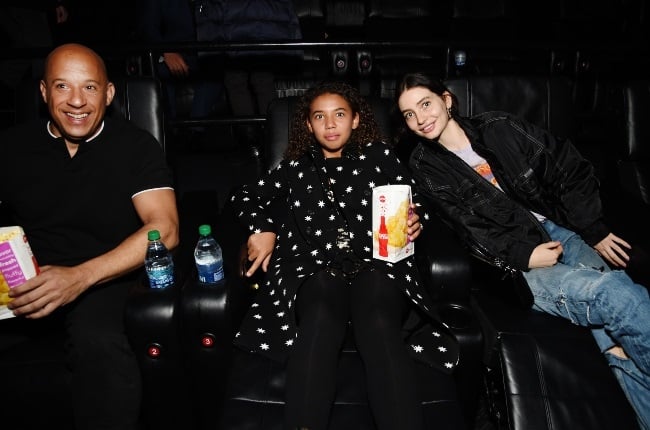 Meadow with Vin Diesel and his daughter, Hania. The girls have become so close Hania was even Meadow's maid of honour. (PHOTO: Gallo Images/Getty Images)

They've become so close Vin walked Meadow down the aisle when she married Louis Thornton-Allen in October this year, while Hania was her made of honour.

“Look at this photo Pablo, it will make you smile,” Vin said on social media.

“Today, 8 years ago we lost our dear brother, one of my best friends and truly someone who had my back,” Tyrese Gibson wrote.

“Anyone who was blessed to meet and know Paul would tell you that these stories are all true. Rest angel rest, we are all forever indebted to you.”

Jordana Brewster, who played Paul's love interest in the films, posted a picture of the late actor, simply captioning it “8 years”.

“On this eight year anniversary of Paul Walker's death, lets honour his memory by supporting the Paul Walker Foundation in their efforts to do good for the world through ocean conservation, education and more,” he wrote.

Meadow started the foundation, which works to support future leaders in marine science and oceanography in the fight to protect oceans, wildlife and the planet, shortly after her dad’s death.

“To honor my dad’s legacy, we hope you’ll join us to Do Good,” she said in a separate tribute.

“Your support allows us to spread goodwill where it’s needed most, transforming lives and caring for our planet in the process.” His now 23-year-old daughter, Meadow Walker, was only 15 when her dad died. In her tribute she called him her best friend. (PHOTO: Gallo Images/Getty Images)

Vin has taken to his role as Meadow's surrogate father like a fish to water.

He's proud of everything Meadow, who is also a successful model, has achieved and knows Paul would be too.

“There are moments when I see her playing with my daughter, Pauline, and it hits me so deep, ’cause I can only imagine what my brother sees when he sees that,” he says.

“To see her with my children is one of the most beautiful things.

“Tragedies in life are always followed by life’s blessings, if you just stay open and have faith.”

We live in a world where facts and fiction get blurred
In times of uncertainty you need journalism you can trust. For only R75 per month, you have access to a world of in-depth analyses, investigative journalism, top opinions and a range of features. Journalism strengthens democracy. Invest in the future today.
Subscribe to News24
Next on You
What a mama’s boy! Will Smith dances with the favourite woman in his life