Colin Farrell and his former partner Kim Bordenave have reportedly filed a conservatorship for their son James, months before he turns 18 in September. (CREDIT: Gallo Images / Getty Images)

Irish actor Colin Farrell has filed for conservatorship of his son, James (17), who has Angelman syndrome, a rare genetic disorder characterised by developmental delays, lack of speech, seizures and impaired balance.

According to the court petition, Colin (44) and James' mother, Kim Bordenave (49), are requesting to be named co-conservators of a limited conservatorship as their son approaches the age of 18.

In California, where the petition was filed, a limited conservatorship grants conservators certain rights to care for another adult who has a developmental disability.

Colin and Kim state in their legal documents that James continues to be in need of daily assistance, including preparing food and getting dressed, as they oversee his health and wellbeing.

They are seeking court permission “to be in charge of finding proper housing for their son, power to access confidential records, withhold consent of marriage, enter into contracts, give medical consent and the power to make educational decisions”.

The actor has reportedly stated that his son would not be able to attend a court hearing as it would raise his anxiety levels. However, he added that if James was able to vocalise it himself, he would want the conservatorship. Over the years, the Irishman has been open about his son's challenges with the rare neuro-genetic disorder.

Back in 2012, he opened up about the ups and downs of James’ condition, after spending the first few years of the boy’s life coping in private.

“We share in the smallest victories: the first words at age six or seven, being able to feed oneself at 19 and getting the seizures under control,” he told InStyle magazine.

“When James took his first steps at age four, I nearly broke in half.”

Speaking of his decision to go public, he said: “It was at the Special Olympics in Shanghai in 2007 that I decided, after consulting with James' mother, that I wanted to talk publicly about the pride and joy I had in our son.

“He has enriched my life, but I don't want to minimise the trials that so many families go through; the fear, consternation, frustration and pain. When you're the parent of a child with special needs, it's important to feel that you're not alone.” 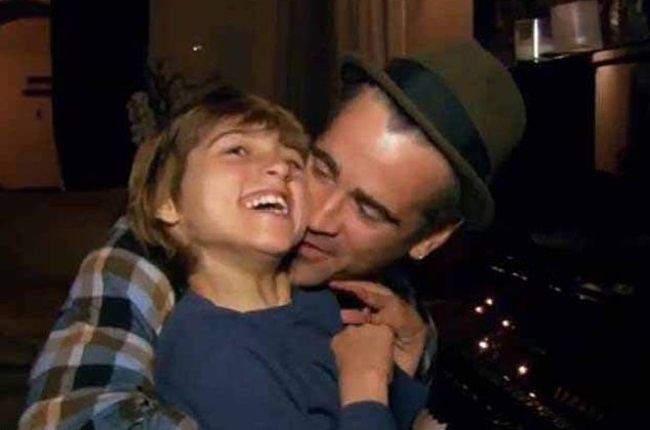 Colin said of his decision to go public with James' condition in 2017, “When you're the parent of a child with special needs, it's important to feel that you're not alone.” (CREDIT: The Ellen Show)

In a 2017 interview with US news programme Today, Colin had words of encouragement for other parents who may have differently abled children.

“The struggles of a child with special needs can be so brutal that they can tear at the very fabric of your heart, but the love shared and the pure strength and heroism observed is the needle and thread that mends all tears,” he said.

“I would humbly say to parents of a child with a recent diagnosis of any disorder that while they may well be experiencing the death of one dream, that dream of having a healthy child, there are a thousand dreams and milestones that are yet to reveal themselves." Back in 2019, Colin told Ellen DeGeneres he misses his two sons terribly when work keeps him away from home. He has also said they enjoyed the time they spent together during lockdown last year. Colin also has an 11-year-old son, Henry, with Polish actress Alicja Bachleda-Curus, his co-star in the 2009 drama Ondine. The pair split in 2010.

“Last year I think I worked for about a month. Gainfully unemployed for about 11. It was lovely, I was just home with the boys,” he said.

“It's hard because I travel six or seven months of the year. It's tough on them. It's tough on me. I miss them so much. I just get home and get in their faces to the point they're actually sick of looking at me. Truly.”

Colin has worked with the Foundation for Angelman Syndrome Therapeutics (Fast) to help raise awareness, as well as empower the families of those affected by the disorder.

What is Angelman syndrome?

Angelman syndrome is a genetic condition that affects the nervous system and causes severe physical and learning disabilities. Adults have distinctive facial features often described as “coarse”. Other common features include unusually fair skin with light-coloured hair and an abnormal side-to-side curvature of the spine. The life expectancy of people with this condition appears to be nearly normal, but they need support throughout their lives.