Last Christmas actress Emilia Clarke revealed she was just 28 years old when she was told to get fillers to combat ageing. (PHOTO: GALLO IMAGES / GETTY IMAGES)

We all know Hollywood has no chill – but when Game of Thrones star Emilia Clarke gets told she’s losing her looks, we can all appreciate her outrage.

“I once had a facialist who told me I needed fillers, and I showed her the door. I was literally just like, ‘Get out’. Her exact words were, ‘Then, you can have your face back’. At that point I was 28,” she told Elle of her experience.

The global brand ambassador for Clinique with those enviable eyebrows believes in ageing naturally, like wine, and shared she won’t be buckling under the pressure to have work done anytime soon.

"At 34, I am wiser, more intelligent, I've had more experiences, I've done all this stuff and I'm proud of that,” she says. “You can only do that because you are the age you are. Time is the only thing [that] allows you to do those things. So, if my face is gonna reflect the time that I've spent on this earth, I'm down for that."

The Last Christmas star shared that she looks up to her mom and older actors “who are f***ing beautiful” without having undergone any procedures.

“I can imagine them all saying, ‘Ssh, you do not get to talk about this yet’, but I've got lines on my forehead!”

Best known as Khaleesi in GOT, Emilia also underwent treatment for two brain aneurysms in 2013 and revealed it changed how she saw herself.

“I felt so deeply unattractive. What I can see now is that I could see the pain behind my eyes. And no amount of anything can cover that.”

She admits it took a long time before regaining her confidence but when she did, her relationship with beauty, makeup and prioritising self-care was first prize.

“My face didn’t change, but my feelings about myself changed.”

The actress, whose self-care routine includes hot baths with lavender oil, candles and meditation, says she’s learnt to be kind to herself and admits that maybe, in time, her perspective on injectables might just change.

“I’m allowing myself room to change my mind,” she said. “I definitely don't want it now, but I’m not saying I won’t want it later.”

See what these fierce females have had to say about ageing and botox: 2010 vs NOW: “It goes against my morals, the way that my parents brought me up and what I consider to be natural beauty,” the actress, who started the British Anti-Cosmetic Surgery League with Emma Thompson, once said. (PHOTO: GALLO IMAGES / GETTY IMAGES) 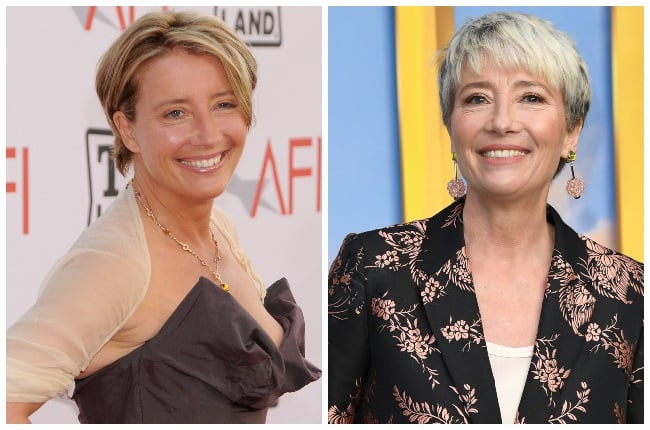 2010 vs NOW: "It's chronically unhealthy and there's this very serious side to all of that because we're going to end up with this sort of 'super culture' that's going to suggest to young people, girls and boys, that this looks normal. And it's not normal." (PHOTO: GALLO IMAGES / GETTY IMAGES) 2010 vs NOW: "I think it is terrible, these girls in their late 20s injecting their faces and lips. One told me, 'If I kill my muscles now, I'll never get wrinkles'. Can you imagine?" (PHOTO GALLO IMAGES / GETTY IMAGES) 2010 vs NOW: “Ageing is a gift. I’ve seen too many friends have botched jobs to want to go there.” (PHOTO: GALLO IMAGES / GETTY IMAGES) 2010 vs NOW: “I just want to always look like myself, even if that's an older version of myself. I think when you do too much of that cosmetic stuff, you become somebody else in a way." (PHOTO: GALLO IMAGES / GETTY IMAGES)