Katy Perry opens up about her suicidal thoughts after her 2017 split from Orlando Bloom.

During a candid interview on radio SiriusXM CBC, the Daisies songstress, who’s expecting her first child with the Pirates Of Caribbean actor, revealed that she hit an all-time personal and professional low after her split with Orlando.

“My career was on this trajectory when it was going up, up and up and then I had the smallest shift, not that huge from an outside perspective. But for me it was seismic,” Katy said.

“I’d given so much out, and it literally broke me in half. I’d broken up with my boyfriend, who is now my baby daddy-to-be.

“And then I was excited about flying high off the next record. But the validation didn’t make me high, and so I just crashed.”

You may also like | Katy Perry and Orlando Bloom reveal the gender of their baby – and they couldn’t be happier!

Katy went on to say that her deep-rooted faith and “gratitude” had saved her life, Daily Mail reports.

“It was so important for me to be broken so I could find my wholeness in a whole different way.

“And be more dimensional than just living my life like a thirsty pop star all the time.

“Gratitude is probably the thing that saved my life, because if I didn’t find that, I would’ve wallowed in my own sadness and probably just jumped.

“But I found the ways to be grateful. If it gets really, really hard I walk around and say, ‘I am grateful, I am grateful!’; even though I’m in a sh*tty mood,” she said.

The songstress, whose parents were both Pentecostal pastors, went on to reveal that she now knows how to cope with her mental health issues. 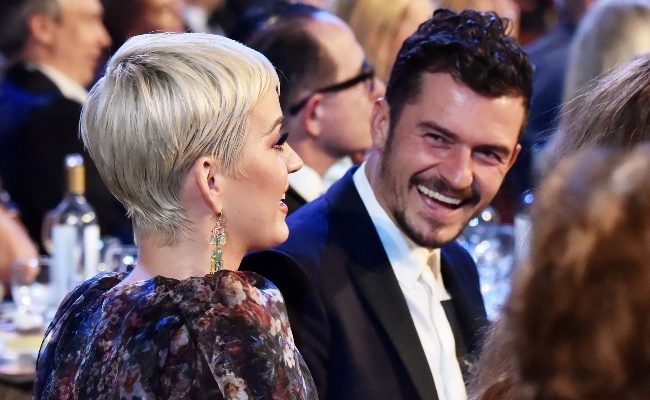 In a recent interview, the Never Worn White singer revealed that she and Orlando want their daughter to name herself, E News reports.

“We have yet to decide specifically on her name because, I think, we’ve got options and she’ll tell us. I’ll look at her and go, ‘Oh yeah, yeah, you’re her, you’re that.’

“It’s a wild time to bring life into the world,” Katy added.

“People were already having those kinds of conversations years ago where it’s like, 'Man, the world feels a little uncertain.’ And now, it really feels shaky boots.”

Katy and Orlando announced they were expecting in March.